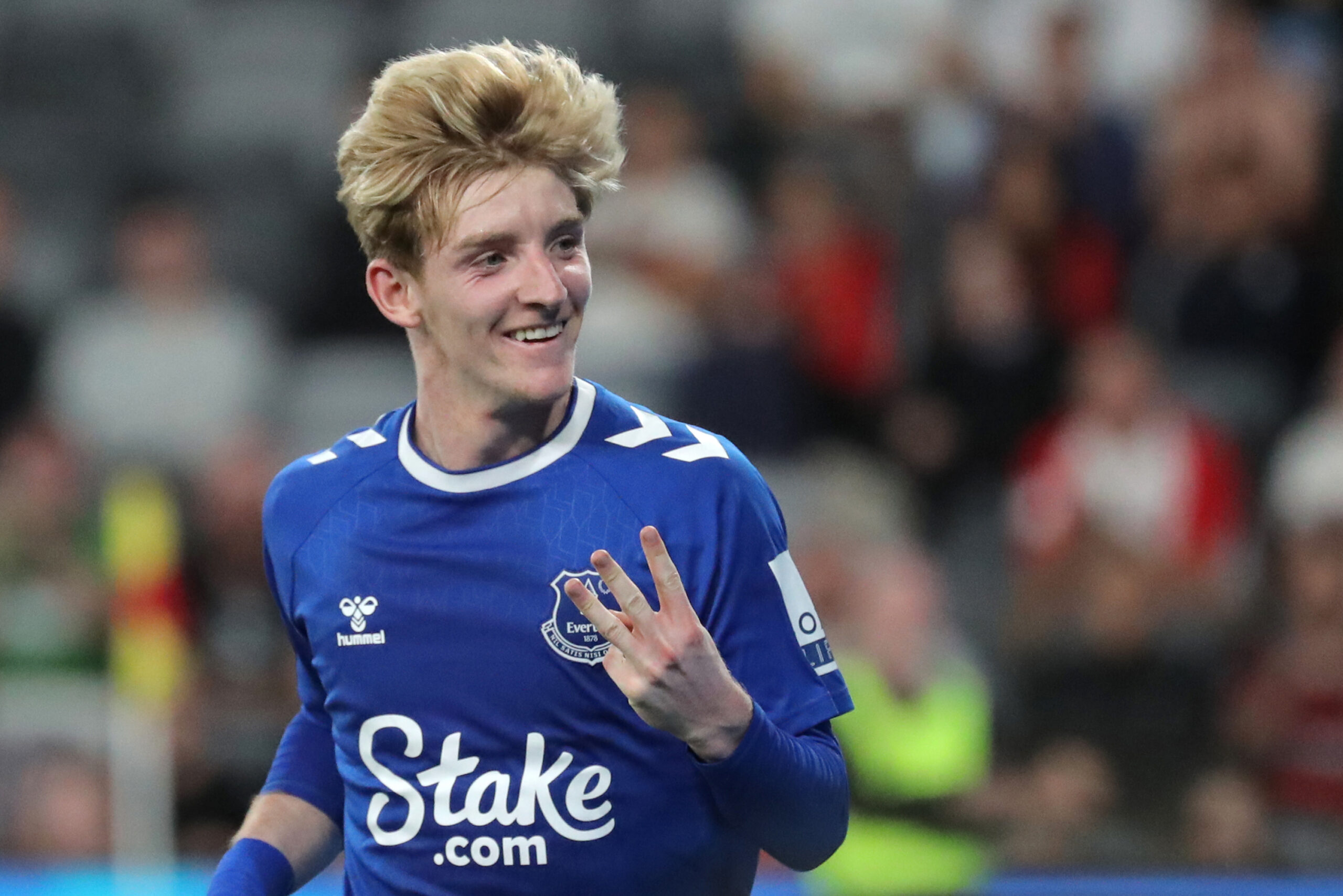 The 21-year-old is one of the most valuable players at the Merseyside club.

He is an academy graduate of the Toffees who made his competitive debut in December 2017. So far, he has made 78 senior appearances, registering seven goals and providing eight assists.

The West London outfit wanted to sign the talented forward in the summer but Everton rebuffed their attempts.

However, their stance could change now as they are desperate to raise funds for new signings.

According to The Telegraph, Graham Potter’s side are eyeing a move for Gordon amid the crisis at the Toffees following the sacking of Frank Lampard as their manager.

The Premier League giants are said to be willing to reach an agreement that would see the 21-year-old stay at Goodison on loan for the remainder of the season.

They face competition for the England Under-21 international as Newcastle United have also been credited with an interest in him.

Chelsea are also reportedly keen on Amadou Onana who arrived in Merseyside in the summer. But despite their financial problems, Everton are highly reluctant to sell the Belgian midfielder.

The Blues have been very active in the January transfer window, despite a very busy summer. They have already signed the likes of Mykhailo Mudryk, Noni Madueke, David Datro Fofana and Benoit Badiashile.

However, the West London side are not done yet as they are still looking for a new midfielder as well as a right-back.