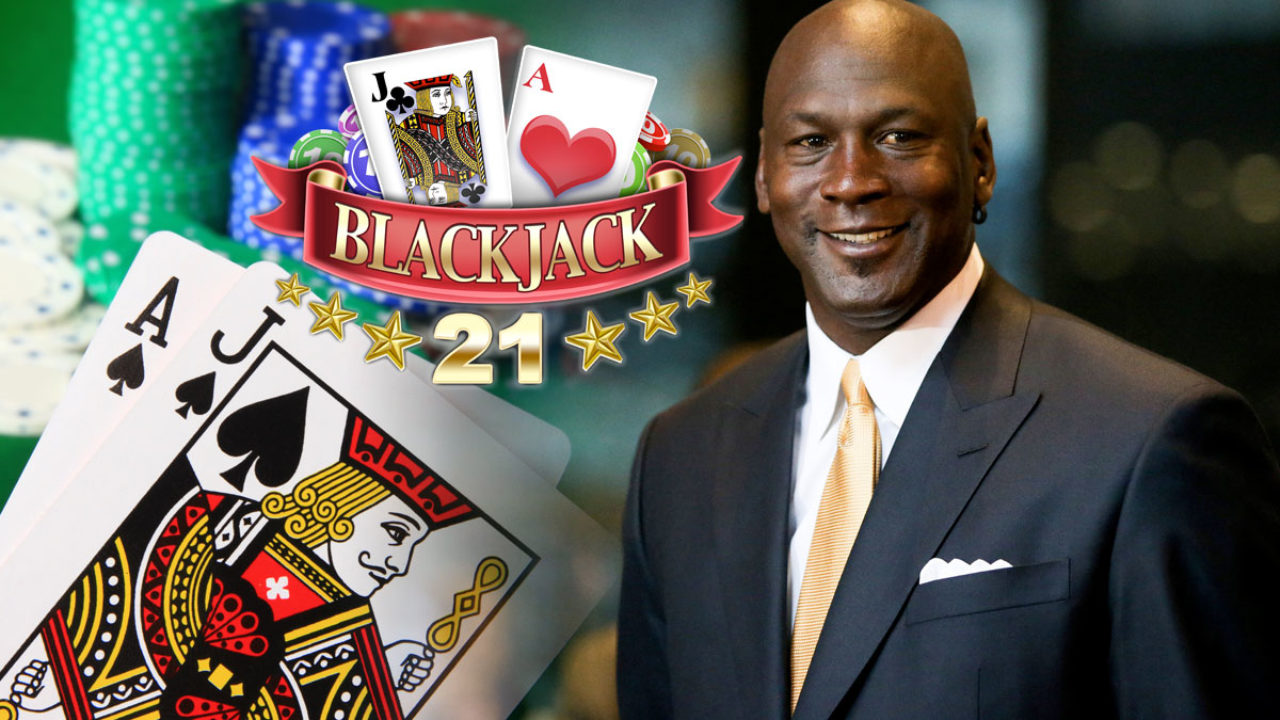 Many professional athletes have an affinity with the casino. Maybe it’s due to a competitive personality type combined with the financial freedom to enjoy it or possibly it’s that casinos make for a cathartic escape from the stresses of the high pressure sporting environment – one thing is for sure that many of the world’s best loved sportspeople also love to gamble.

Of all the athletes on this list, MJ is perhaps the personality with the most gambling anecdotes to his name. Even during the height of his career, the Bulls shooting guard was known to abscond from his hotel room to the nearest casino the night before a big game.

The eve of a crucial playoff tie against the New York Knicks in 1993 saw Jordan check out early from his hotel and spend the evening – and much of the morning – at Bally’s Casino in Atlantic City. The Bulls won the Eastern Conference finals series 4-2 against the Knicks and went on to win the NBA finals against the Phoenix Suns 4-2 to earn MJ his third ring.

The current chairperson of the Charlotte Hornets was known to extend his exploits beyond the walls of the casino. Golf hustler James Slim Bouler famously won $57,000 USD from Jordan in a single weekend on the course.

Jordan famously had his very own Blackjack table reserved for him at the Monte Carlo Casino, Monaco. He would sit for hours playing all five hands with only his security – some speculate a personal card counter – stood behind him.

A-Rod is considered by many to be one of the greatest baseball talents to have ever lived, racking up a 22 season MLB career at teams like the Seattle Mariners, the Texas Rangers and the New York Yankees. The three time MVP, one time World Series Champion and fourteen time All Star also loved to play Texas Hold’em in his spare time.

The shortstop broadcast his penchant for sports betting recently by backing an app with his business partner Marc Lore. ‘Mojo’ resembles a kind of stock market for athletes that allows users to trade on their performances as they improve or worsen throughout the season and is touted as a more accessible way than stocks and shares for millennials to get into trading.

Brazilian soccer superstar Ronaldo – not to be confused with Portuguese soccer superstar Cristiano Ronaldo – was at the height of his sporting career in the late 90s and early 2000s. He was an integral part of Brazil’s 1998 FIFA World Cup campaign where they came away as runners-up to a powerful French side.

Since hanging up his boots, the larger than life Brazilian personality has made a name for himself as a keen poker player, appearing often on televised events and charity games. In 2014 he was involved in a tournament against number one tennis pro Rafael Nadal.

Big John revolutionized the golfing landscape with his lengthy drives, flashy wardrobe and no-nonsense attitude, a shock to the sport’s conservative cohort. He inspired a generation of youngsters to pick up a club for the first time by showing them that it wasn’t a game reserved only for the social elites.

Still playing the PGA tour at the ripe age of 72 years, he began his 2022 campaign in fine style, even topping the leaderboard for a brief stint and celebrating after the first round at the local casino. Daly likes to unwind playing slots but has also been known to frequent table games armed with winnings collected from the fairway.

To much of the world, Gerard Piqué might be better known as the ex husband of Colombian pop sensation Shakira, who made headlines recently when she found herself embroiled in a multi-million euro tax scandal, but to soccer fans he is a highly decorated Spanish superstar defender who was part of his country’s 2010 FIFA world cup winning side. However, even sports aficionados might not know that Piqué also has a prodigious talent at the poker table.

In 2019, the former Barcelona center-back took part in the EPT High Roller Event in Barcelona with a buy-in of €25,000 and finished in second place coming away with a prize of over €350,000. The Hendon Mob Poker Database puts his career winnings at $668,155 USD which places him at 33rd in Spain’s all time money list.

Celebs of any type often receive the red carpet treatment when they walk on to the casino floor but the experience is there to be enjoyed by any adult. With the advent of the internet and smart devices, it’s now possible for anyone, anywhere to enjoy a selection of casino games from the comfort of their own home.