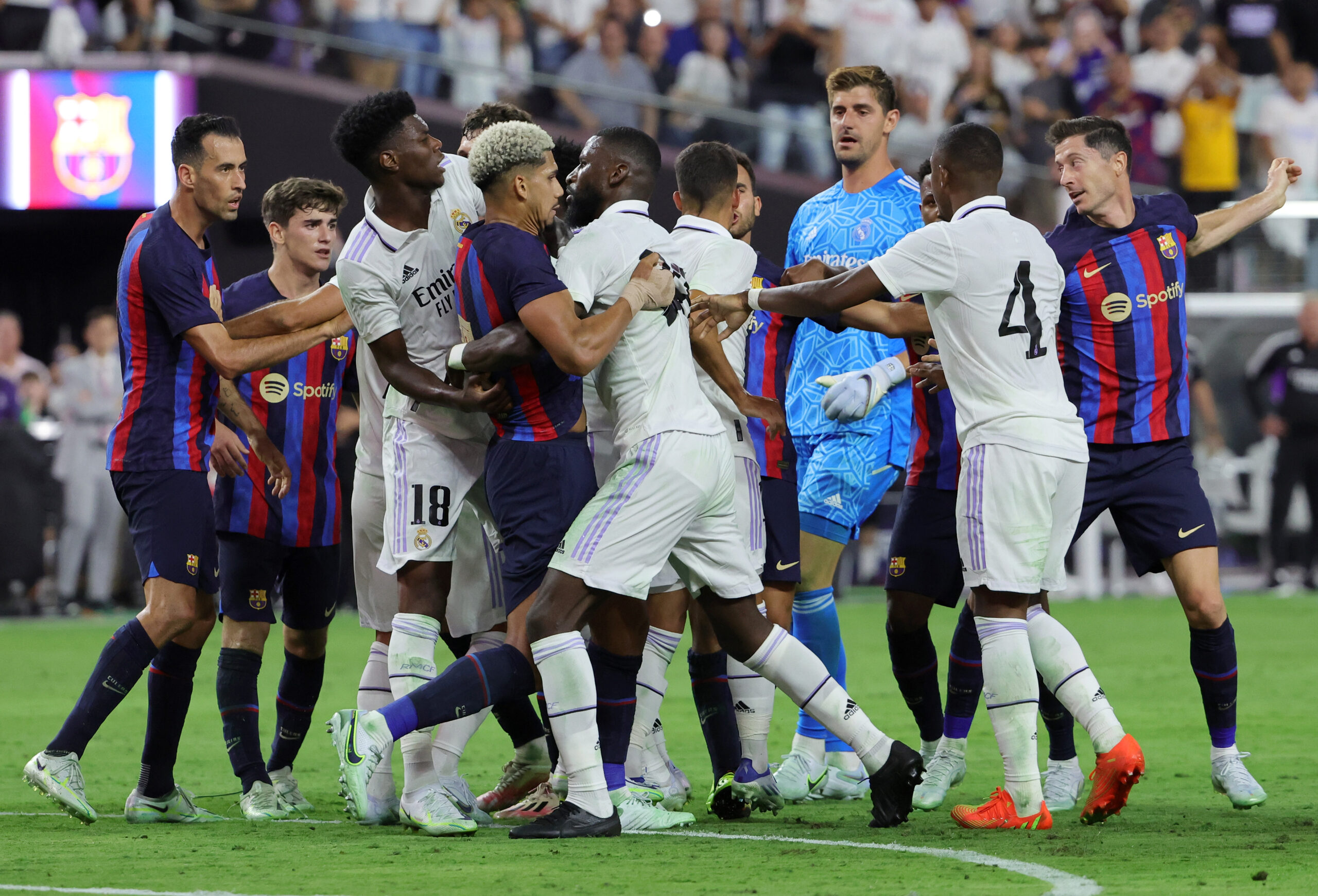 With the Qatar World Cup just around the corner, the world’s attention may have gone astray from club competitions, but that could change in October.

Numerous high-profile match-ups across Europe’s top-five leagues are waiting in the wings as we take a look at the five worth watching.

All matches listed below will be available to watch online via live soccer streams, so make sure to check out the page to avoid missing out on some of Europe’s finest fixtures.

One of the most highly anticipated fixtures on the Bundesliga calendar pits Borussia Dortmund against perennial champions Bayern Munich on October 8.

Signal Iduna Park has been a happy hunting ground for the Bavarians in recent years as they’ve won their last three league visits to Dortmund by an aggregate score of 7-4.

Julian Nagelsmann’s team will hope for more of the same, especially after entering September’s international break winless in four straight Bundesliga matches for the first time since 2002.

As for Dortmund, after being forced to play second fiddle to Bayern for a decade, they are desperate to end the Munich outfit’s long-term reign of dominance in German football, emphasising the importance of this fixture.

The rivalry that goes beyond the football pitch and divides not just Spain but the entire planet will witness its newest chapter on October 16 when Barcelona and Real Madrid lock horns at the Santiago Bernabeu.

It’s been almost three years since the famous El Clasico had such a massive bearing on the La Liga title as the arch-nemesis have proved their credentials early in the season.

Hunting for consecutive league trophies for the first time since 2008, Los Merengues have begun their title defence with a 100% win ratio across nine games in all competitions.

But led by the new talisman Robert Lewandowski, the Blaugrana are not far behind, having racked up five La Liga victories on the spin since a scoreless home draw with Rayo Vallecano on the opening weekend.

October 16 is booked for a mammoth Ligue 1 showdown between joint-record French champions Paris Saint-Germain and Olympique Marseille at the Parc des Princes.

Tied with Saint-Etienne on ten Ligue 1 titles each, PSG could make history this season by lifting the second successive top-flight title, and there’s a feeling that no one can stop them.

However, nine-time champions Marseille have been going toe-to-toe with Cristophe Galtier’s star-studded side early in the season, with just two points separating the two sides ahead of September’s international break.

So the Parc des Princes match-up could prove a pivotal moment for the 2022/23 Ligue season, especially if the visitors can arrest a three-game winless H2H league run (D1, L2).

The 51st installment of the Manchester derby in the Premier League takes place this weekend as Manchester City and Manchester United go head-to-head at the Etihad Stadium.

Unbeaten after the opening seven league rounds (W5, D2), the Cityzens have enjoyed a stellar start to their title defence but are still lagging one point behind pacesetters Arsenal.

On the other hand, following abysmal back-to-back defeats in his opening two top-flight games at United’s helm, new Red Devils boss Erik ten Hag has led his side to four league victories on the trot.

With both sides heading into proceedings in high spirits, neutrals should be in for a spectacle as Man Utd aim to avenge a brace of H2H losses from last season.

Stadio San Siro forms the backdrop for a mouth-watering Serie A clash between the two most successful Italian clubs, AC Milan and Juventus.

Both teams boast a wealth of domestic and continental success, making this long-standing rivalry one of the fiercest in Europe, let alone Italy.

Stefano Pioli’s men halted a decade-long wait for the Scudetto last season and are keen to build on it, while their visitors seek redemption following a couple of underwhelming seasons.

However, Juventus’ disappointing start to the 2022/23 season has brought Massimiliano Allegri’s future in Turin to a crossroads, as he risks being sacked in case of another poor result in Lombardy.