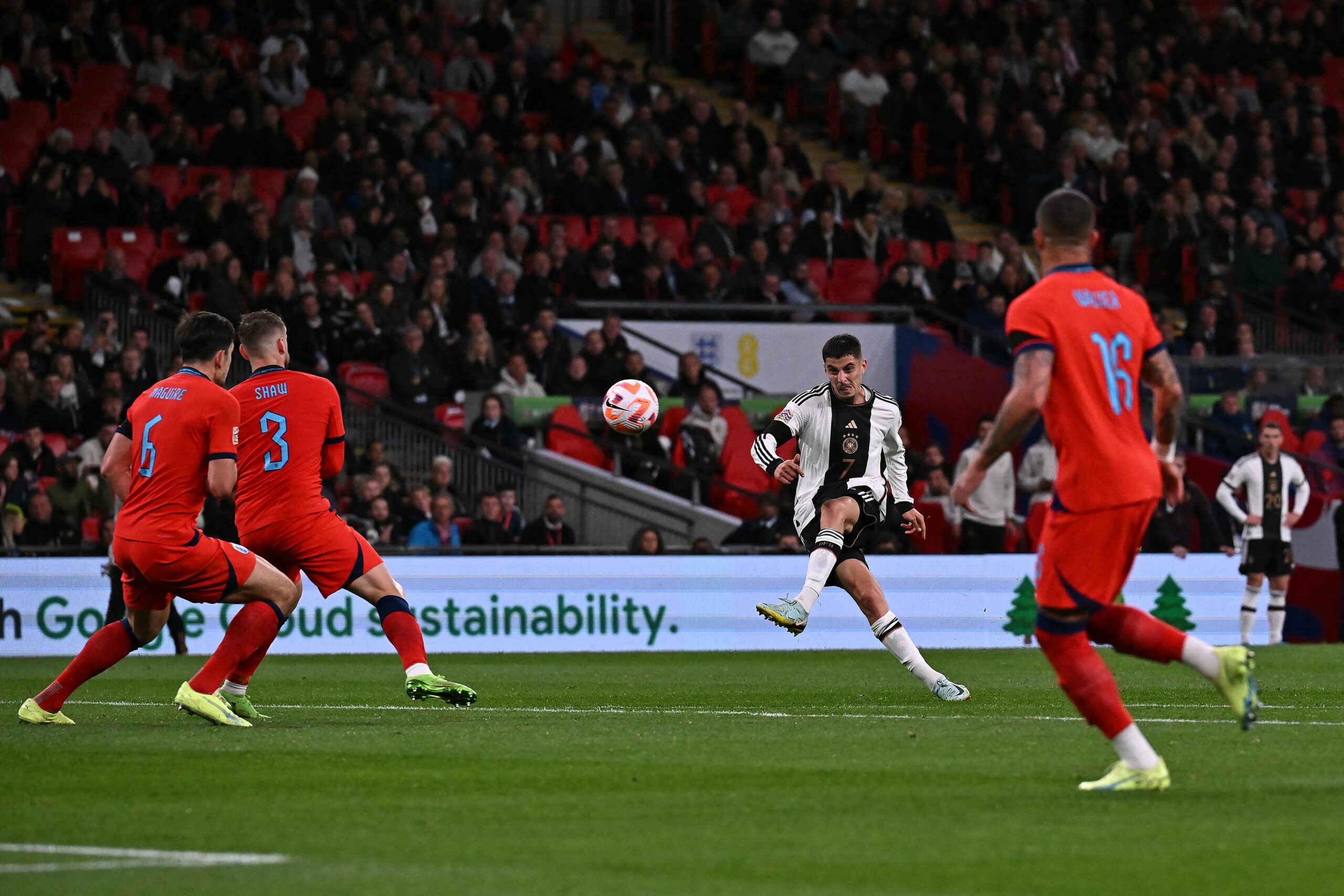 Chelsea star Kai Havertz produced a masterclass for Germany in the recent 3-3 draw with England at the Wembley Stadium.

The 23-year-old has endured a difficult start to the 2022-23 season, scoring only one goal in six Premier League appearances.

However, the talented forward put his league struggles behind him as he struck twice in the second-half to provide a vital contribution in the high-scoring draw for his country.

His first goal was especially more eye-catching as he picked the ball up outside the box before curling a magnificent effort past the goalkeeper in the 67th minute.

The 23-year-old earned an incredible 8.39 WhoScored rating, having won two aerial duels and completing 80 percent of his passes.

He was part of Hansi Flick’s matchday squad against Hungary but was featured off the bench for the last 20 minutes.

The German boss started Havertz for the Wembley encounter and he repaid the faith of his manager by delivering a spectacular performance.

His recent display will likely excite Chelsea fans who will be hoping the centre-forward replicates that amazing form in the Premier League.

The Blues signed Havertz in the summer of 2020 from Bayer Leverkusen in a deal worth around £71 million.

However, he has failed to make a huge impact at Stamford Bridge so far. The German struck only four goals in 27 league appearances in his debut campaign but he did score the winner for his side in the Champions League final.

His numbers improved last season as he scored eight goals in 29 appearances in the English top-flight (stats from Transfermarkt).

However, the 23-year-old has made a slow start in 2022-23, failing to score in his first five league games.

But we could see a revival in his fortunes at Chelsea following his spectacular display while on international duty.