Who is Arsenal wonderkid Ethan Nwaneri who recently made Premier League history? 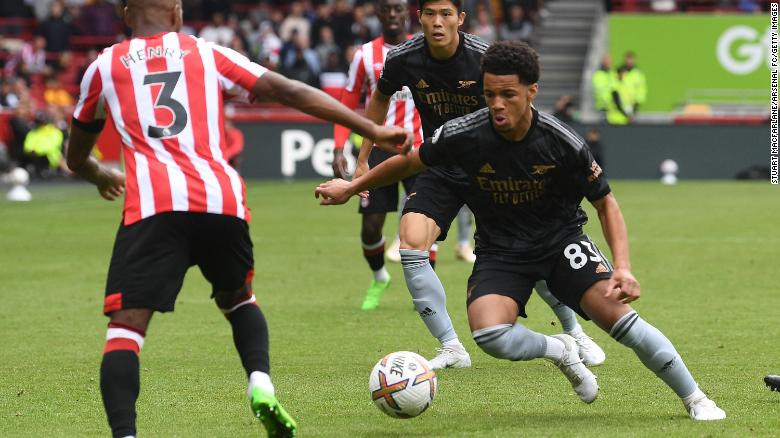 With victory almost secured against Brentford on Sunday, Arsenal manager Mikel Arteta hooked off Fabio Vieira to bring in Ethan Nwaneri in the 92nd minute of the game.

The youngster touched the ball only once but created Premier League history in the process.

Nwaneri, aged 15 years and 181 days old, became the youngest player ever to play in the Premier League. This record was previously held by Harvey Elliott who was only 16 years and 30 days old when he made his debut in the English top-flight for Fulham in 2019.

Cesc Fabregas and Jack Wilshere were 16 years old when they earned their debuts for Arsenal, but they have now been surpassed by the English youngster after the Gunners’ 3-0 victory over Brentford on Sunday.

Who is Ethan Nwaneri?

The English youngster joined the Gunners academy when he was only nine years old. He earned his U18s debut at 14 and impressed with his performance in his first game against Reading.

The midfielder struck a curling left-footed shot into the top corner from the edge of the box and that goal attracted a lot of attention.

He was also outstanding in a pre-season match against Slough Town in July. The Gunners youth team lost but Slough boss Neil Baker specially praised Nwaneri after the match.

“Their number 10 has got great feet, he’s only a real youngster,” he said. “He’s a real high hope for them at Arsenal. He’s got absolutely unbelievable ability.”

The youngster mainly plays a number 10 but he can be deployed across all the attacking positions.

It is very early to say anything but the English prospect looks to have a great future ahead of him. He has already bagged four goals and five assists in 10 appearances for both the U18s and U21s.