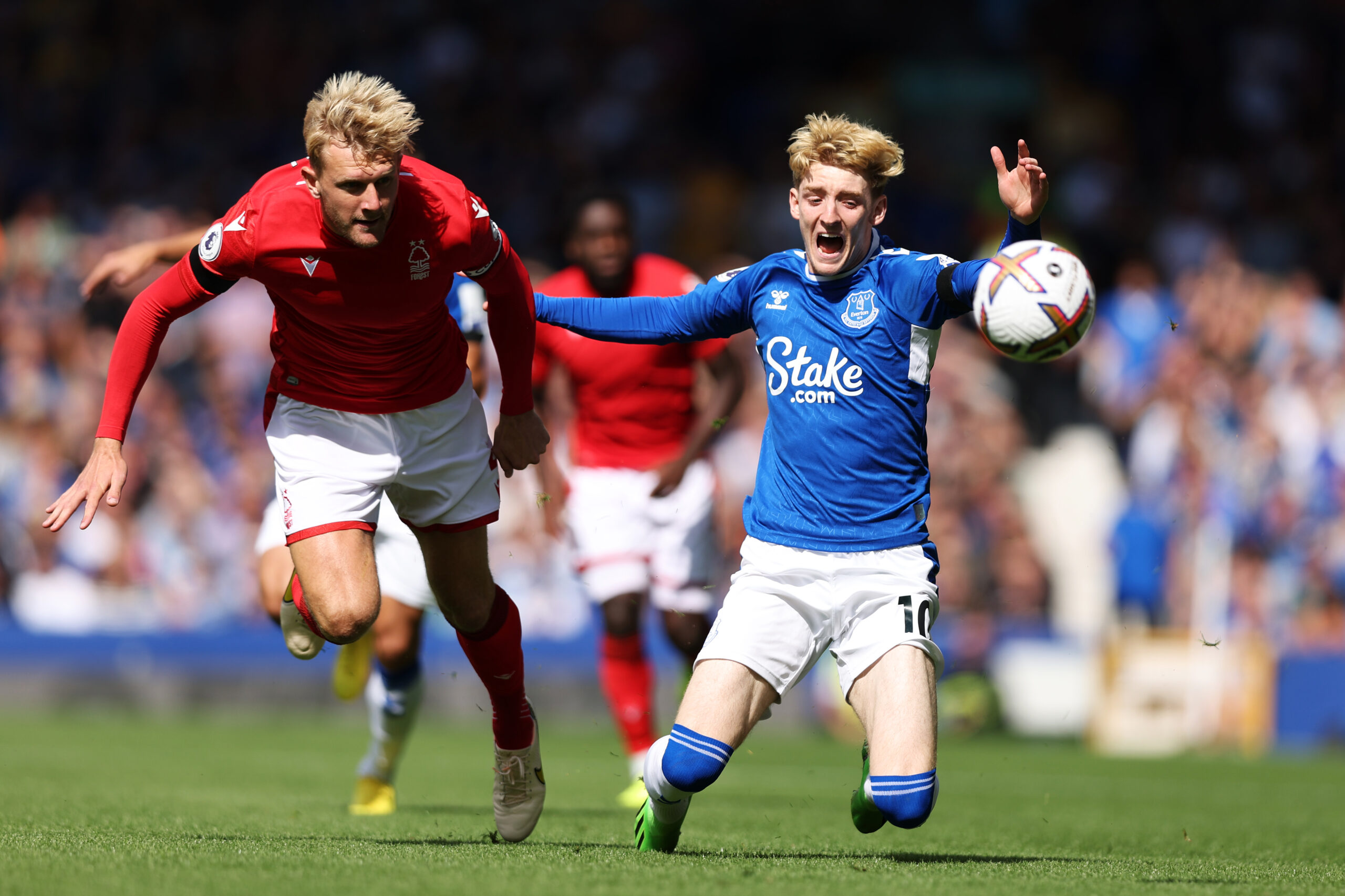 The 21-year-old is an academy product of the Toffees who progressed through the youth ranks to earn his senior debut in December 2017. He was loaned out to Preston North End for the second-half of the 2020-21 campaign, making 11 Championship appearances.

However, the English footballer returned to Goodison Park in the following summer and established himself as a regular member of the team. He played a key role in helping his side avoid relegation to the second-tier, making 35 appearances in the Premier League and scoring four goals.

Chelsea have reportedly made an initial £50 million plus £10m in add-ons offer for Gordon.

However, as per talkSPORT, Everton have asked them to include Conor Gallagher or Armando Broja on loan as part of the deal for the 21-year-old.

It is said that the Merseyside club turned down the Blues’ £40m bid for their player in August. However, they are said to be open to doing business this time around.

The young winger is also reportedly willing to join Thomas Tuchel’s side in this transfer window.

No fan at the Merseyside club likes to see a huge talent like Gordon leave Goodison Park. However, considering the huge amount of money the London club are willing to offer, it makes sense if the Toffees are considering selling him.

Richarlison was one of their established stars but they sold him to Tottenham Hotspur for an initial £50m transfer fee.

Everton have been overspending in the last few years and their financial situation is not great. So we believe that they should sell Gordon if they are receiving such a whopping transfer fee.