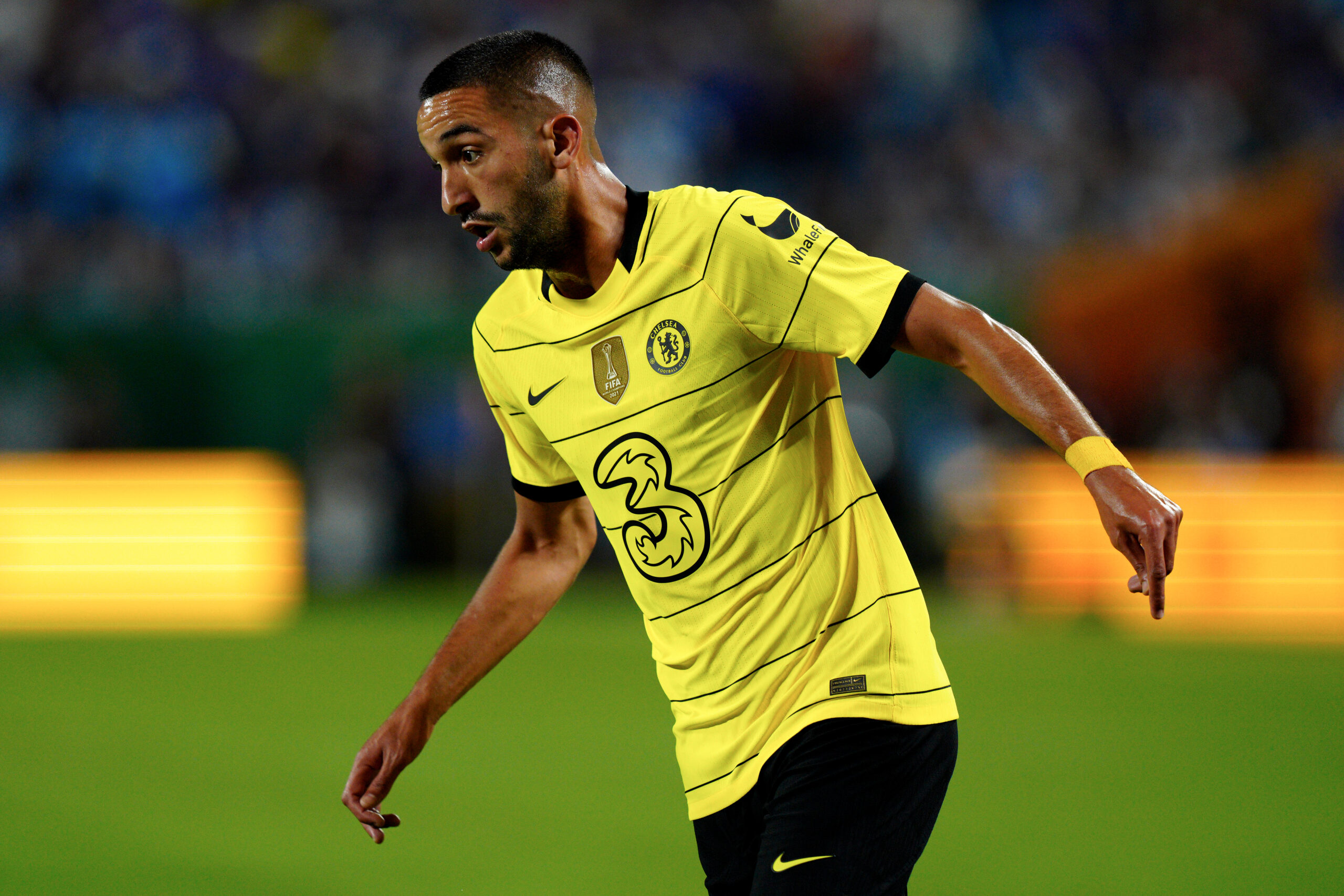 Ajax are interested in reuniting with Chelsea forward Hakim Ziyech as a replacement for Antony, who has been heavily linked with a move to Manchester United, reports Fabrizio Romano.

Antony, 22, is going on strike to force out a move from the Amsterdam giants, with Man Utd as his preferred destination.

The Red Devils are expected to come up with a new bid soon after having seen an offer worth €80 million turned down by the Eredivisie champions.

In the event of the Brazilian winger’s departure, Ajax have identified their former star Ziyech to reinforce the attacking ranks.

The Moroccan winger joined the Blues in 2020 off the back of an impressive stint with Ajax. However, his time at Stamford Bridge hasn’t gone according to plan as he struggled to replicate that similar form.

Currently down the pecking order of Thomas Tuchel, Ziyech has been heavily linked with an exit this summer.

The west Londoners are also happy to let go of the 29-year-old, who didn’t start in any of the Premier League games so far, making his first appearance as a substitute in the 3-0 defeat against Leeds United last weekend.

With Man Utd and AC Milan – reported suitors of Ziyech – unlikely to continue with their pursuit due to the former keen on Antony and the latter opted for the transfer of Charles De Ketelaere, Ajax now looks a potential destination for the Moroccan forward.

Having already snapped up the likes of Steven Bergwijn, Brian Brobbey and Francisco Conceicao to strengthen the attack, Ajax have now set their sights on Ziyech.