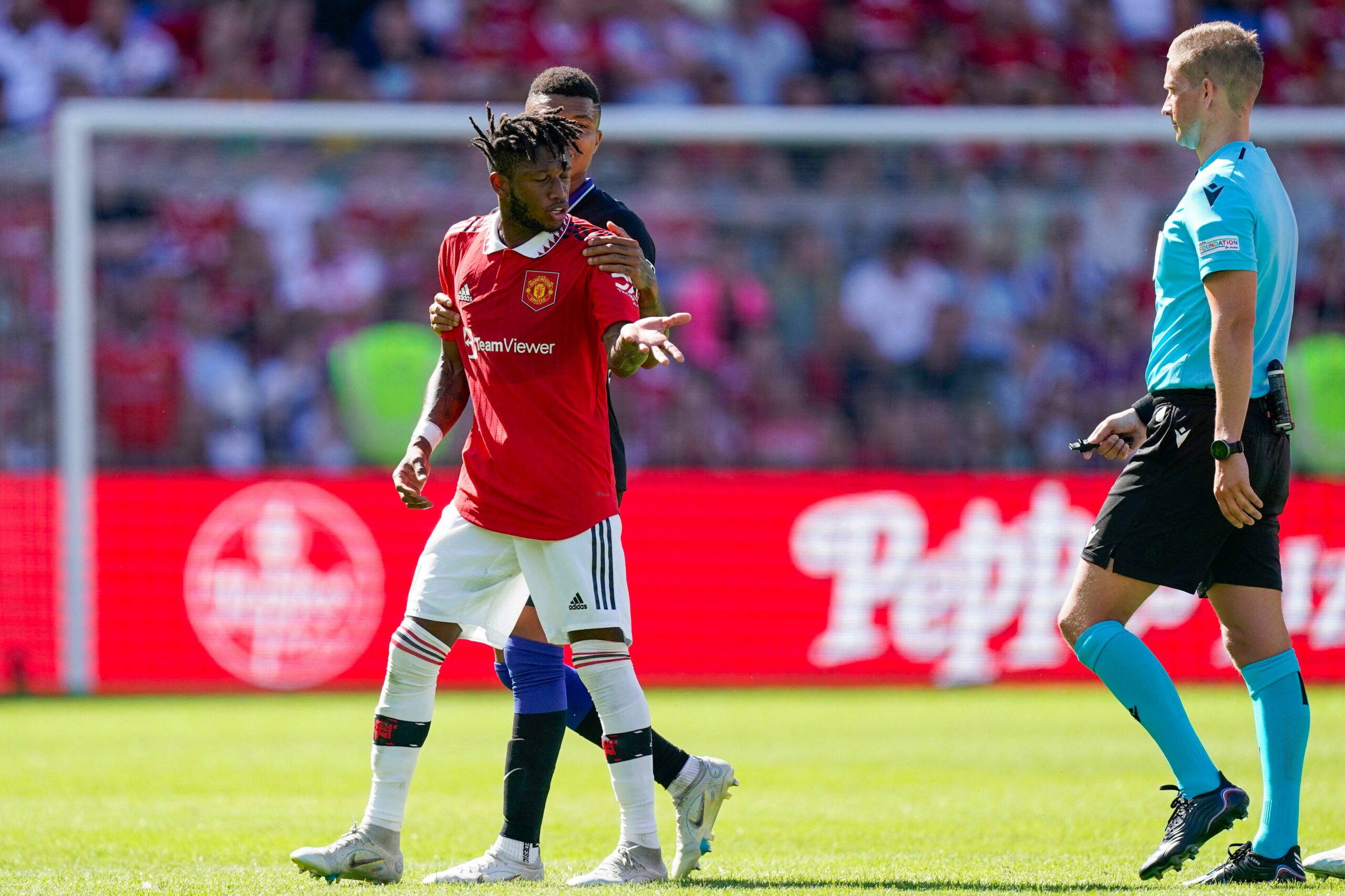 The Red Devils have made a disappointing start to the new season, losing their opening matches against Brighton & Hove Albion and Brentford.

Their latest defeat against the Bees was particularly more embarrassing as Thomas Frank’s men completely outplayed them and ultimately emerged victorious by 4-0.

United supporters have been unhappy with the performances of Fred since he joined Old Trafford from Shakhtar Donetsk in 2018. However, the criticisms have only increased recently after the English giants’ dismal start to the campaign.

Liverpool midfielder Fabinho says that he doesn’t understand all the unfair criticism and thinks that his Brazilian teammate deserves more respect.

“Sometimes I don’t really understand the criticisms with Fred because he is a regular player, he always plays good football,” the 28-year-old told The Telegraph.

“In general Manchester United have not been successful in the last seasons so you try to find a solution or you try to put the fault on some of the players and sometimes I think Fred is that player.

“But he is a good player, in the national team, he is always a starter, he always plays good and, yes, sometimes the player needs a little bit more confidence to play good

“Last season he played really good football, maybe he was one of the best United players.

“This season United didn’t start really good but I hope Fred will play good and United will stay playing like this.”

How has Fred performed so far?

Manchester United have made a disappointing start this season and some of the blame lies on Fred and Scott McTominay in midfield. Both players have failed to perform well so far.

The Brazil international was positioned deep in the 2-1 loss against Brighton but he struggled against the Seagulls’ intense frontline. He was caught in possession several times and was sacrificed in the second-half to bring Cristiano Ronaldo on.

While in the match against Brentford, Dutch boss Erik ten Hag had assigned him the holding role again but he failed to do well in that position. He struggled to maintain possession and was hooked at half-time.

It is clear that the 29-year-old hasn’t done well this season. If he wants the criticisms to stop, he needs to perform well on the pitch.