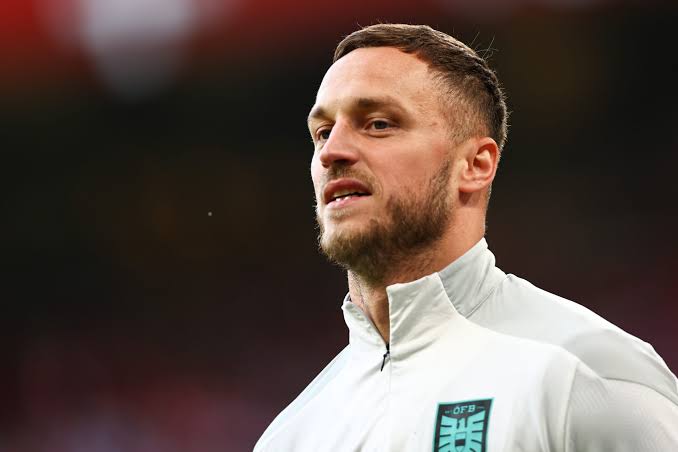 According to Fabrizio Romano, Manchester United have taken a reverse step in their pursuit of signing Bologna’s Marko Arnautovic. The former Stoke City and West Ham striker was viewed as an emergency signing since there were few options for the club to look at since Anthony Martial’s injury.

The Red Devils were unable to overcome a spirited Brighton side as they stumbled to their first defeat in the opening day of Premier League fixtures.

Surprisingly, Cristiano Ronaldo started on the bench as he was not in his best shape to start the full match due to a lack of preseason training. Martial’s unfortunate injury caused further problems for a squad that lacks depth in attack.

With far fewer options to cover upfront, Erik ten Hag preferred to play Christian Eriksen as a false 9. However, after the match, rumours started pouring in connecting the 33-year-old Austrian striker with a move to Old Trafford.

Bologna insisted on having the striker’s full fee covered as they slapped a £15 million price tag on the experienced attacker. The United board were reluctant to pay double figures for an aging player, but we’re open to the idea of signing him for close to £9 million.

However, after their first offer was rejected by the Italian club, it was expected that the Red side of Manchester would increase their bid.

Both Bologna’s manager and director of football wanted Arnautovic to stay, but would be open to a bid. Although the Italian club believed that United would sign him desperately, the club has now decided to move away from the deal.

Why did Manchester United decide to pull away at the last moment?

Manchester United have pulled out of the race to sign the former Premier League striker due to fans’ protest against the move as well as financial reasons. The Serbian player suffered huge backlash due to his racist comments against North Macedonia in a Euro 2020 match.

The 33-year-old did apologise for his comments. However, it was not considered appropriate by the fans. Also, paying more than £15 million for a player who would not be a guaranteed starter seems risky.

With top clubs acquiring the best strikers on the market, United has fewer options. It would have been wise for the club to make a move earlier in the transfer window, but the club has been known to make last-minute signings after failing to sign their initial targets.

An unfortunate injury to Martial and Ronaldo’s uncertain future will have Ten Hag scratching his head this season. There is still time to make move as rumours will not stop until the club seeks to improve its attacking depth.

Next in line would be former Chelsea striker Alvaro Morata, who has been linked with a move to Old Trafford. According to ESPN, the 29-year-old Atletico Madrid star has just one year left on his contract and could be a wise addition to the current squad.