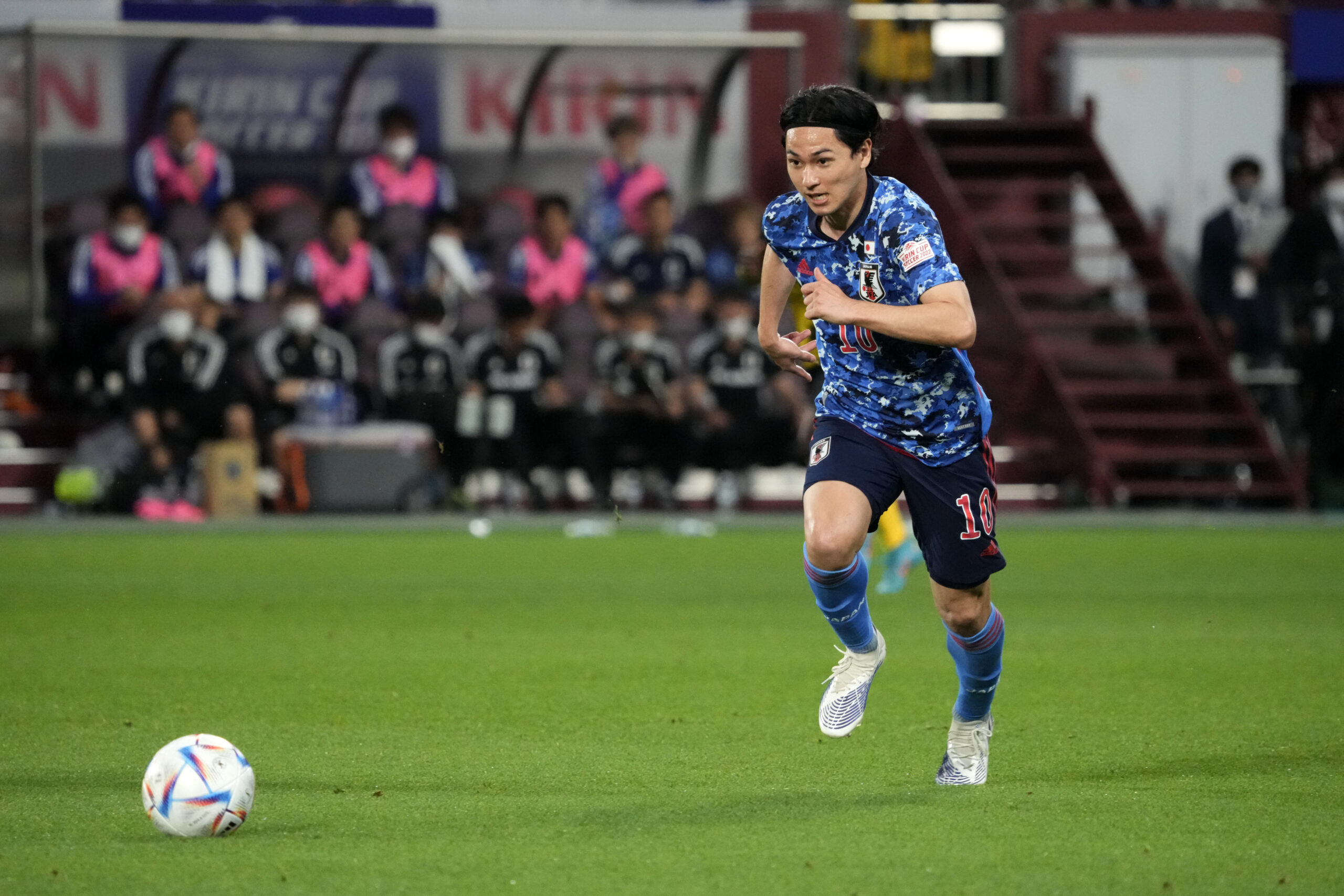 Takumi Minamino’s lacklustre Liverpool career is coming to a close after Monaco agreed to pay £15.5m, including add-ons, to sign him this summer.

According to Sky Sports, the Ligue 1 giants will dash out an initial £12.9m plus a further £2.6m in bonuses to get the deal over the line.

Minamino has been a marginal figure at Anfield since swapping Red Bull Salzburg for Merseyside in January 2020 for a reported fee of £7.25m.

The Japan international has had to settle for playing second fiddle to the likes of Sadio Mane, Mohamed Salah, Diogo Jota and Roberto Firmino.

Fierce competition for places at Liverpool forced the 27-year-old’s loan switch to Southampton in the second half of the 2020/21 season.

Following an underwhelming short-term loan at St Mary’s Stadium, the versatile forward returned to the base last summer but failed to meet the expectations again.

Minamino racked up only 11 Premier League appearances for Jurgen Klopp’s side last season, including a mere two top-flight starts.

His game time took a further hit when Liverpool landed Luis Diaz from Porto in January, restricting him to cup competition matches only.

With Japan set to compete at the upcoming Qatar World Cup, the former Cerezo Osaka man realised it was time to move on to stay atop his game.

Despite delivering decent performances when called into action, Minamino will leave Anfield as a flop.

In his 55 competitive outings for the Reds, he tallied 14 goals and three assists.

Against this backdrop, the Japanese star played a starring role as Liverpool wrapped up the FA Cup and EFL Cup crowns in 2021/22.

Indeed, with three FA Cup goals and another four in the EFL Cup, he was the club’s top scorer in domestic cup competitions last term.

However, he was on the fringes of Klopp’s squad for all high-profile fixtures in the Premier League and Champions League.

Minamino will now hope for a clean slate in Ligue 1 after agreeing on personal terms with Monaco.

He will fly to the French principality in the coming days to undergo his medicals and put pen to paper on a multi-year contract.

In addition to Minamino, Mane is heading towards the Anfield exit door.

Unlike his teammate, the Senegal international will leave Liverpool as a club legend.

After playing a prominent role in Klopp’s trophy-laden generation, the 30-year-old will depart the Premier League to link up with Bayern Munich.

Mane has already decided to sever ties with the Reds and join the perennial Bundesliga champions, with the official announcement expected to arrive in the coming days.

In his recent interview with German outlet Bild, the player revealed he did not think twice once the Bavarians showed ambition to take him away from Liverpool.

“When my agent first told me about Bayern’s interest, I was immediately excited,” he said, as relayed by the Daily Mail.

“I saw myself there right away. It’s one of the biggest clubs in the world and the team is always fighting for every title.”

Bayern will pay Liverpool around £35.1m to sign Mane.