Arsenal & Tottenham set to battle it out for Barcelona target Raphinha 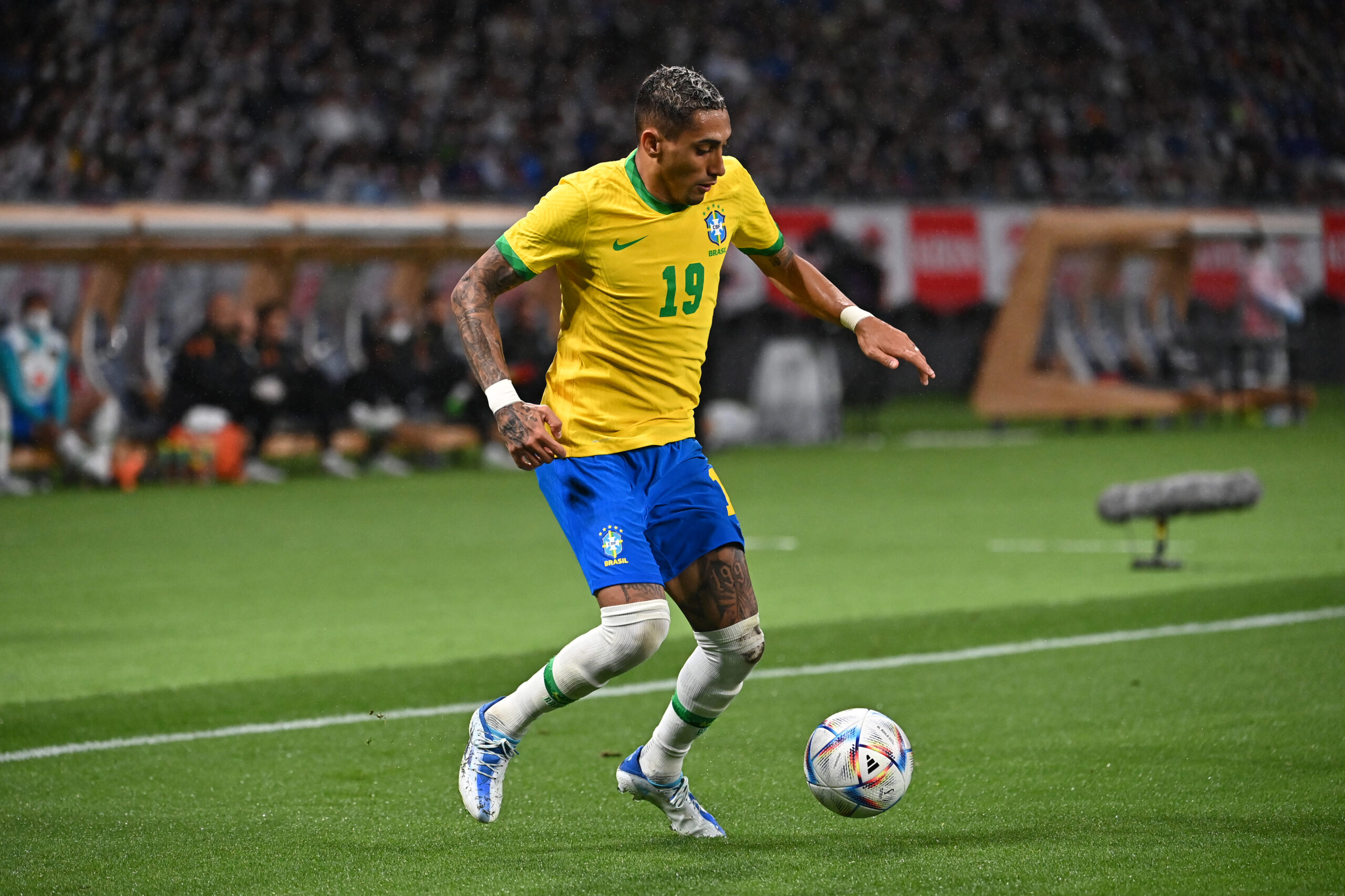 However, Xavi’s side could be priced out of the move for the Brazil international as they lack the financial muscle to convince the Whites to green-light the transfer.

Fierce competition across Europe, including Arsenal and Tottenham Hotspur, could force Barcelona to drop their interest in the £60million forward.

Though Leeds are aware of their inability to keep hold of their in-demand prized asset, they are reluctant to sanction a deal for less than their rumoured valuation.

Raphinha has earned a household status at Elland Road since arriving from Rennes in October 2020.

Leeds paid the Ligue 1 outfit around £16m to acquire the Brazilian’s signature and are now keen on securing a sizeable profit on his inevitable departure.

But after ensuring another Premier League season, the Whites are in a strong bargaining position heading into the summer transfer window.

Strapped for cash, the Catalans will have to work on a tight budget as part of the club’s bid to reduce a staggering debt of more than £1 billion.

As per The Athletic, Barcelona cannot afford to match Leeds’ lucrative demands for their in-demand star.

That could pave the wave for other suitors to swoop in and land the left-footed winger.

Despite Camp Nou often being touted as the 25-year-old’s next destination, the winger’s future could still be in the Premier League.

Indeed, Arsenal and Tottenham are ready to hand the ex-Sporting CP man a lifeline in England’s top division.

Both sides are frantically looking to bolster their ranks, albeit for different reasons.

While the Gunners hope to close the gap on the Premier League top-four sides following another Champions League-less campaign, Spurs are seeking additional quality in the market.

According to Spanish journalist Toni Juanmarti, Arsenal have upped the ante in their pursuit of Raphinha, hoping to outmaneuver Spurs in a transfer tug-of-war.

Mikel Arteta has identified the Brazilian as one of his top targets as he looks to revamp his attacking options in the wake of Alexandre Lacazette’s departure.

The Gunners are yet to make any progress in the transfer market. Yet, the Spanish manager is eager to kickstart his summer spending with a deal for Raphinha.

It appears that Arsenal are moving full steam ahead as Spurs and Chelsea currently lag behind their fellow London rivals.

But there could be a minor problem concerning Raphinha’s potential move to the Emirates Stadium.

The Selecao international seems to be prioritising Champions League football next season, something Arteta’s side cannot bring up to the table.

By contrast, Tottenham, who beat Arsenal to a fourth-place finish last season, could launch a charm offensive for the Leeds’ headline performer.

Spurs already boast the likes of Harry Kane and Son Heung-min up top, but Antonio Conte wants to have another top-class forward.

Lucas Moura has tumbled down the pecking order in north London and could be allowed to move on in the coming months.