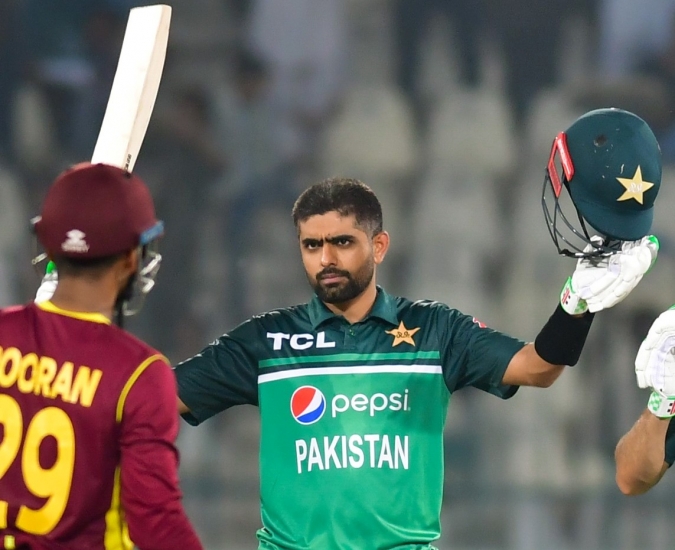 Pakistan claimed an outstanding victory over West Indies at the Multan Cricket Stadium on Wednesday, with the Green Shirts successfully chasing down their opponents’ mammoth 306 runs target in the final over.

Although Khushdil Shah and Imam-ul-Haq played crucial knocks, Babar Azam once again stole the headlines by hitting a blistering century and thus rewriting several batting records in the process.

The 27-year-old smashed the record of Indian star batsman Virat Kohli to become the fastest to score 1,000 runs in ODI format as a captain.

The right-handed batter pulled off this feat in just 13 innings, while Kohli had reached this milestone as skipper in his 17th innings followed by South Africa’s AB De Villiers (20) and New Zealand’s Kane Williamson (22).

Previously, South African batter Hashim Amla held the record of scoring the highest number of runs in the first 85 innings. However, Babar Azam surpassed the 39-year-old cricketer with his brilliant knock in the previous game against West Indies. The Pakistani skipper now has 4364 runs to his name in 85 innings.

The Pakistani skipper tumbled another record when he struck the 17th century of his career in the first ODI against the West Indies. The 27-year-old became the fastest player to score 17 centuries in 85 innings.