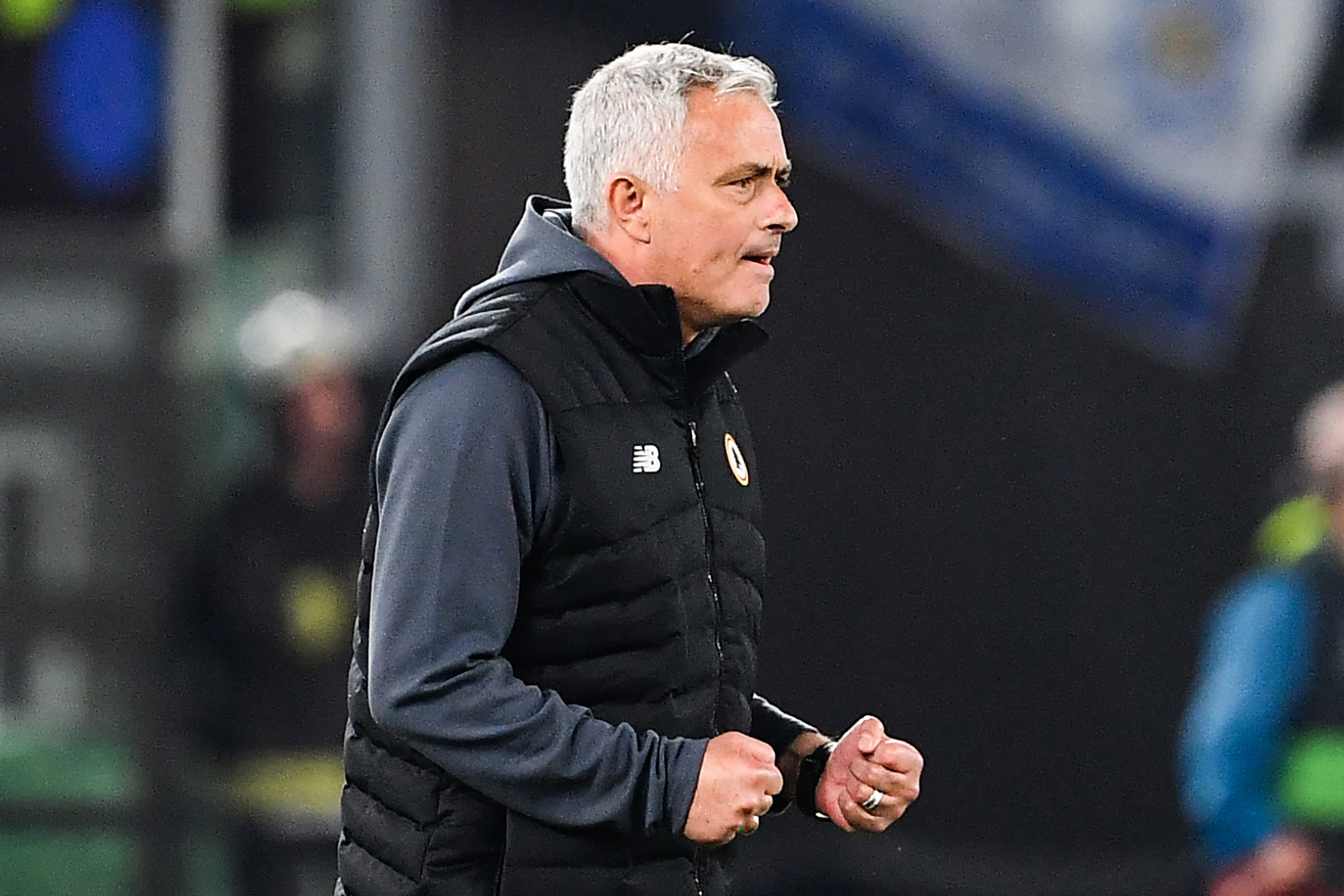 Roma have had to settle for a disappointing sixth-place finish in Serie A, but Jose Mourinho could still make history in his maiden season at the helm of the Giallorossi.

The Italians will encounter high-flying Dutch heavyweights Feyenoord in the grand final of the first edition of the Europa Conference League at the Air Albania Stadium.

Despite Roma’s household status in European football, let alone Italy, they have yet to taste continental glory, losing both previous appearances in major UEFA finals.

Even though conquering Europe’s third-tier competition may appear meaningless in the eyes of neutrals, it could be immensely significant for the people of Rome, as recently brought up by Mourinho.

The Special One, who could become the first-ever manager to win all three prestigious European competitions, has recently explained the significance of the upcoming final against Feyenoord.

“The story and prestige of competitions may vary, but they are all meaningful,” Mourinho told Sky Sport Italia.

“It is the most important one to me because the others have already been played and we want to win it. We strongly desired to reach it.”

The inaugural edition of the Europa Conference League has reached its climax, and the Tirana showpiece will be available to watch live online via soccer streaming sites.

Roma kicked off their Europa Conference League journey in the qualifying play-off round, where they made light work of newly-crowned Turkish champions Trabzon, winning both legs by an aggregate score of 5-1.

Mourinho’s side then finished top of Group C, winning four of six group fixtures to leave the likes of Bodo/Glimt, Zorya Luhansk and CSKA Sofia in their wake.

However, one of the most tormenting nights in Mourinho’s rich European history took place on Matchday 3, as his Giallorossi side succumbed to a humiliating 6-1 defeat at Norwegian outfit Bodo/Glimt.

Though they failed to avenge a painful downing in the return leg at the Stadio Olimpico, drawing 2-2, Roma did well to win their remaining two Group C matches and assure a top-table finish.

Mourinho’s lads squeezed past Feyenoord’s fellow Eredivisie rivals Vitesse in the last-16, courtesy of a hard-fought 1-0 first-leg win in the Netherlands.

But instead of inflicting revenge on Kjetil Knutsen’s team, Roma experienced a deja vu in Norland country, suffering a 2-1 first-leg loss despite leading at half-time.

Mourinho managed to rally his troops for the return leg, as the Italians dismantled the defending Eliteserien champions 4-0 in Italy’s capital to advance to the semi-finals.

The Special One encountered his old pal Brendan Rodgers in the semis and had to defy his outsider status to guide his side past Premier League powerhouse Leicester City.

Roma held the Foxes to a 1-1 draw at the King Power Stadium before Tammy Abraham scored a tie-breaking first-half goal at the Stadio Olimpico to hand the Giallorossi a 2-1 aggregate triumph.

Roma’s last-16 success against Vitesse has maintained their 100% win ratio against Dutch opponents in knock-out ties, making it four wins out of four.

Moreover, the Giallorossi have lost just two of their ten previous European meetings with clubs from the Eredivisie (W4, D4), going unbeaten in the last six (W3, D3).

Scoring should not be a problem for the Italians despite Mourinho’s reputation as the ‘entertainment killer,’ as they have found the net in their last 14 European fixtures outside Italy’s capital city.

Feyenoord have enjoyed a stellar Europa Conference League campaign so far and will be looking to win their first major European title since lifting the UEFA Cup crown in 2000/01.

They have qualified for the competition’s showpiece undefeated in all 12 matches (W8, D4), group stage to the final, notably netting 3+ goals in five of their six knock-out legs.