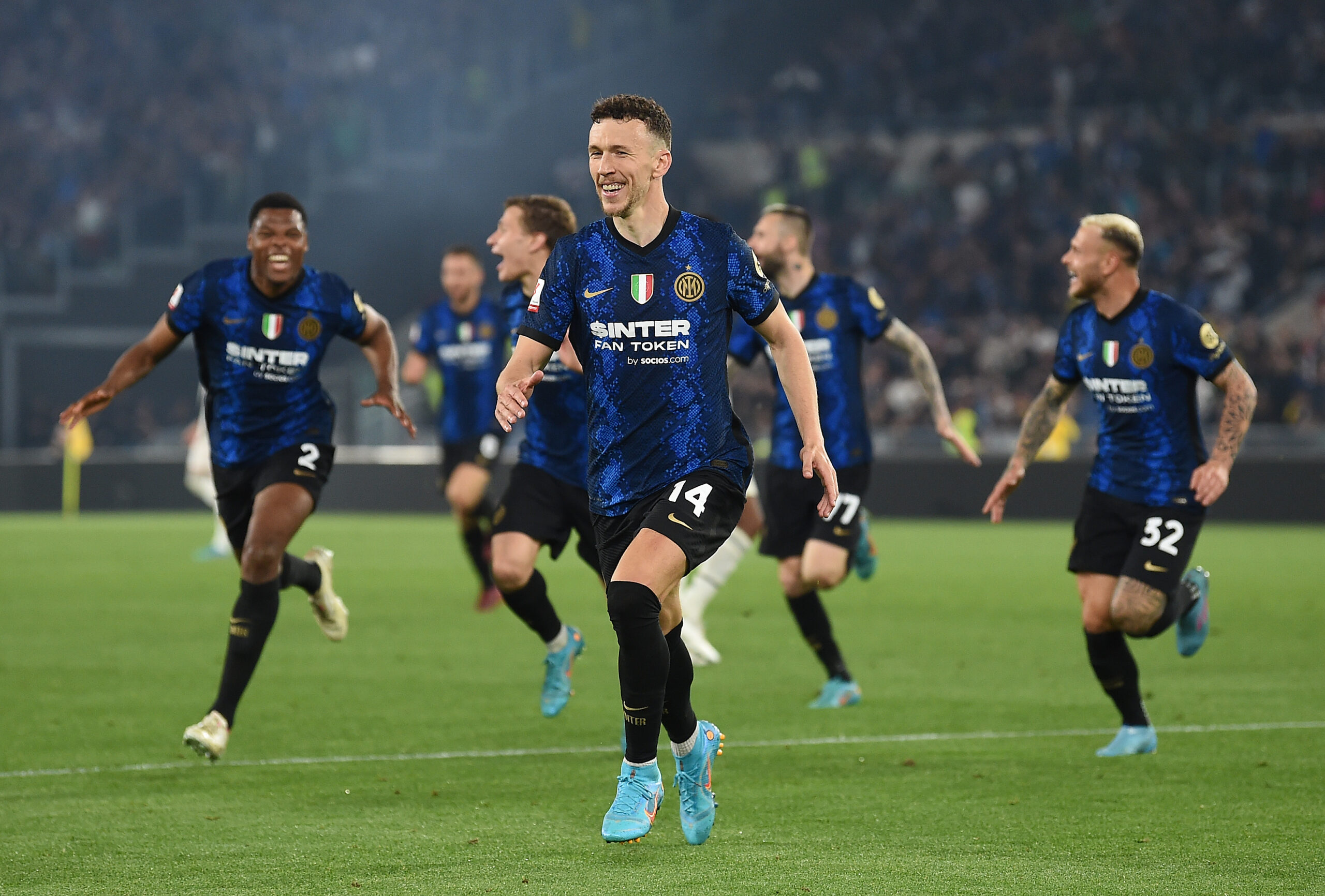 Reigning Serie A Inter Milan defeated arch-rivals Juventus 4-2 after extra-time in an enthralling Coppa Italia final at the Stadio Olimpico.

Simone Inzaghi’s men pulled off a 3-0 aggregate triumph over AC Milan to reach their first Coppa Italia final since 2010/11.

Inter delivered another sensational performance to lift their first trophy in the competition in over a decade, coming out on top of a topsy-turvy showpiece in Italy’s capital.

Nicolo Barella broke the deadlock seven minutes into the game with a sublime curled effort from outside the box to hand the Nerazzurri a slender lead at half-time.

However, Juventus replied only five minutes after the break through Alex Sandro.

When it felt like the record-time Italian champions were waltzing away with their sixth Coppa Italia title in eight years, Lautaro Martinez drew a silly spot-kick for the Nerazzurri.

Leonardo Bonucci tackled the Argentine to the ground inside Juve’s six-yard box in the 80th minute, with Hakan Calhanoglu showing no mercy from the spot.

The Turk’s equaliser sent the final into extra time, where Juventus ran out of steam, allowing Inter to steal the crown already in the first period.

Ivan Perisic converted a spot-kick in the 107th minute before doubling his tally just four minutes later to put the game to bed.

Despite taking control of the ball and sending bodies forward, Juventus never troubled Samir Handanovic in the remainder of the game.

Head coach Massimiliano Allegri, who has been under severe pressure following Juve’s lacklustre Serie A campaign, could find his job in jeopardy after another dismal night for the Allianz outfit.

It has been over a decade since Juventus last experienced a trophyless season and Allegri could pay the price for the Bianconeri’s abysmal campaign.

According to the Daily Mail, the Italian tactician could come under even heavier scrutiny, especially after his team collapsed in another high-profile fixture.

Unlike Allegri, Inzaghi has relieved himself of some pressure amid Inter’s fierce title battle with Milan.

At the very least, his high-flying side will not finish the season empty-handed.

Inter have won their 14th Coppa Italia crown and the first since 2011, equalling Milan’s record in third.

Only Juventus and Roma have conquered the competition on more occasions than the Nerazzurri.

More importantly, the Stadio Olimpico success will serve as a massive confidence boost for Inzaghi’s side ahead of the last two rounds of Serie A fixtures.

Defending champions sit two points adrift of table-topping Milan and will have no margin for error against bottom half-rivals Cagliari and Sampdoria on the final two matchdays.

With the Rossoneri set to take on Atalanta and Sassuolo, Inter’s hopes of winning back-to-back Serie A titles are not yet gone by any stretch of the imagination.

But fatigue could be catching up with the Nerazzurri following an exhausting encounter in Rome.

Inzaghi’s men will have four days to rest before taking a trip to the Sardegna Arena to meet relegation-battling Cagliari.