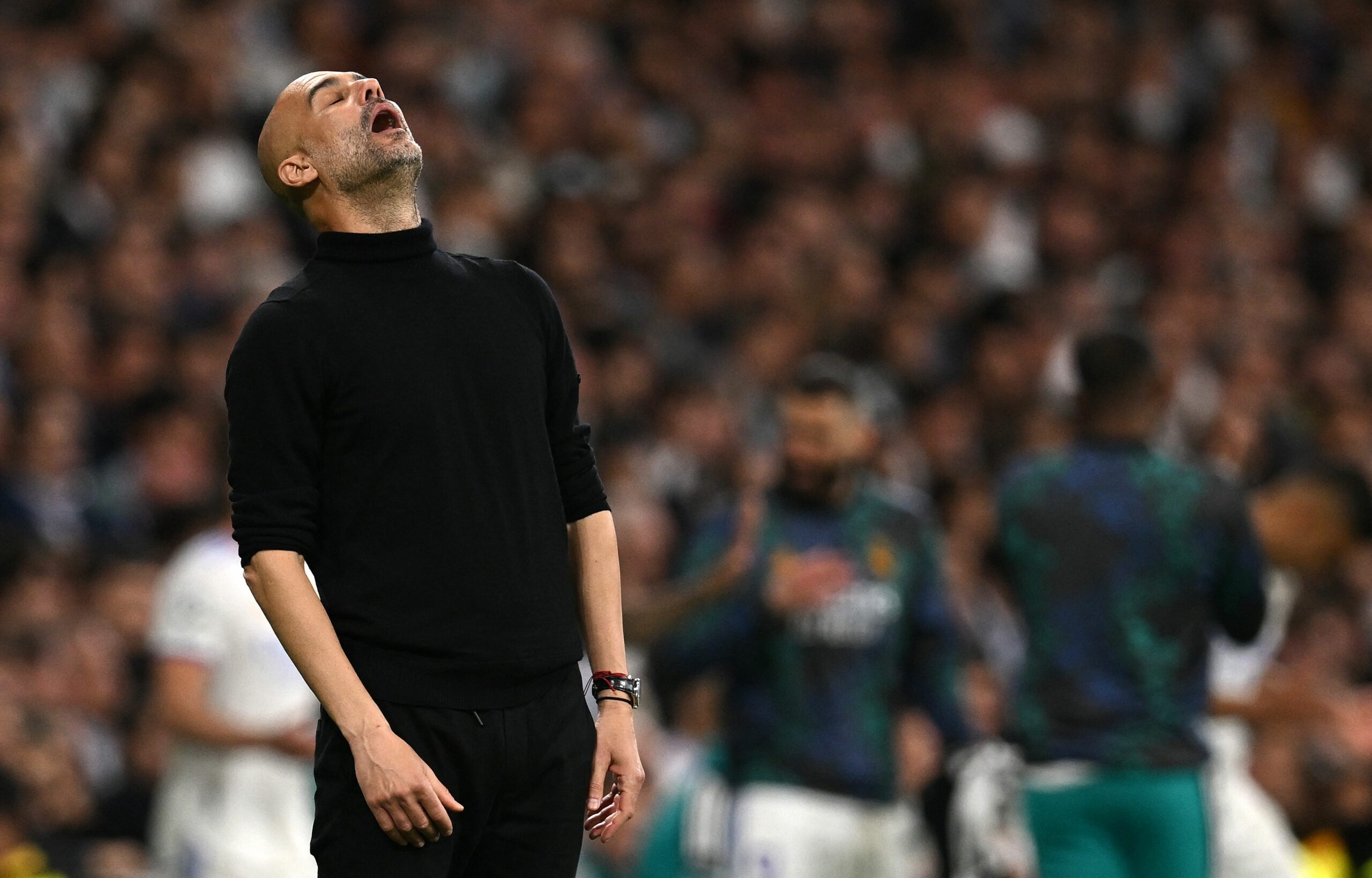 Guardiola took responsibility for his side’s heartbreaking European exit, admitting he ‘may not be good enough to win the Champions League with Man City,’ as relayed by Sky Sports.

Left with nothing more than the Premier League to play for in the remainder of the season, the Cityzens will have to put another European fiasco behind them ahead of Newcastle’s visit to the Etihad.

Second-placed Liverpool are breathing down Man City’s necks, with just a single point separating the sides ahead of the four remaining matchdays.

Though the recent H2H record suggests the Magpies’ visit on Sunday bodes well for the home side’s ambition to get back to winning ways, Eddie Howe’s men are not messing around these days.

Newcastle should be proud of their showing against Liverpool last time out despite ending on the wrong side of a 1-0 scoreline.

Before going down to arguably the most in-form side in European football, they had won four consecutive Premier League fixtures to bolster their hopes of reaching a first top-half finish since 2017/18.

Man City vs Newcastle, coupled with other Premier League games, are available to watch live via soccer streaming sites.

Man City have been victorious in 23 of their last 28 Premier League meetings with Newcastle (D4, L1), including an overwhelming 4-0 triumph at St James’ Park earlier this season.

The Cityzens are firing on all cylinders at the Etihad, as evidenced by their intimidating scoring ratio of 3.2 goals scored per game across their last five competitive home outings.

Man City’s free-scoring home form could prove too hot to handle for Newcastle, who have suffered three defeats in their last four Premier League away games (W1).

Despite their sticky patch on the road, the Magpies have won the third-most Premier League points in 2022 (31), with just Liverpool (41) and City (33) picking up more.

However, Newcastle are still waiting for their first-ever Premier League victory at the Etihad, having gone winless in their 16 previous top-flight visits to City’s home ground (D2, L14), including 14 losses in a row.

Man City will be without defensive stalwarts John Stones and Kyle Walker due to injury, but Guardiola will have an otherwise fully-fit squad at his disposal.

Kieran Trippier could find himself involved in Newcastle’s matchday squad for the first time since February after returning to training earlier this week.

Despite sustaining an epic psychological blow in Madrid, Man City should overcome physical and mental fatigue and dispatch Newcastle to fend off Liverpool for another week.

We back the Cityzens to secure a morale-boosting victory by putting a few goals past the Magpies.