What’s Next For Tyson Fury? 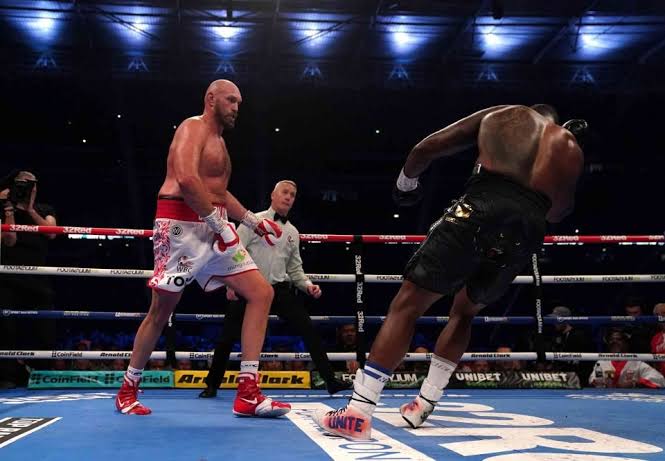 The much-hyped WBC heavyweight title fight was more of an indication of the champion’s superiority and legacy in the division rather than the barn burner we expected.

Tyson Fury retained his heavyweight title against Dillian Whyte by sixth-round knockout. This fight didn’t deliver in excitement but in terms of action and significance.

The hype, dominant nature and anticipation surrounding Whyte’s surge to earning a title shot make his loss difficult enough to accept. However, that already is the case hours after the final bell.

Fury was dominant in the early stages, and many could feel he was beating his compatriot after five rounds.

Not looking disoriented and gassed, the champion showed his tactical acumen, producing a resilient sixth round where two jabs and a right-hand uppercut were enough to settle the tie.

Whyte would seek to recover from this defeat at the earliest possible opportunity. On the other hand, Fury had a lot of distractions before this fight. So, what’s next for him?

While Fury has ascertained his dominance and superiority in this division, many would still argue over his legacy if he doesn’t take on Usyk in a unification match.

Usyk and AJ are yet to square up for their rematch after the Ukrainian stripped the other heavyweight belts off Joshua.

It’s honestly hard to see the result being any different given how Fury has made other division fighters look like amateurs, but this will certainly guarantee the champion better paychecks.

If Aj is to get a shot, he needs to secure a win in the rematch against Usyk.

Moving On To Other Sports

Having retained the WBC heavyweight title, the Gypsy King’ might seek to test himself in the Octagon at this stage of his career. Francis Ngannou has constantly reiterated his desire to take on the 33-year-old.

Both sides have engaged in a war of words and seem interested in fighting one another. They finally sealed an agreement to partake in a ‘hybrid’ fight(a mix of Boxing and MMA rules).

The fight sells whether there’s a title on the line or not, and it’ll be interesting to see how Fury fares in the Octagon or Ngannou in the boxing ring.

Fury also teased about a switch to WWE after claiming to be in contact with WWE chief, Vince McMahon.

“Don’t rule me out fighting there, You might see me at SummerSlam. I have to speak to Vince and the boys to maybe make this happen. I know that Drew Mcintyre been saying a lot of things about me. I’ll have to knock him out, I’d love to be at Cardiff, back at the center stage in the UK, especially for the wrestling.”- Fury said in an interview.

He had stated earlier his retirement plans but has backtracked on the decision not once but twice.

He doesn’t have to fight very hard to earn a lot and has cited Floyd Mayweather’s post-career exhibition fights as a major booster. It is up to him to decide whether to go ahead.