All To Play For: Plenty yet to be decided in Europe 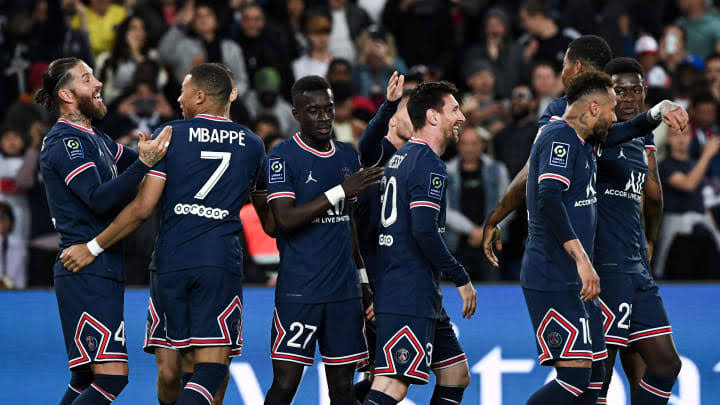 The season is coming to an end across Europe’s elite divisions. So we take a look at Who will win the league? Which teams will make the top four? Who can survive the drop to the second tier?

Liverpool would be looking to keep the heat on Manchester City in the Premier League title race when the Reds face relegation-threatened Everton.

Pep and Klopp have been serving England fans with their rivalry, 18/19 season’s title race was the closest from the two teams till 21/22.

If Liverpool wins against the Toffees, it would be one point between the two EPL giants heading into the last five games of the season as we expect another intense end.

As it stands, Tottenham Hotspur are currently fifth after dropping points in their last two matches. Arsenal are fourth, just three points behind Chelsea, while big-spending Manchester United are sixth, six points behind the champions league spots.

Following Fulham’s return back to the top flight, Norwich and Watford are currents favorites to return to the second tier, while Everton, Leeds, and Burnley battle their way out to avoid a drop.

Real Madrid are in pole position to win the La Liga alongside an ambition to bring the UEFA CHAMPIONS LEAGUE back to the Bernabeu.

The duo of Karim Benzema and Vinicius Junior are perfect. Together, the due have notched an outrageous total of 49 goals in all competitions this season.

Sevilla were the front runners during earlier parts of this season, but their decline in form has them drawn in a top-four race alongside resurgent Barcelona and Athletico Madrid.

It is also a horse race at the bottom of the league as Cadiz, Granada, Levante, and Alaves are looking to avoid a drop to the La Liga 2.

Popularly touted as the ‘Farmers league,’ Bayern will give the fans of other leagues more to say, having secured the title for the tenth season straight.

This week Dortmund succumbed to defeat at the hands of Bayern. Leipzig lost to Union Berlin, and Freiburg, after crawling back from 2-0 down, conceded late to finish 3-3 against Monchengladbach.

These results have left Union just two points in sixth, with five clubs, including seventh-placed Cologne, separated by just six points with three games remaining in the battle to reach next season’s Champions League group stage.

Stuttgart sit at the relegation playoff places just a point behind Hertha BSC, who are aiming to clinch consecutive victories. Both sides square off in a relegation race to claw away from the relegation spot.

The race in Italy is an intriguing one, even though it involves some of the same old faces.

Albeit having a game in hand, Inter Milan are currently 1st with 72 points, Milan follows closely with 71 points, and Napoli behind them in third at 70 points.

Juventus who started the season in miserable form have done well to draw themselves back into the top four, sealing the champions league spots.

Just two points separate Roma who sit fifth, from Atalanta who are eighth on the log, as four teams battle for a place in the Europa League and Europa conference league next season.

At the bottom of the log, all teams from fourteenth down to the 20th placed Venezia are still vulnerable to a drop to Serie B. They would look to tighten their belts with five games remaining to avoid relegation.

Ligue 1 is slightly more of a race than the Bundesliga. Big-spending Paris Saint-Germain lost the title to Losc Lille last season but have regained the title with Lionel Messi’s title-clinching goal the talk of the day.

The French top-flight has become less of an exhibition. At the time of writing, PSG tops the table by 16 points ahead of Marseille. The League’s drama involves the final spots for the Champions League and the relegation battle.

While Marseille sit slightly comfortable in second, Rennes and Monaco are behind with just three points.

The gap from third-placed Rennes to seventh-placed Lyon is just five points, and each team would be looking to pounce on their rival’s setback should a chance come.

At the bottom of the table, Lorient, Clermont, St Etienne, Bordeaux, and Metz are also in a five-way race to avoid a drop to the second division.

Elsewhere, Erik Ten Hag gets a befitting farewell as he sits top ahead of PSV by four points.

Also, in Portugal, Porto, who have had a dominant season, would clinch the title while Sporting and Benfica occupy other European spots in the League.