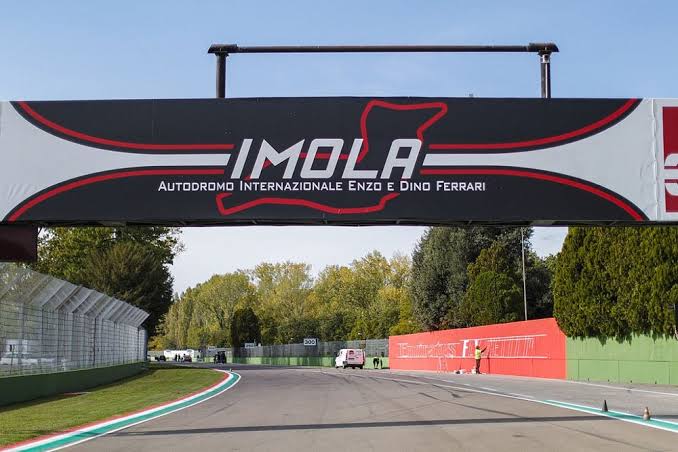 The 2022 Formula One season continues with the EMILIA ROMAGNA GRAND PRIX. Ferrari and Red Bull look to continue their fine run when they grace Autodromo Enzo e Dino Ferrari often known as ‘Imola’. You should be able to watch the F1 via live streams online – the main race is on Sunday the 24th (full F1 schedule here).

Formerly known as the San Marino Grand Prix, F1, after three flyaway rounds, would be back in Imola which host its 30th formula one race.

Having first appeared on the calendar in 1980, the first 27 races at the circuit were held in consecutive seasons, from 1980 to 2006, and the track returned to the calendar in 2020 to host the Emilia Romagna Grand Prix.

Formula One confirmed three new races on its 2020 calendar, with the addition of the Nurburgring in Germany, Portimao in Portugal, and Imola in Italy.

These happened to fill in the gap left by canceled races in Japan, the U.S.A., and Mexico due to the pandemic.

It retained its place in 2021 and has been included in the 2022 calendar as the Formula One hierarchy announced its new deal.

It is one of the few primary international circuits to run in an anti-clockwise direction. The circuit is famously known as where Brazil’s triple world champion Ayrton Senna suffered a fatal accident in 1994.

Ahead of this race set from the 22nd to the 24th of April, several adjustments have been made to the Sprint Format, which features for the second time.

With the new point system coming to effect this weekend, drivers would eye an almost perfect finish as the top eight drivers earn extra points.

Going into the weekend, Ferrari’s Charles Leclerc leads the 2022 Drivers’ Championship with 71 points versus the 37 of Mercedes George Russel in second. Fellow Ferrari driver Carlos Saint Jr is third with 33 points.

In the Constructors’ Championship, Ferrari leads with 104 points versus the 64 of Mercedes and 55 of Red Bull Racing. Hamilton has, however, enjoyed success in his last two appearances on this track.

His hard-fought victory at Imola in 2020 was the 93rd win of his career, but Red Bull’s Max Verstappen stole the show in 2021 as Hamilton finished second.

The weather at Imola, this time of year, tends to be calm and cool. However, we could see some rain disrupt Friday’s qualifying sprint.

The good news is that the forecast for Sunday’s race calls for satisfactory conditions with partly cloudy skies.

Ferrari will participate in this city race as favorites, with Charles Leclerc and Carloz Saint Jr complementing each other at the summit. Verstappen would also be in search of repeating his feat when he honors the Imola track again.

Moreover, Red Bull will try to erase the thought of the problem of fuel hindering its season. Rumor has it that Alpine is making a vast improvement that might see them build on their performance in Australia and seek to fight on the front lines.