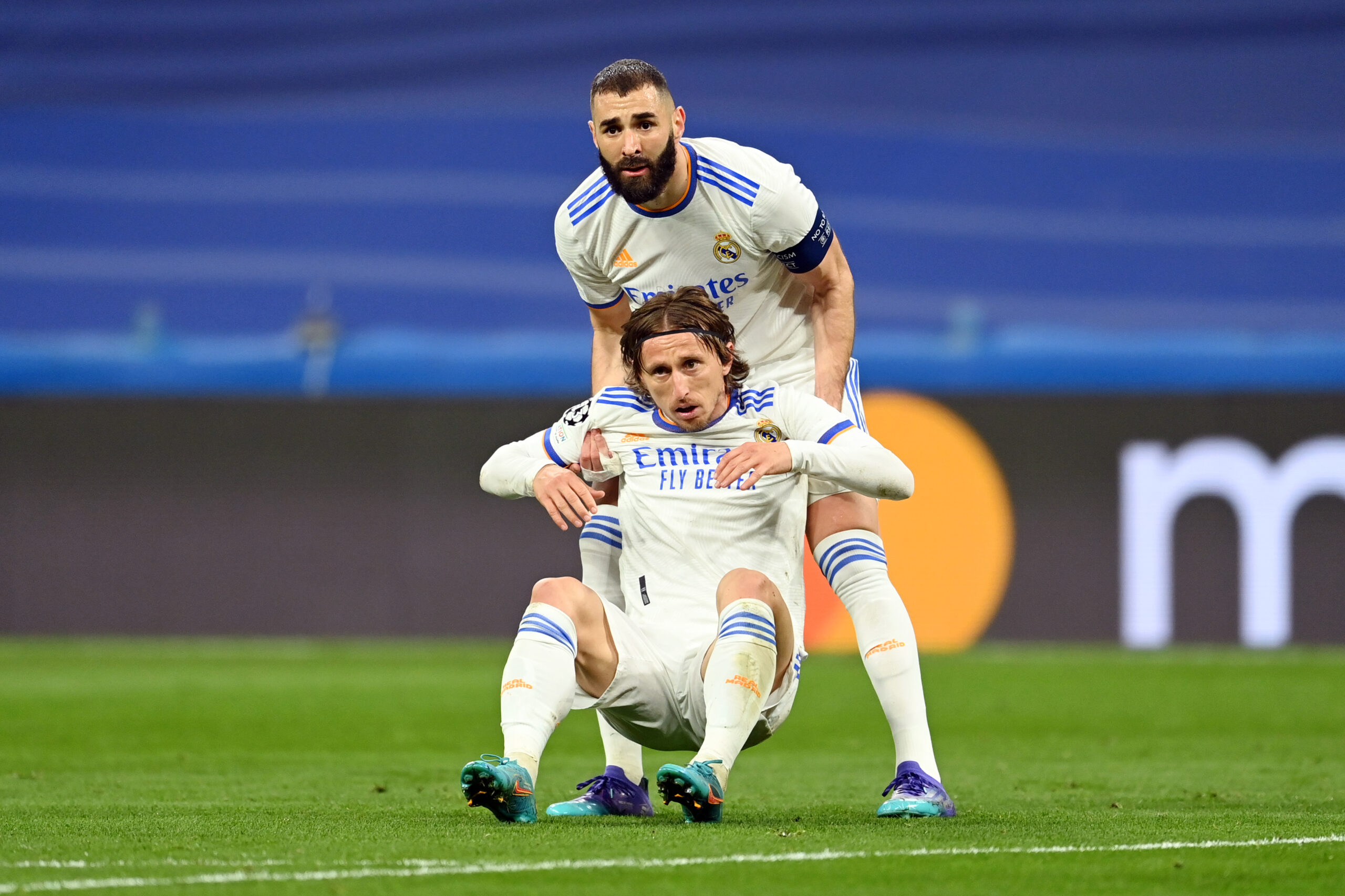 Manchester City and Real Madrid will trade tackles in handsomely-looking Champions League semi-final tie, while Villarreal and Liverpool will square off in the other last-four contest.

However, the Norwegian reportedly has his heart set on joining the Etihad outfit in the summer.

According to CBSSports, Haaland has identified the Cityzens as the perfect environment to develop his skills and stake his claim for the coveted Ballon d’Or.

Before trying to challenge Man City for the prodigious striker’s signature in one of the most exciting pieces of transfer news, Madrid will first try to hinder Pep Guardiola’s Champions League dream.

The ex-Barcelona manager came agonisingly close to lifting his third Champions League title in Porto last season, only to see Thomas Tuchel’s Chelsea waltz away with the crown.

Desperate to land his first piece of European silverware outside Camp Nou, Guardiola will be looking to overcome old foes in a blockbuster semi-final tie.

Man City have been handed home advantage for the first leg that will take place at the Etihad Stadium on April 26.

After going winless in their first six Champions League meetings with Madrid (D2, L2), Guardiola’s side won both legs in the 2019/20 round of 16 by the identical 2-1 scoreline.

The Cityzens are also unbeaten in their previous three European meetings with Los Merengues on home turf (W2, D1).

Man City have not conceded a single goal in their two home matches in the Champions League knock-out phase this season, drawing 0-0 with Sporting Lisbon in the round of 16 before beating Atletico Madrid 1-0 in the quarter-finals.

Except for a meaningless stalemate with Sporting, the reigning Premier League champions have won their remaining four Champions League home games this term, averaging 3.25 goals per match.

However, that triumph in west London remains the Spaniards’ solitary Champions League success on English turf across their last six visits to the country (D2, L3).

Madrid needed their talismanic striker to come up huge again in the rematch, as the 34-year-old netted an extra-time winner to fire his side past the Blues.

After becoming only the third-ever manager to navigate their sides to eight Champions League semi-finals, Ancelotti will be keen to maintain his stellar 74% winning ratio in the competition as a Madrid boss.

Though things are not going as smoothly in La Liga, the Spaniards have proven their continental credentials, showing they mean business in Europe’s elite competition.

Unai Emery’s side defied the odds to oust one of the favourites and reach the Champions League semi-finals for the first time since 2005/06.

However, Emery’s Champions League semi-final debut could not have found any sterner test than an in-form Liverpool side that have been crushing everyone in their way.

Jurgen Klopp’s team dismantled Manchester United 4-0 in the latest chapter of their long-standing Premier League rivalry to return to the top of the Premier League table for the first time since October.

The Reds have been equally impressive in the Champions League, finishing top of their group with all six wins before easing past Inter Milan and Benfica in the opening two knock-out rounds.

Liverpool will play host to Villarreal for the first leg on April 27, looking to pour more misery on the Spaniards’ poor European record on English soil.

Ahead of their upcoming trip to Anfield, the Yellow Submarine have won none of their last eight away matches in England in major European competitions (D3, L5).