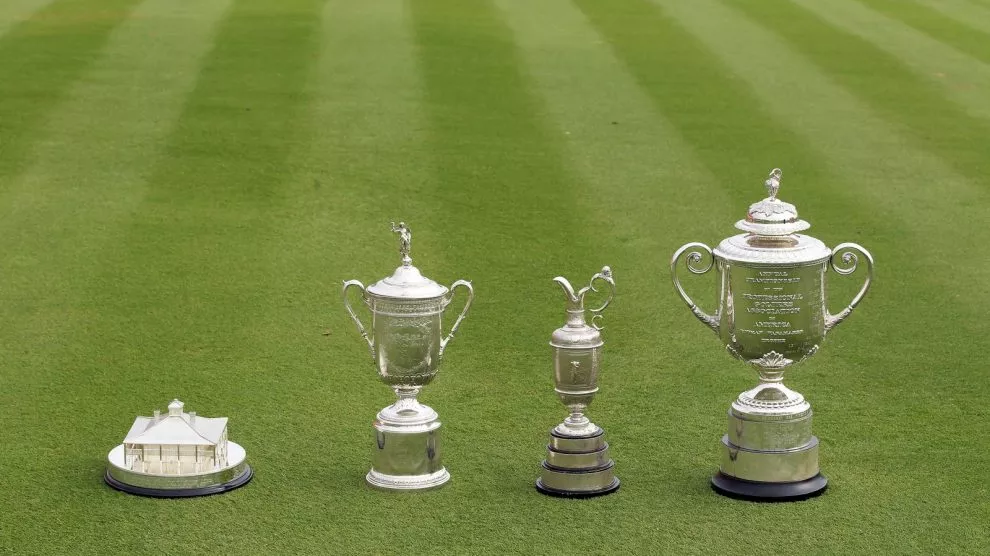 The yearly golfing calendar revolves around the four majors. These are the four tournaments that make up the pinnacle of the sport. The four majors are The Masters, The US PGA, US Open and The Open. Three of the four events are held in the USA with The Open being held in the UK.

Winning a major can define a career, winning multiple majors can consign a golfer to the Hall of Fame. Jack Nicklaus has won the most majors with the Golden Bear winning 18 throughout his illustrious career. Tiger Woods is next on the list with 15.

The majors are always class events and simply a must-watch for any golf fan. Here we take you through when each of the four majors is due to be played in 2022.

This year we saw Premier League side Brighton & Hove Albion try a fun Betway Golf challenge ahead of the Masters, with four Brighton stars going head to head in the ultimate battle for bragging rights in the golfing stakes.

Lewis Dunk and Adam Lallana took on Shane Duffy and Pascal Gross in a series of challenges involving longest drives, a bunker challenge and ‘nearest the pin’. As you’d expect from footballers mucking about in a different sport, it makes for a fun day out. See the video below for more.

Back to the Masters itself – this year the tournament was won by Scottie Scheffler. It was Scheffler’s first major and cemented his position at the top of the golf world rankings.

However, despite Scheffler’s victory, the tournament will be best remembered for Tiger Woods shooting -1 under in his first round since making his remarkable comeback following his car crash which almost saw him lose a leg.

Woods would end up finishing in 47th place, but the fact he was able to make the cut and show that in patches he hasn’t lost any of his magic has to go down as huge sporting achievement.

The US PGA will take place from the 19th May – 22nd May.  This year the tournament will be held at Southern Hills which is in Tulsa, Oklahoma. It was last held at Southern Hills in 2007, in an event won by Tiger Woods. It is an event with a huge field with up to 156 players eligible to play. Last year Phil Mickelson rolled back the years to win his 6th major title.

The US Open will be played at the Country Club which is in Brookline Massachusetts. The set-up is usually incredibly tough and the US Open can be a very hard championship to win. It’s another loaded field with 156 players taking part. To win a US Open you need to have it all.