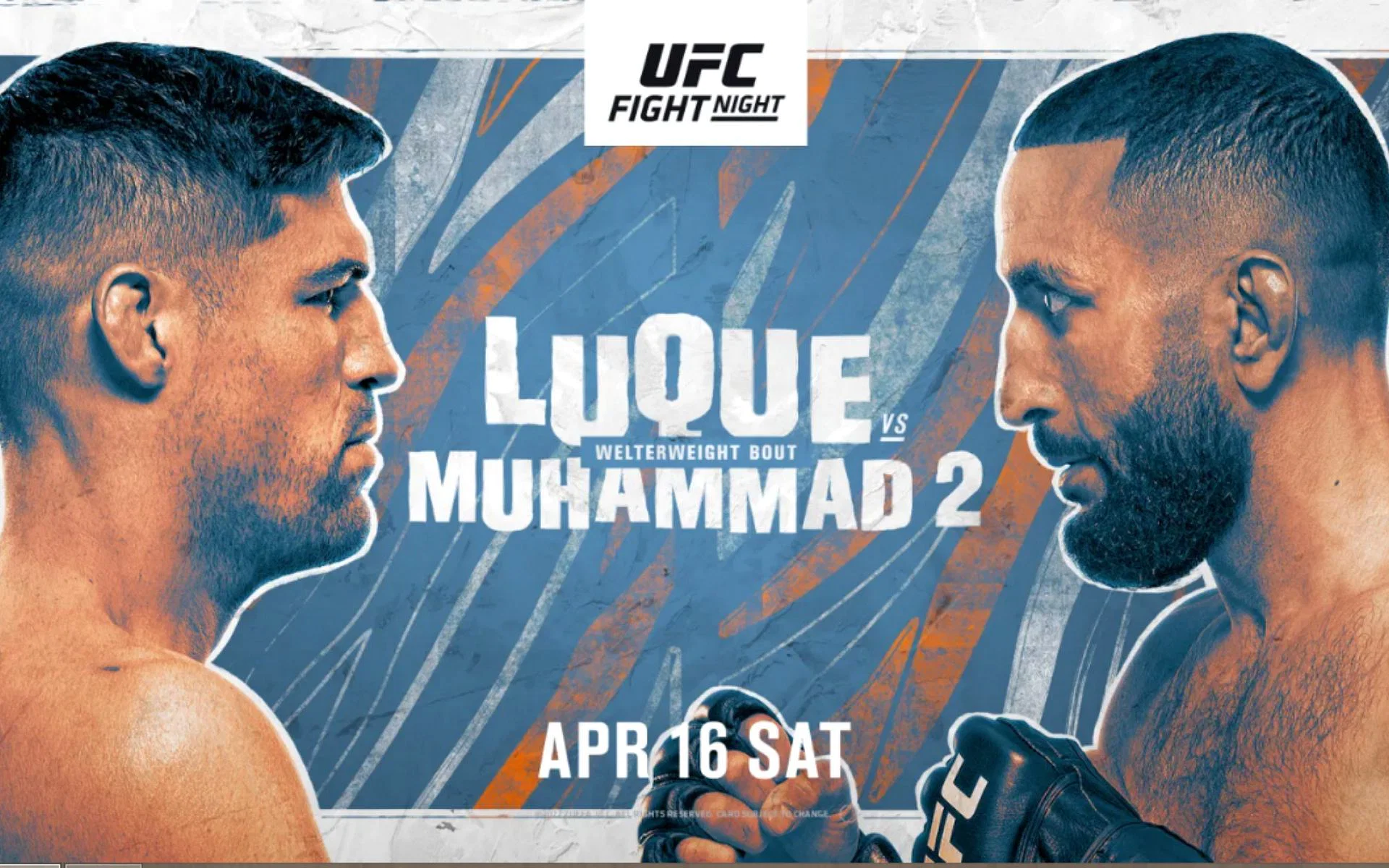 Recently Khamzat Chimaev, Kamaru Usman, Gilbert Burns, and Colby Covington have been the talk of the town in the division.

But with Luque ranked No.5 and Muhammad occupying the No.6 spot, both are looking to remind everyone that the dominance of the UFC welterweight is always in their sights.

Luque is not known to be a grappler but has developed the most refined striking skills required to keep his opponent’s points within his reach.

When the duo steps into the Octagon, it will be six years since their first fight. Luque won the first encounter, kicking off his incredible ascent to the top by a first-round stoppage victory.

Luque vows not to go the distance

Both fighters have acknowledged each other’s improvement and promised to take the bulls by the born when they meet.

The Brazilian is not cut from the same cloth as Muhammad and has vowed to bring a relentless pace aiming at a first-round finish.

‘The Silent Assasin’ is a well-rounded striker recording 19 finishes, either coming by knockout or submission. He possesses a serious finishing threat winning 10 of his last 12 fights.

Meanwhile, Muhammad is on an impressive run of form since his first clash against Luque. He has gone undefeated in his last seven UFC fights winning six.

The American is rejuvenated and we can see him putting up a good fight for a couple of rounds.

Yet, Luque’s striking power and ability should nullify all of Muhammad’s wrestling, keeping him at a distance and setting up a knockout.

Muhammad comes in here with the wrestling advantage. Luque(21-7-1) will fancy himself if the fight remains on the feet; where the fight tilts towards is more likely where the winner emerges.

No title is on the line, but an opportunity for both competitors to steer themselves back into the title frame.

Luque is the slight favourite here – his aggressive offence on the feet will trouble Muhammad and taking Luque down will open Muhammad up to submissions. Even if the fight goes into the Championship rounds it is hard to look past Luque.

You can watch this card live on ESPN+ – see our UFC streams page for more details.