PSL 7: Erin Holland thanks Karachi on her last day in the city 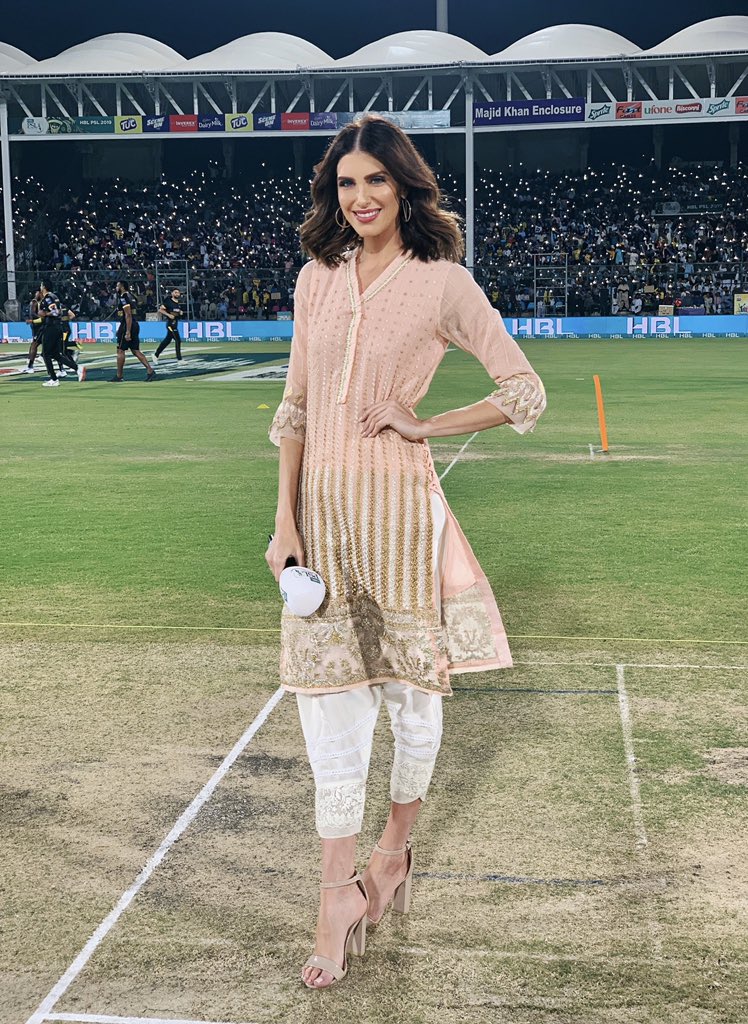 Australian cricket presenter Erin Holland has thanked Karachi on her last day in the famous city as the Pakistan Super League will now take place in Lahore from February 10.

The 32-year-old television host has shared pictures and short videos from PSL 7 matches. The Pakistan Cricket Board also got in on the act.

Fifteen matches have been played in this year’s Pakistan Super League to date, with the Karachi-leg matches ending after the thrilling encounter between Lahore Qalandars and Quetta Gladiators yesterday.

Lahore will now host the remaining 19 matches, including the play-offs.

Multan Sultans are the only unbeaten team in this edition of the PSL, with the defending champions winning all five matches.

Islamabad United and Lahore Qalandars are currently on six points each, with both sides winning three of their five games.

Quetta Gladiators and Peshawar Zalmi occupy the fourth and fifth spots, with both teams on four points.

Karachi Kings are the only team yet to claim a single victory this season. Babar Azam’s side have lost all five matches and are bottom of the table.