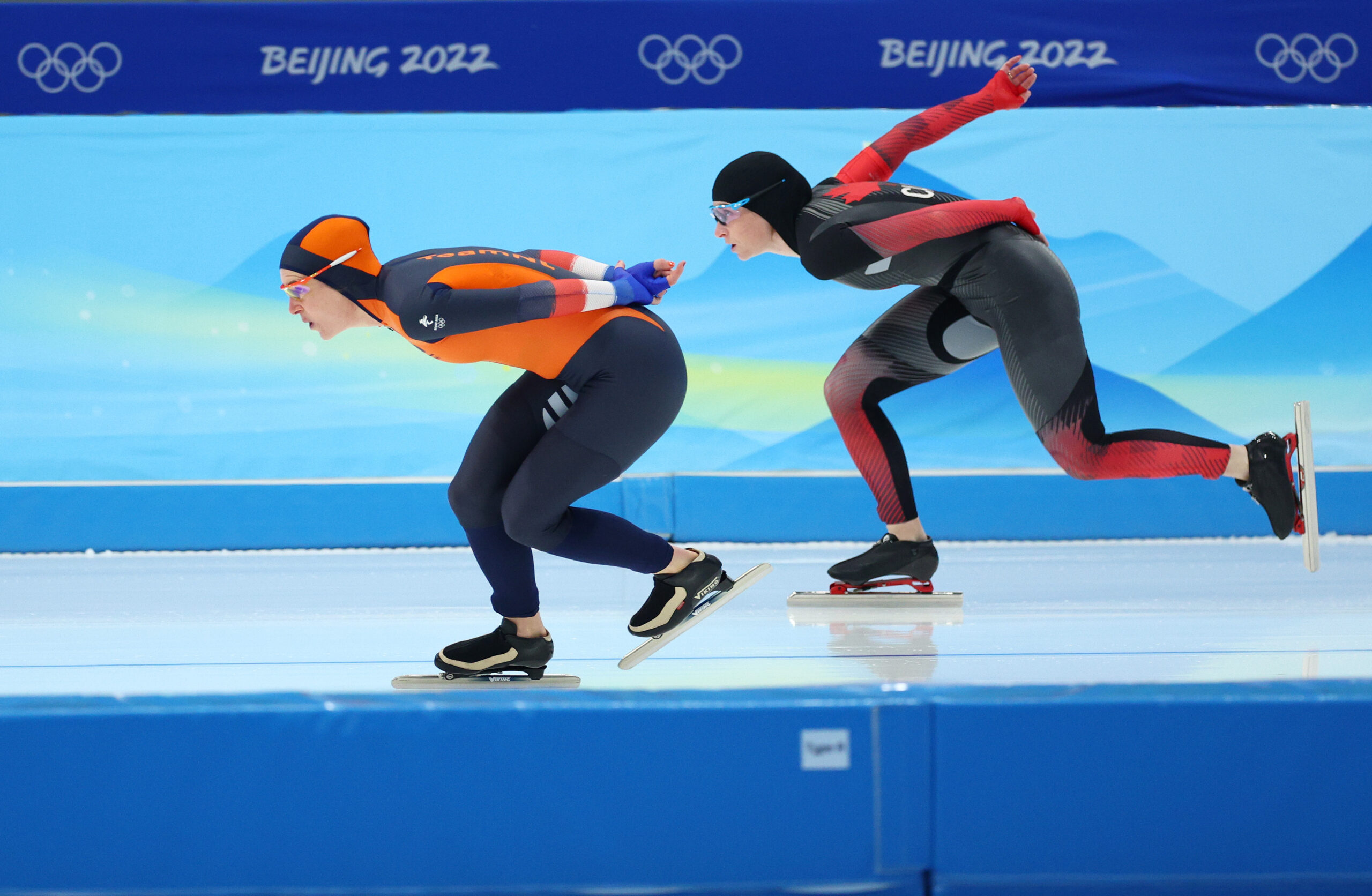 Records continued to tumble at the 2022 Winter Olympics on Monday.

After Irene Schouten broke a 20-year-old record in 3,000m speed skating, Ireen Wust went ahead and grabbed the headlines for herself.

Much like her Dutch compatriot Schouten, Wust is one of the best in the sport across the world.

On Monday, she became the first athlete in the history of the Olympics to win five individual gold medals in five different editions.

The individual medal carries more weightage due to the penalty induced on each missed shot – a one-minute penalty is added instead of the usual 20 seconds.

Herrmann missed only one out of her 20 shots, justifying her position at the top of the podium.

US ski star Mikaela Shiffrin was the favourite to win her third Olympic gold medal at the Beijing Games.

However, the defending champion failed to earn a podium finish as she crashed out of giant slalom after a poor start.

She slipped wide after a few gates and was unable to regain her line.

Her exit left the top spot vacant for challengers, and it was Sweden’s Sara Hector who took advantage.

The Swedish skier is currently at the top of the charts in the World Cup standings and has now added the impressive laurel of being an Olympic gold medallist.

Federica Brignone of Italy tried to upstage Hector towards the end, but the Swede’s start was too good for anyone to come close on the night.

As things stand, Sweden has the most gold medals at the 2022 Winter Olympics.