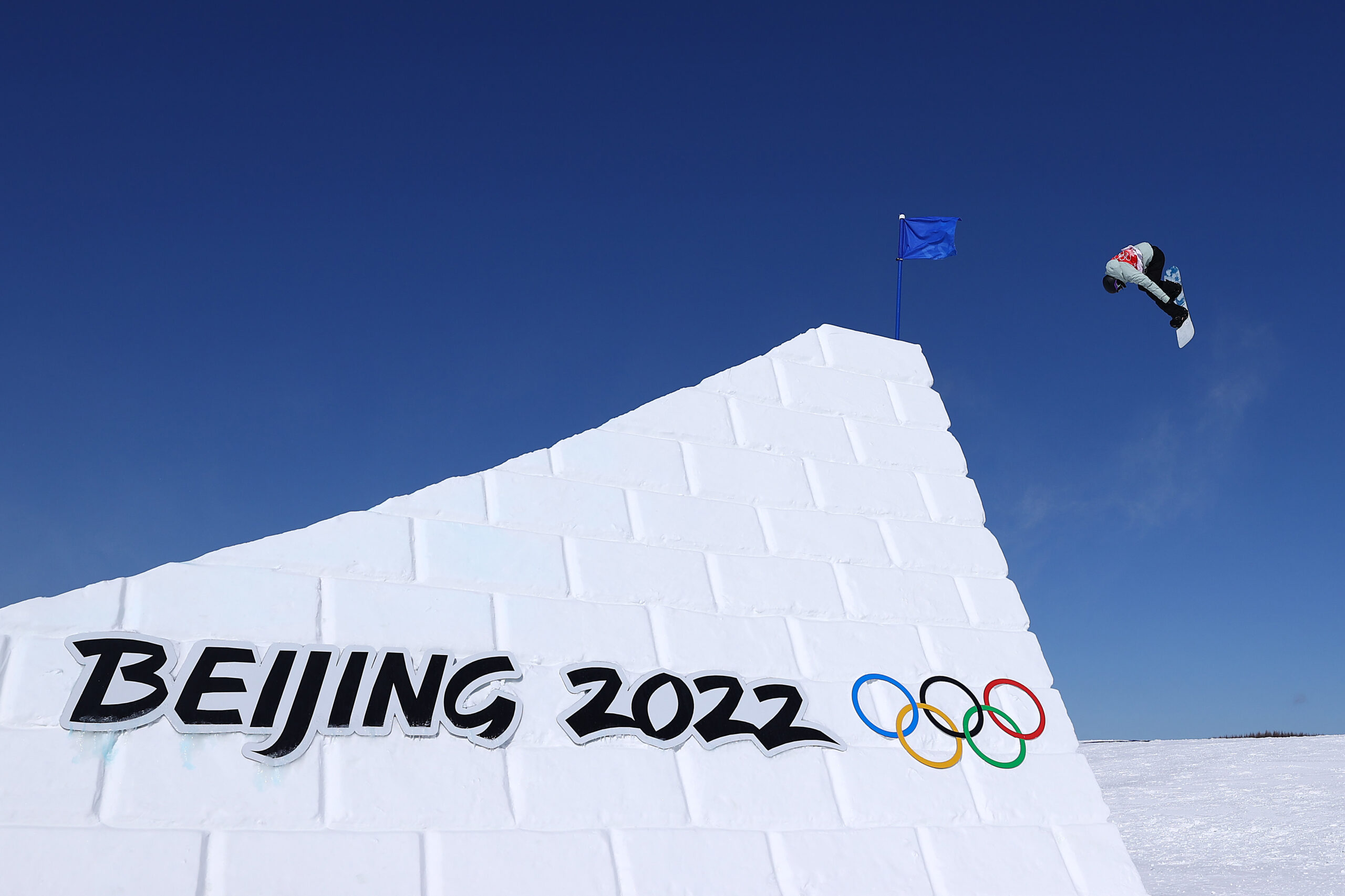 Delegates from participating nations added to the shine of the occasion, but a few controversial moments have dominated the media after the ceremony.

China’s choice of athletes was a deliberate decision to promote gender equity in sports.

However, their decision to include Yilamujiang, who is a member of the Uyghur community, has been seen as a ‘provocative’ action.

It is a well-documented fact that China’s reported treatment of the Uyghur community has been questioned based on human rights issues by several western countries.

It led the United States, United Kingdom, Japan and several other nations to diplomatically boycott the event.

Yilamujiang’s inclusion for a showpiece event will do little to ease the rising political tensions between these countries.

Dutch reporter Sjoerd den Daas was dragged away by security last night outside the National Stadium, known as the Bird’s Nest.

Daas was reporting for Dutch public broadcaster NOS when a ‘volunteer’ from the organising committee was seen pushing the reporter away live on tape.

Daas kept calm, and NOS later tweeted about the incident.

The incident is reportedly not an isolated story with several reporters being expelled from various areas, without being given any reason or notice.

Columbia Journalism Review reported earlier this week that reporters travelling to the Winter Olympics had been advised to leave behind their regular cell phones and use burners instead in China.

The Committee to Protect Journalists told media personnel to create new temporary emails to prevent the Chinese government from tracking their data and activities.

Overall, the lack of freedom and privacy for the media has put a red marker on Day 1 of the Winter Olympics.

US ice hockey star Brianna Decker has been ruled out of the Winter Olympics after suffering an injury and she will be returning home later today.

Alpine skiing participants were left frustrated after weather interruptions prevented them from training.

He is certain to miss the individual event, which will be held next Wednesday.

Another 19 athletes and members of staff have tested positive inside the bubble loop at the Games.

It is set to be a busy day in Beijing with medals in cross-country skiing, speed skating, short-track speed skating, biathlon, ski jumping and freestyle skiing up for grabs today.