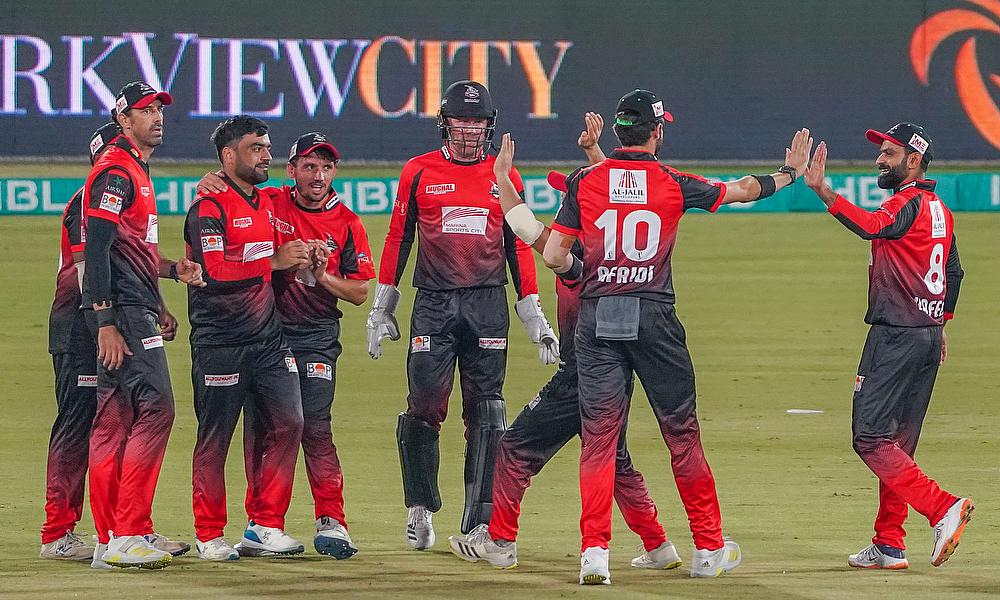 Lahore Qalandars claimed their third PSL victory on Saturday as Zaman Khan held his nerve and defended 12 runs in the final over.

The young pacer conceded just three runs in the last over, even though big-hitters Asif Ali and Azam Khan were on the pitch.

The 12th match of the Pakistan Super League saw Islamabad United win the toss at the National Stadium today, and they decided to bowl first.

Islamabad made a poor start to their innings as Paul Stirling and Alex Hales both departed early.

However, Shadab Khan and Colin Munro created a 100-run partnership for the third wicket to put the Sherus in the driving seat.

But Rashid Khan dismissed the Islamabad skipper in the 15th over, and Munro soon departed with Haris Rauf taking his wicket.

The Sherus needed 12 runs from the last over with Ali and Khan at the crease.

Khan kept his cool, conceding only three runs to win the match by eight runs for the Qalandars.