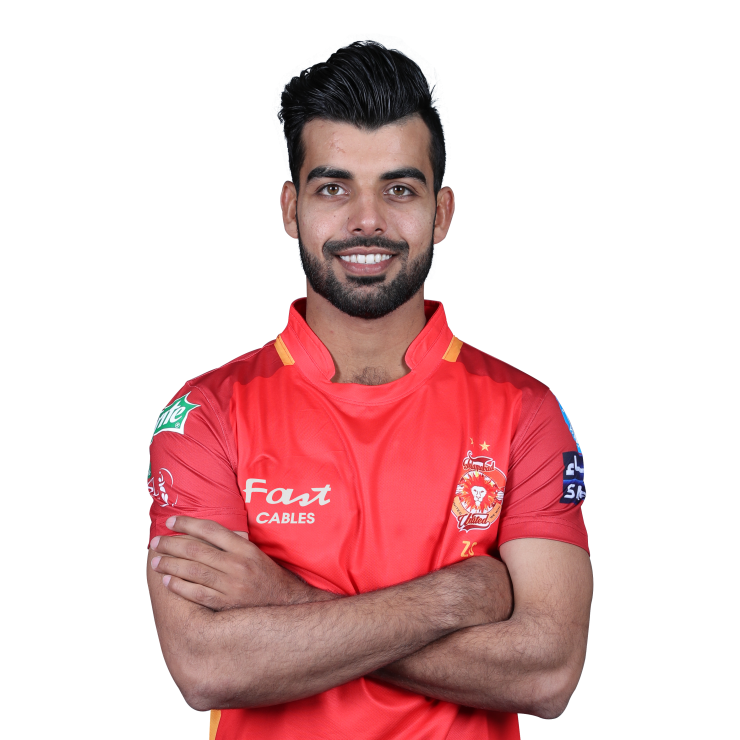 Islamabad United will return to action today when they take on Quetta Gladiators at the National Stadium Karachi.

The Sherus made a winning start to their PSL campaign, thrashing Peshawar Zalmi by nine wickets on Sunday.

However, they slumped to a 20-run defeat against Multan Sultans in their latest match.

Shadab Khan scored a blistering knock of 91, but Islamabad could only make 197 runs to lose the game.

Meanwhile, Quetta Gladiators have won only one of their three PSL matches to date.

The Purple Force made a strong comeback to their first defeat when they outclassed Karachi Kings by eight wickets.

They also came close to claiming back-to-back wins on Monday, but a brilliant last over from David Willey meant Multan Sultans sealed the victory by six runs.

The Gladiators have struggled to bat well this term, but their performances are expected to improve with the arrival of James Vince and Jason Roy.

Veteran all-rounder Shahid Afridi will also be in action for the Purple Force today as he has recovered from COVID-19.

Islamabad and Quetta have met each other 13 times, with the Gladiators winning seven of those encounters.