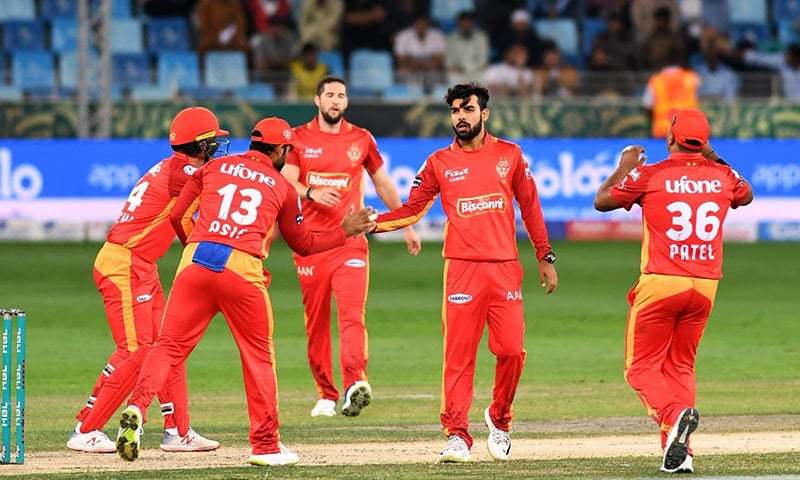 Islamabad United made a winning start to their PSL 7 campaign as they beat Peshawar Zalmi by an incredible nine wickets.

Alex Hales hit an unbeaten 82 runs to make a vital contribution to the Sherus’ victory at the National Stadium, Karachi.

The 2018 champions won the toss and decided to bowl first, a decision that proved to be highly rewarding.

Their bowlers destroyed the top-order battling line of Peshawar, with Hasan Ali, Faheem Ashraf and Shadab Khan picking up the first four wickets quite early.

However, Shoaib Malik and Sherfane Rutherford steadied the ship with a 73-run partnership.

Malik contributed 25 runs off 22 before Mohammad Wasim dismissed him in the 14th over of the game.

While Rutherford struck an unbeaten 70 runs off 46 balls that included seven fours and three sixes.

With Ben Cutting also contributing 26, Peshawar reached 168 runs by the end of the 20th over.

However, United didn’t face any difficulty in chasing the 169-run target.

Paul Stirling struck a blistering 57 runs off 25 balls before he was run out by Wahab Riaz in the ninth over.

Hales bagged an unbeaten 82 runs that included 13 fours and a six to seal a comfortable victory for United.

The Sherus will now lock horns with Multan Sultans on Tuesday at the National Stadium.