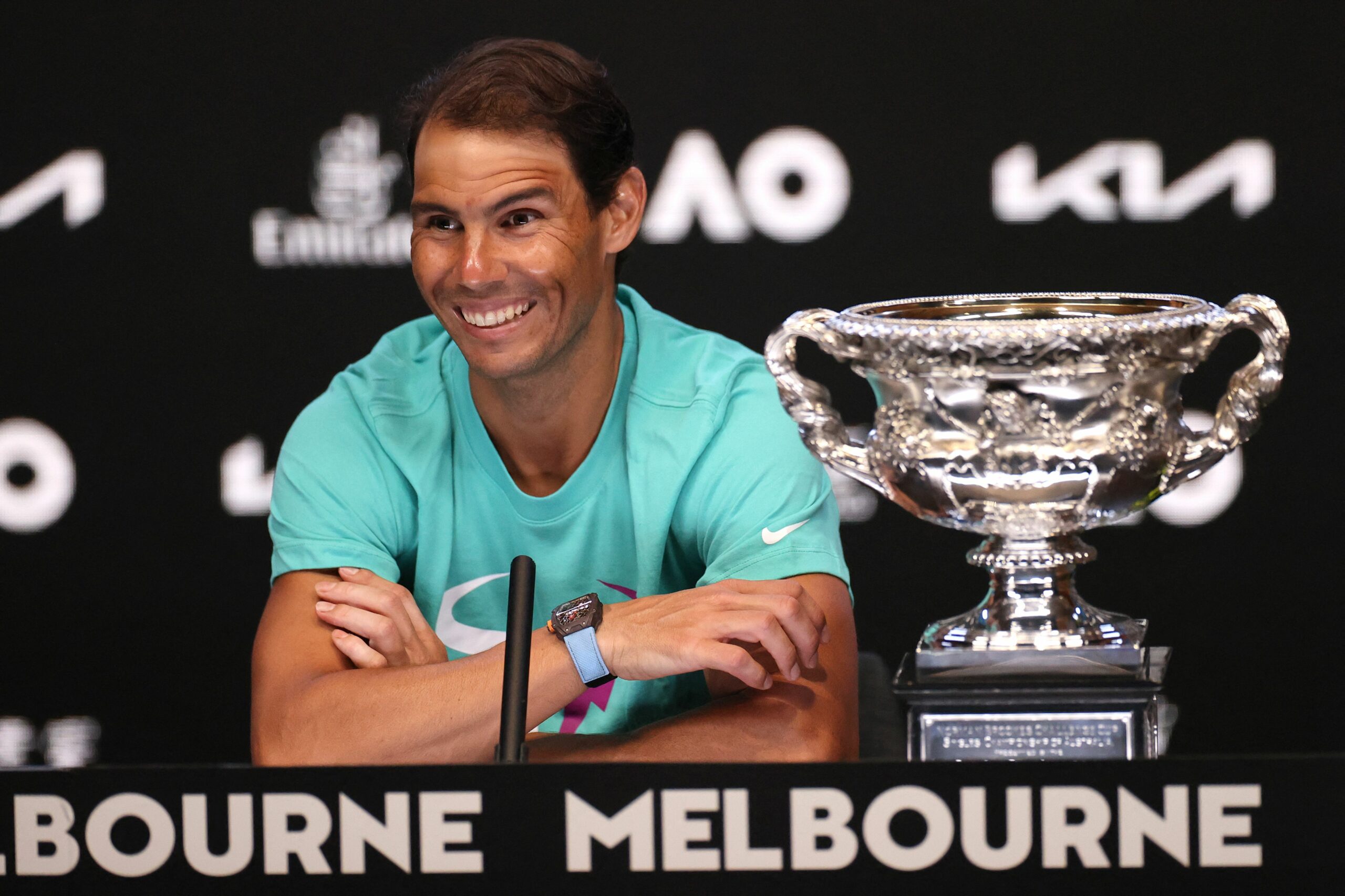 Rafael Nadal did what he does best at the Rod Laver Arena.

He beat World No 2 Daniil Medvedev in an intense five-setter to claim his 21st Grand Slam.

However, as Nadal has done numerous times in the past, he came roaring back to clinch the title.

Nadal won the third and fourth set by similar margins of 6-4 to level things at the Rod Laver Arena.

The fifth set was an intense affair, with neither player willing to lose.

With the final set tied at 5-5, Nadal broke his Russian opponent in the 11th game.

He held on to his service in the next game by winning four straight points.

It confirmed Nadal’s place in the history books of tennis as he became the first male singles player to win 21 Grand Slams in the Open era.

“A few months ago we were joking about both being on crutches. Amazing. Never underestimate a great champion.

“Your incredible work ethic, education and fighting spirit are an inspiration to me and countless others around the world.

“I am proud to share this era with you and honoured to play a role in pushing you to achieve more.

“I am sure you have more achievements ahead but for now enjoy this one!”

Up next for Nadal will be the 2022 French Open.

Roland Garros will provide an excellent chance for the King of Clay to extend his lead at the top.