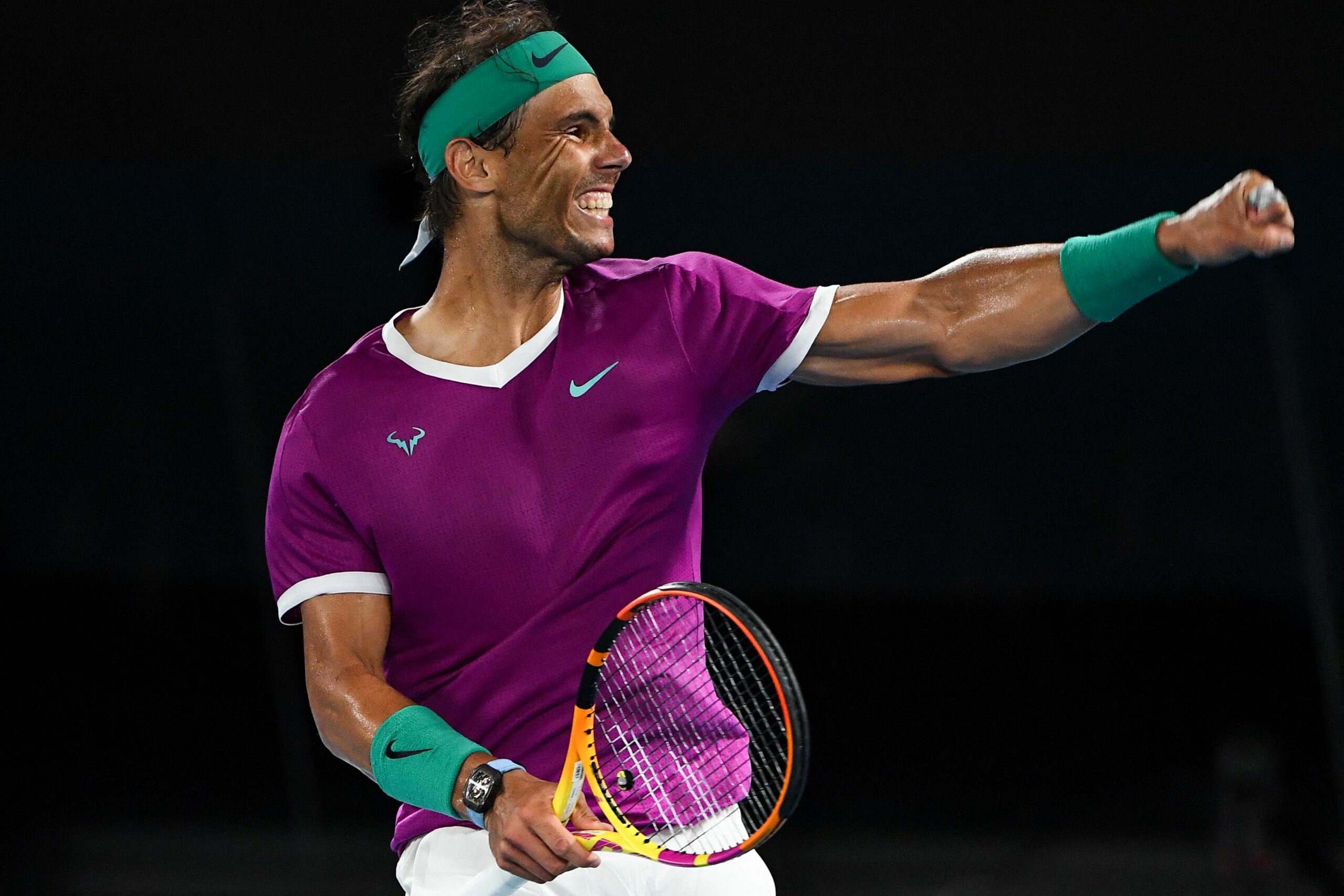 Spanish tennis ace Rafael Nadal has progressed to the men’s singles final at the 2022 Australian Open.

Nadal is now one win away from claiming his second Australian Open title.

The Spaniard has won 13 Roland Garros titles, four US Opens, two Wimbledon and one Australian Open during his career.

Nadal beat Denis Shapovalov in a marathon five-setter in the quarter-finals earlier this week.

The Spaniard has dropped only four sets in six matches in Melbourne this year.

Nadal, Roger Federer and Novak Djokovic have each won 20 Grand Slam titles in the Open era.

No other male tennis player has won more major titles than them in the singles game.

Considered by many to be the greatest male players of the sport, the fierce rivalry may script yet another historical page on Sunday.

Federer withdrew from the Australian Open as he continues to work on his recovery and fitness.

Djokovic was unable to play after the Australian government rescinded his visa, and he was sent back to Europe.

If Nadal wins on Sunday, he will become the first singles male tennis player in the Open era to win 21 Grand Slam titles.

It will be Nadal’s 29th appearance in a Grand Slam final.

Who is playing in the other men’s singles Australian Open semi-final?

Stefanos Tsitsipas is battling against Daniil Medvedev in the other semi-final.

Both players have won one set each, with the third set evenly poised at the time of writing.

The winner will take on Nadal in the Australian Open men’s singles final on Sunday.