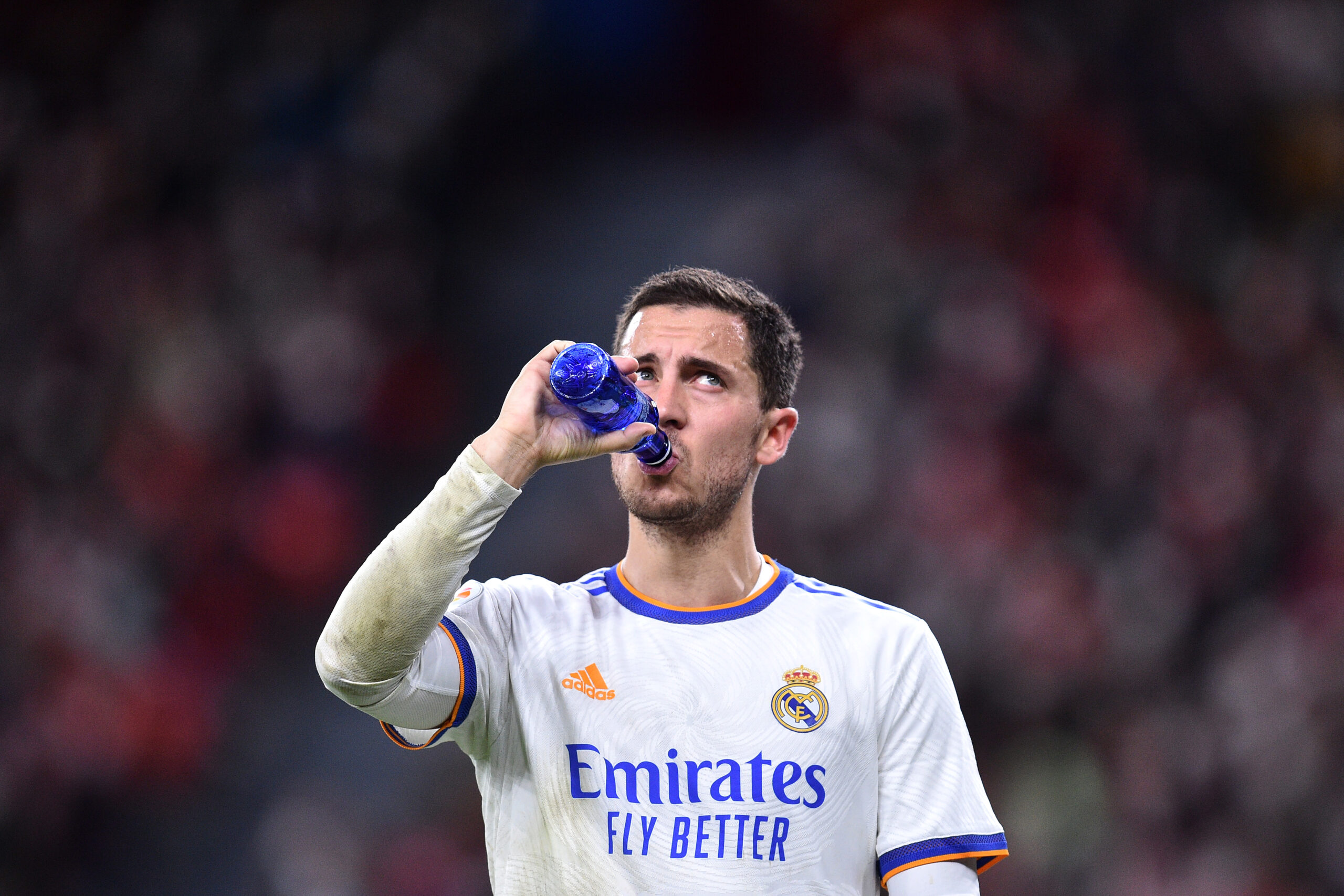 Eden Hazard’s journey at Real Madrid has become an increasingly difficult chapter for the Belgian winger.

The latest reports by Belgian journalist Sacha Tavolieri indicate that the January transfer window could be Hazard’s last month at the Santiago Bernabeu.

He tweeted a conflicting development at Madrid over Hazard’s future earlier today.

Madrid’s medical team has reportedly suggested a new surgery for the Belgian, who has only played 59 games since joining in 2019.

However, club president Florentino Perez wants to avoid it and speed up the selling process.

Perez thinks that surgery may hamper Hazard’s chances of being sold this month.

Hazard has played 59 games for Madrid and missed 61 due to injuries. He has been an unused substitute in 13 games.

The Belgian has averaged 53 minutes of football in 59 appearances for the Galacticos.

Hazard has registered five goals and ten assists since joining the club in 2019.

He has spent 3,163 minutes on the pitch for Madrid, averaging 210 minutes per goal/assist.

Hazard may be sold in January

Madrid signed him for an initial £89 million from Chelsea, with £41m included in add-ons.

Hazard was given the iconic number 7 jersey, but he has failed to shine.

He has dropped down the pecking order with Vinicius Junior, Rodrygo and Asensio all starting ahead of him.

Madrid are also pursuing Kylian Mbappe, whose arrival will all but end the Belgian’s Madrid career.

Perez is keen to cut his losses on Hazard and sell him in January.

Newcastle reportedly made a €40m bid for Hazard, but he rejected the move.