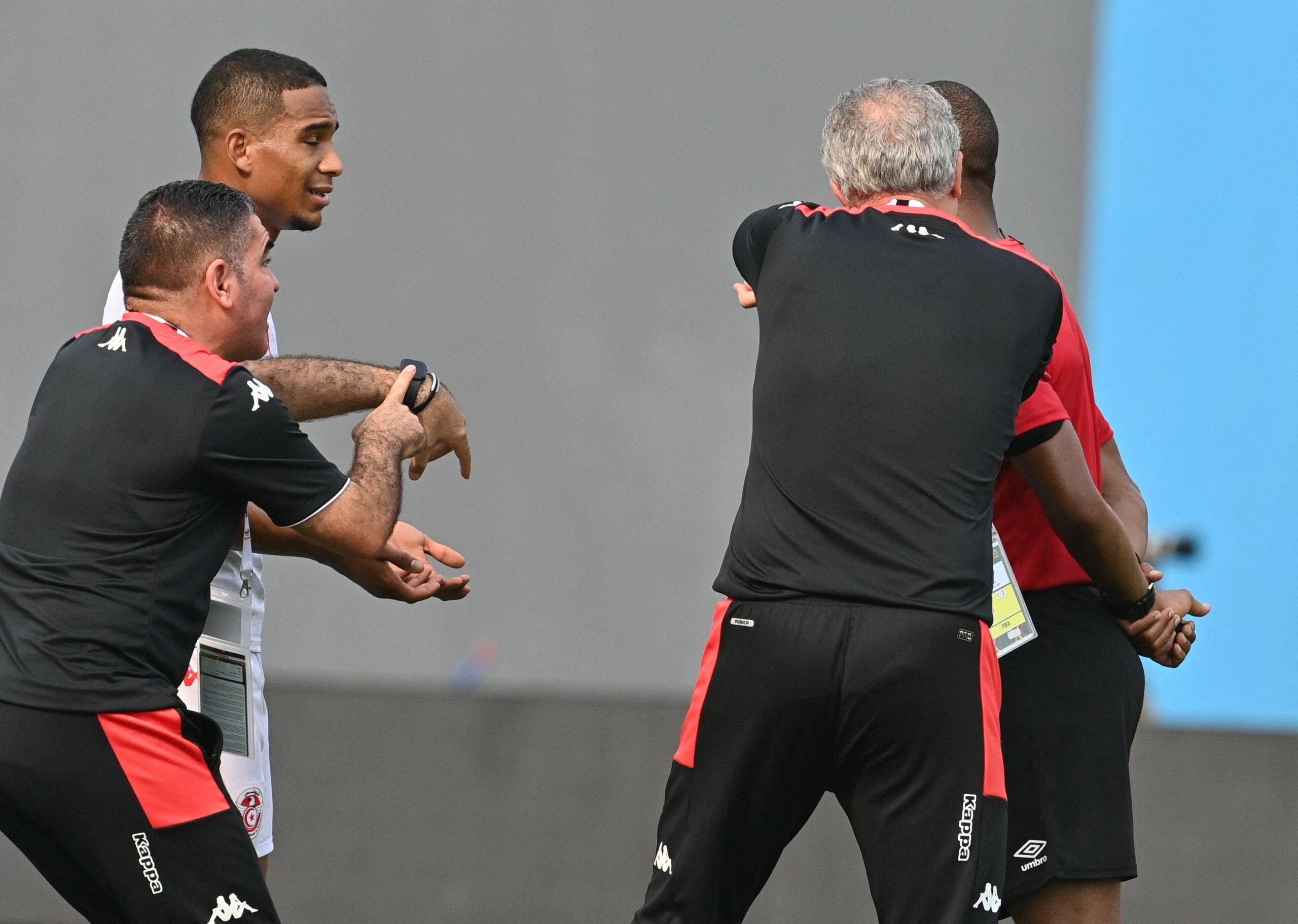 The AFCON 2021 group stage match between Mali and Tunisia ended in controversy due to some bizarre refereeing.

Mali forward Ibrahima Kone scored the only goal of the match early in the second half from a penalty kick.

However, controversy started when referee Janny Sikazwe blew the full-time whistle in the 85th minute of the match.

After realising his mistake, the official restarted the match only to blow the final whistle again with the clock reading 89:43.

Tunisia’s coaching staff were furious with the full-time whistle and protested angrily by surrounding the match officials.

The drama continued when Mali’s head coach Mohamed Magassouba was interrupted by the officials during his post-match press conference.

He was informed to bring his team back out onto the pitch to resume play for an additional three minutes to complete the match.

Despite Mali players and the referee waiting on the field, Tunisia players refused to come out as they were reportedly agitated by the situation.

The referee eventually concluded the match with the final result reading 1-0 in favour of Mali.

Gambia started with a 1-0 win against Mauritania in their first appearance at AFCON.

Abdoulie Jallow scored the only goal of the match in the 10th minute with a powerful left-foot strike from the edge of the box.

Mauritania dominated the proceedings after that but could not find the back of the net.

They had 60.5% possession and 20 shots on goal but failed to get that elusive goal.

The veteran winger latched on to a loose ball on the edge of the box and released a lethal right-footed shot to hand Ivory Coast the lead in the fifth minute of the match.

Equatorial Guinea failed to find an equaliser as the match ended 1-0.

Group A leaders Cameroon will take on Ethiopia in the first match of the day, with Burkina Faso facing Cabo Verde later.

Burkina Faso will want to put behind their disappointment from the loss against Cameroon with a victory tonight.