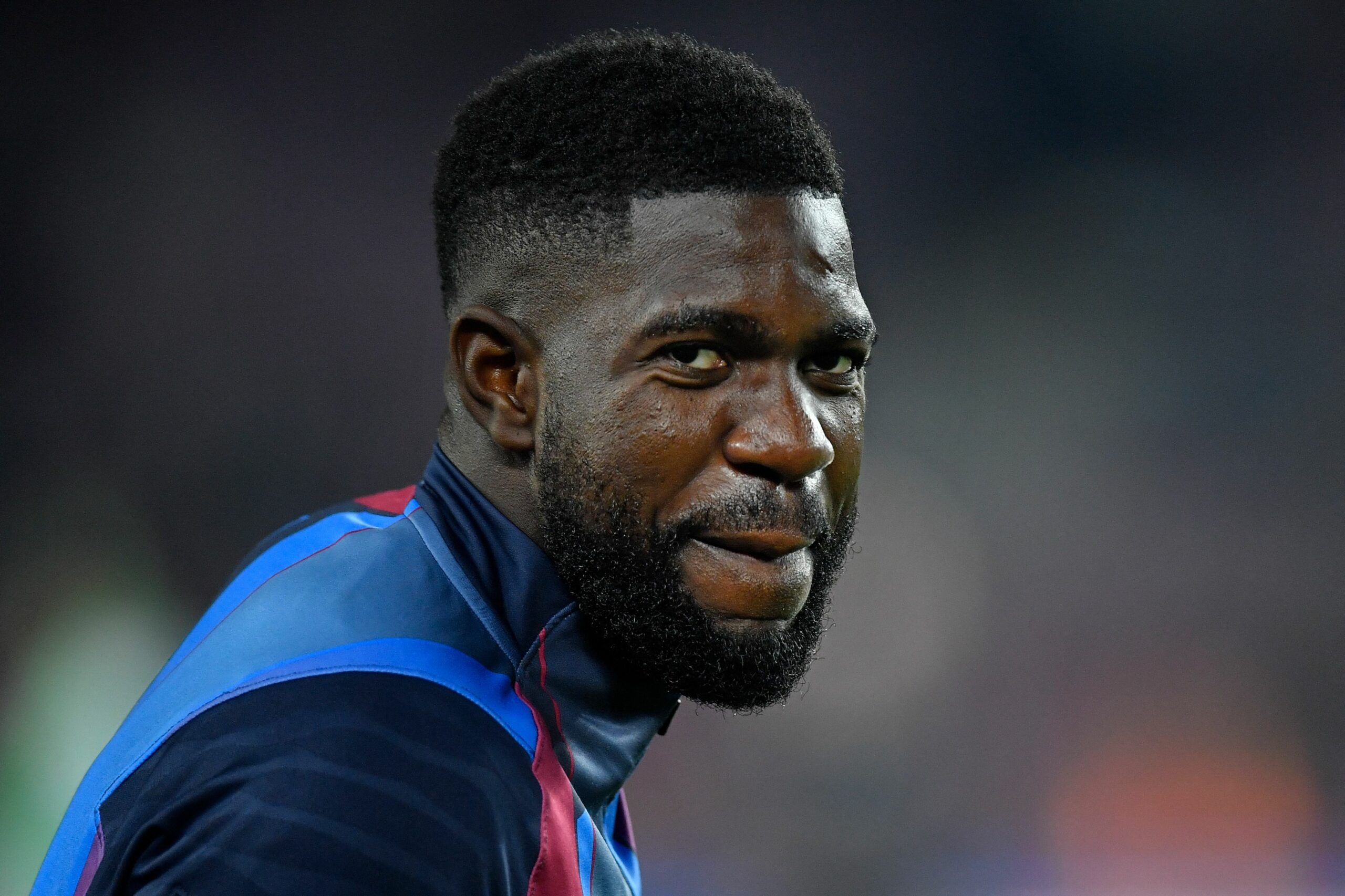 Umtiti has penned a new contract until 2026 that will allow the Catalans to spread his lucrative salary over the next four years.

“The French defender is reducing a part of the salary that he was due to receive in the year and a half remaining on his contract.

“This contract extension operation does not entail any greater financial commitments for FC Barcelona with regard to the player.

“FC Barcelona wishes to publicly express its gratitude to Samuel Umtiti for his willingness and the affection that he has demonstrated towards the club.

“Through this contract extension, FC Barcelona will be able to increase its ‘financial fair play’ quota and thus register Ferran Torres with the Spanish Professional Football League.”

The France international will receive what he was owed over the next 18 months across the new four-and-a-half-year deal.

The Spanish winger joined the Catalan powerhouse from Manchester City in a deal worth around £55million.

However, the 21-year-old has yet to make his debut for Xavi’s men due to Barca’s financial struggles.

Following Umtiti’s pay-cut, Barcelona have finally been given the green light to register Torres.

The injury-prone defender has emerged as a transfer target for Newcastle United, but he could stay put at Camp Nou in light of recent events.

A series of injury setbacks have seen the former Lyon centre-back fall down the pecking order at Barcelona, with Gerard Pique and Eric Garcia establishing themselves as the first-choice pairing under Xavi.

Meanwhile, Torres could record his debut for the new club this week when the Catalans take on Real Madrid in the Supercopa Espana semi-finals.

Barca could not have timed the Spaniard’s move better as Xavi faces massive selection problems induced by injuries and COVID-19, especially in attack.

Ousmane Dembele and Memphis Depay should be ready for the squad’s trip to Saudi Arabia for the upcoming encounter against arch-rivals.

But Ansu Fati remains a notable absentee, with the La Masia whizz-kid yet to overcome a nasty hamstring injury.

Per Spanish publication Marca, the 19-year-old could be part of the squad to travel to Riyadh, albeit his availability remains questionable.

Meanwhile, Barcelona have already offloaded Philippe Coutinho on a six-month loan to Aston Villa as part of the club’s bid to make room in a ballooning wage bill.