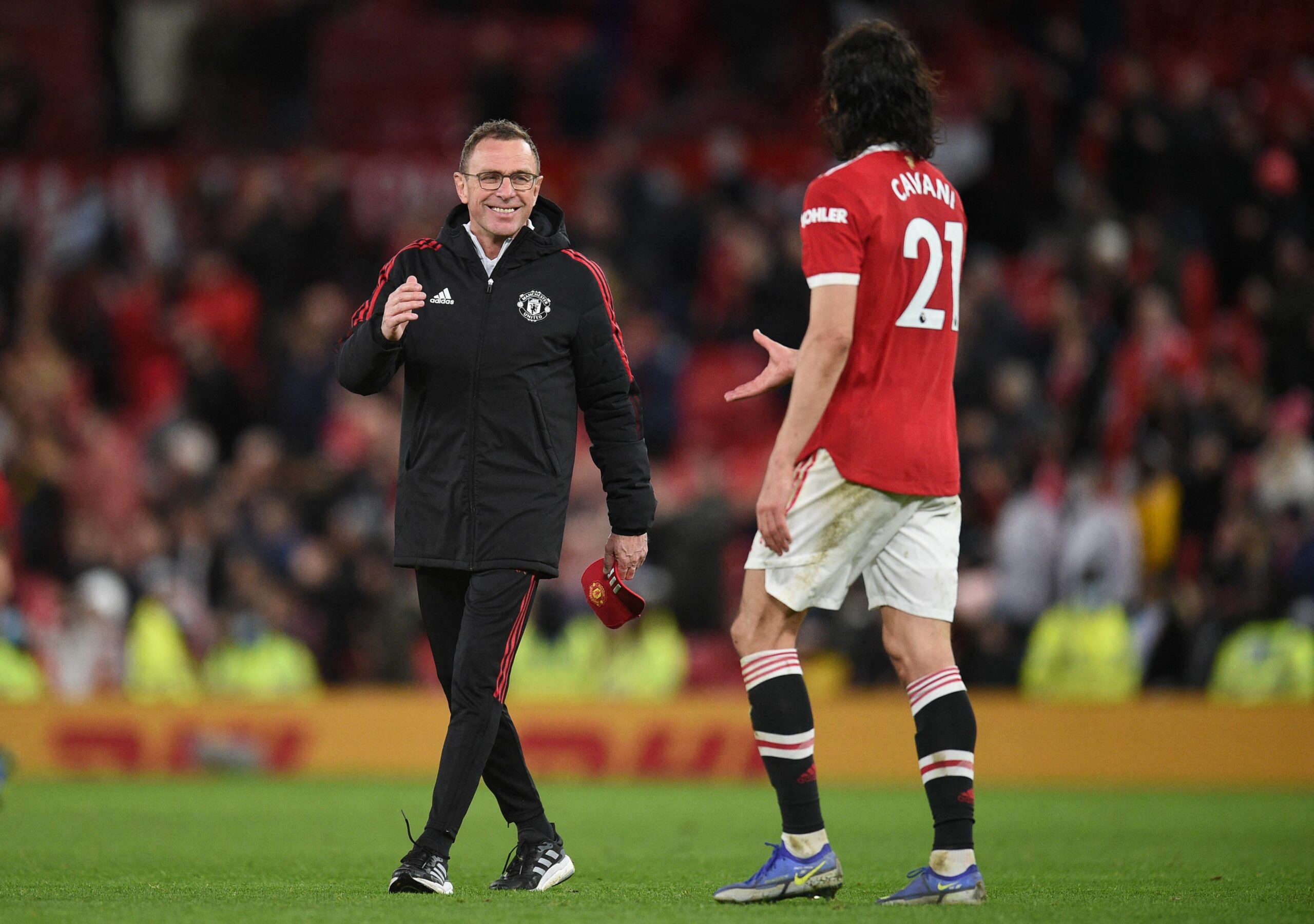 New Manchester United interim boss Ralf Rangnick has made his stance on Edinson Cavani abundantly clear amid growing speculation about the Uruguayan’s move to Barcelona.

The 34-year-old striker has experienced mixed fortunes this season, with his progress at Old Trafford hindered by several injury setbacks and a COVID-19 induced isolation.

After making just ten appearances in all competitions, Cavani seemed close to departing Manchester despite signing a one-year extension in the summer.

His game time was at a premium under former manager Ole Gunnar Solskjaer, but Rangnick’s arrival has thrown him a lifeline at the Theatre of Dreams.

The Paris Saint-Germain all-time highest scorer remains the only out-and-out striker at Rangnick’s disposal, and the ex-RB Leipzig strategist has no intention of giving up on him in January.

“We had a few conversations in the last couple of weeks – probably the player with whom I have spoken most,” Rangnick said, as relayed by The Guardian.

“I told him from the first day that he is a highly important player. He is probably the only one who can play as a striker back to goal and face to goal.

“His professionalism, his work ethic is amazing, and I told him that I desperately want him to stay until the end of the season.

“He also knows how highly I rate him and respect him, and that was also the reason why I played him from the beginning together with Cristiano [against Burnley].

“He knows that I will definitely not let him go. I would rather have another Edi on top of that, but for me, it’s clear that Edi has to stay.

“With regard to the other players [leaving in the transfer window], yes, our squad is maybe a bit big with regards to numbers, but we still have COVID – we have three competitions.

Cavani has emerged as Barcelona’s top target in the January transfer window.

Despite the signing of Ferran Torres from Manchester City, the Spaniards are in the market for another attacking reinforcement, particularly in the wake of Sergio Aguero’s shock retirement.

Xavi thought the Uruguay international’s sporadic playing time at Man United could sway him to embrace a January move to Camp Nou.

However, Cavani could be on his way to becoming an influential figure at Old Trafford under Rangnick, who seems to hold the veteran striker in high esteem.

Marcus Rashford and Mason Greenwood have blown hot and cold this season, while Bruno Fernandes cannot catch a break since Cristiano Ronaldo’s return from Juventus.

The Portuguese playmaker is going through a rough patch, probably his worst since arriving from Sporting Lisbon in January 2020.

With Fernandes performing well below his standards and Rashford and Greenwood struggling with inconsistent performances, Rangnick’s decision to rely on Cavani is no surprise.

The striker may be in the autumn of his playing career, but his experience, coupled with a well-documented scoring prowess and tactical awareness, still make him one of the most valuable assets at Old Trafford.