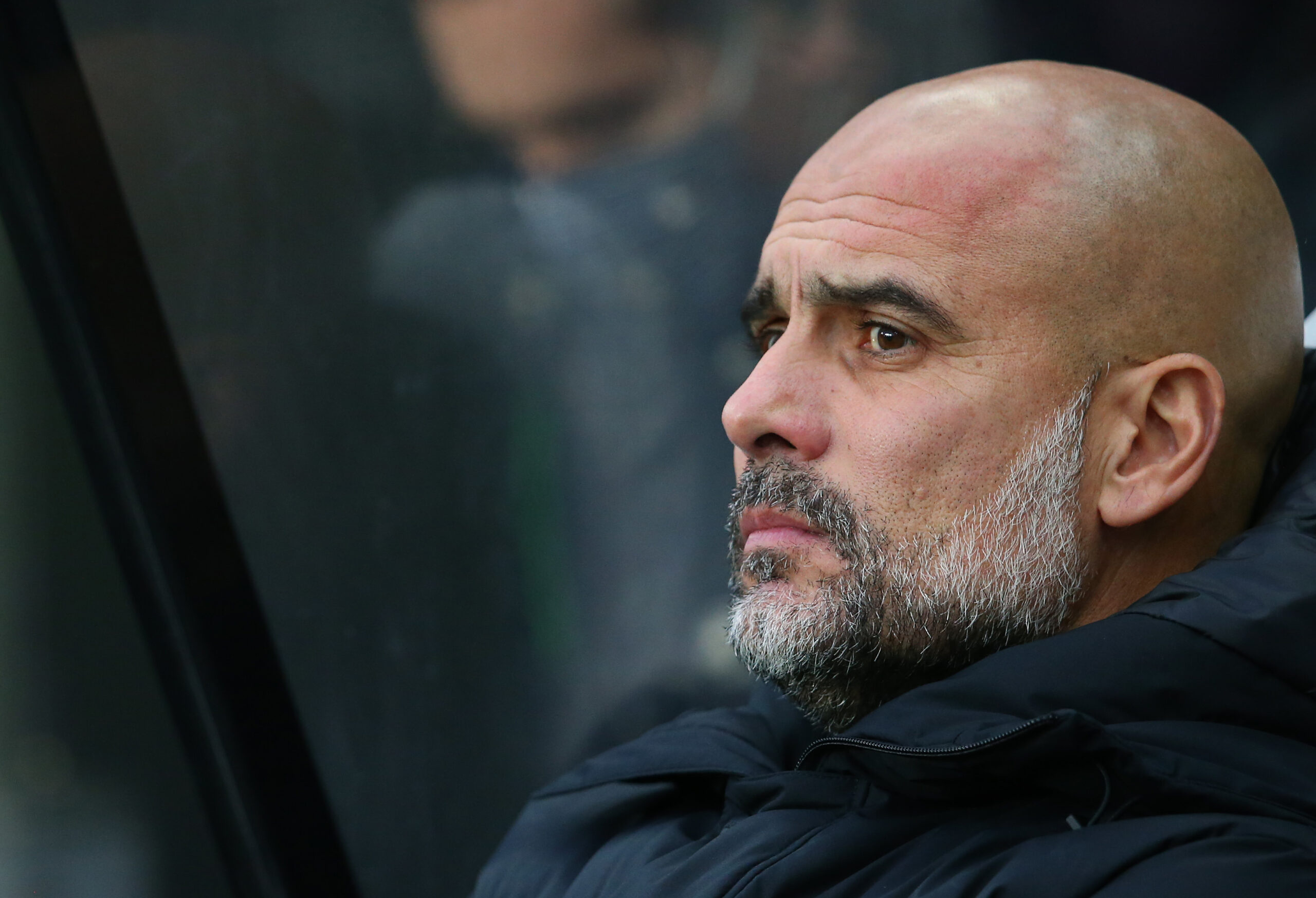 Pep Guardiola has confirmed that Manchester City are looking for a new striker and a transfer will happen “sooner or later”.

Although they had Gabriel Jesus, the club were reportedly looking for another recognised number nine in the transfer market.

According to Sky Sports, Harry Kane was one of their prime targets.

However, Tottenham Hotspur played hardball over the sale of their captain and City turned away in search of other players.

Their second target was Cristiano Ronaldo.

City failed once again to land their target as Manchester United spoiled their party.

The Red Devils made a late move to bring Ronaldo home, leaving City empty-handed going into the new season.

Ferran Torres and Gabriel Jesus have been primarily used as false nines with several other midfielders also playing that role on some occasions.

With City now set to sell Torres to Barcelona, it will leave Pep Guardiola’s squad dangerously thin up front.

Budget restraints will not be a problem for City.

They had a relatively quiet summer, only splashing the cash on signing Jack Grealish.

Arsenal and Manchester United spent more than while Chelsea spend the same amount.

It means City are unlikely to be hindered by budget constraints this January.

In addition to Kane, their options include Erling Braut Haaland from Borussia Dortmund and Dusan Vlahovic from Fiorentina.

While Haaland seems an unlikely choice given that it is the middle of the season, the other two players could be realistic signings for City.

Kane has been a shadow of his former self this season, and Tottenham may be ready to agree on a cut-price deal given his poor run of form.

Vlahovic is in the middle of a contract dispute with Fiorentina, giving City a good chance to take advantage of the situation.

He would be an excellent option for City. They would have a 21-year-old striker on their roster, who will deliver for years to come.

However, if the signing failed, there will always be the option to opt for Haaland in the summer.