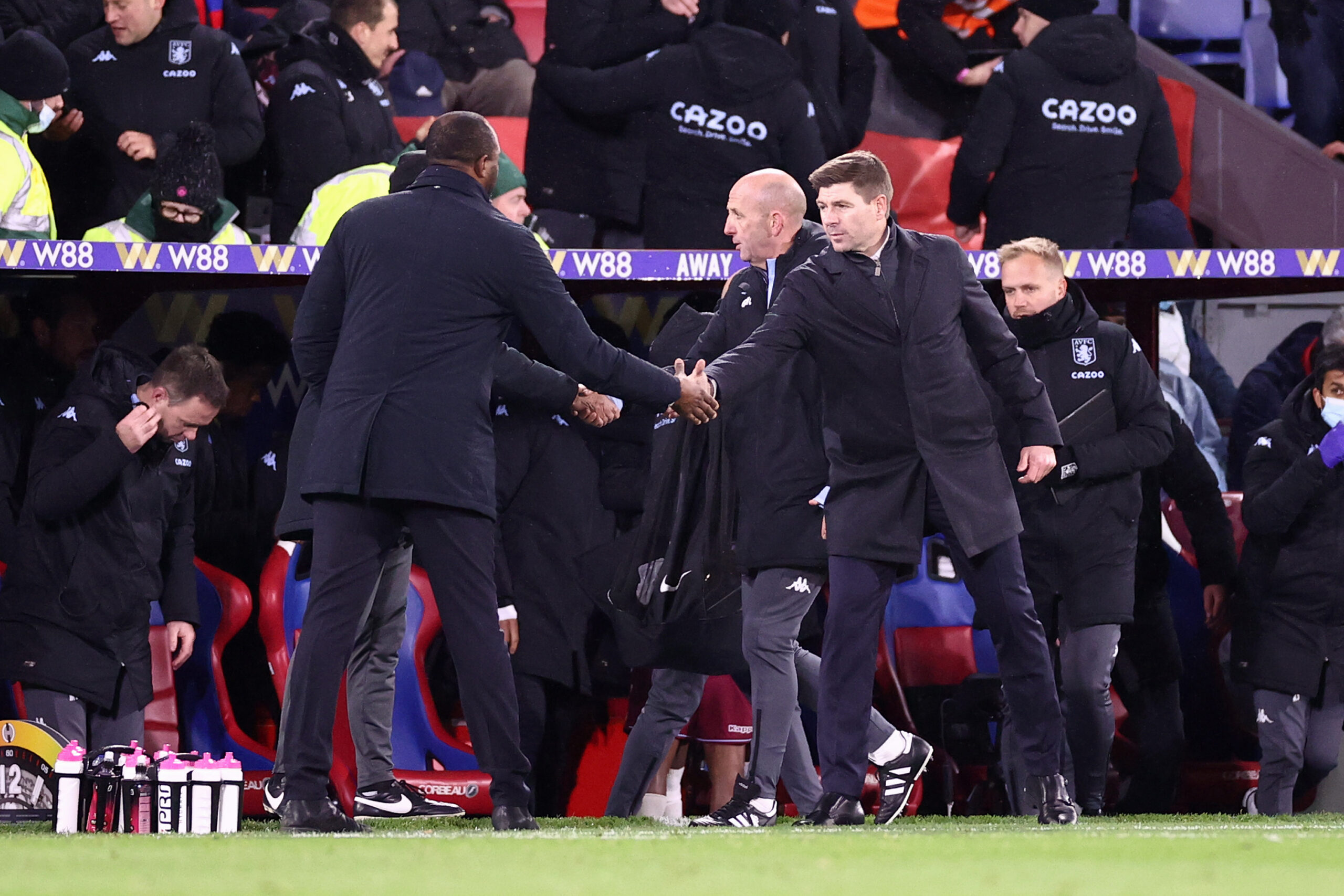 Patrick Vieira, Steven Gerrard added to list of 90 players and staff to test COVID-19 positive in one week: Why has the PL not been stopped yet?

Both coaches will now miss at least the next two games.

Their names have now been added to the 90-man list of players and staff who have tested positive in the last seven days in the Premier League.

Three games have been cancelled this week as the Premier League continues to assess situations individually rather than pause football.

The Premier League managers’ meeting left all the bosses displeased as the organising committee had reportedly pre-decided to carry on with the league regardless of the discussion at the forum.

Jordan Henderson added his voice to the situation by saying that “nobody cares for the welfare of the players”.

The Premier League’s latest rule advises teams to go ahead with the schedule if they have 13 outfield players and one goalkeeper fit for the match.

If the teams do not heed the advice, the Premier League can penalise them as they see fit, usually meaning that the match is awarded to their opponents on the day.

The Premier League is facing a challenging situation with the Omicron variant of the coronavirus.

Clubs are not in the best shape to play, with several cases of COVID-19 floating around their squads.

However, the Premier League are looking at the business aspect, primarily the broadcasting rights.

Cancellation of even a single game hurts the Premier League financially and they are attempting to avoid monetary hits as far as they can.

The festive fixtures are usually the time when TRPs are on the higher end, meaning the Premier League can stand to gain more money than they would from matches in other months.

Understandably, they are trying to financially buff up the Premier League at a time of economic uncertainty.

However, using players and other staff members as puppets to an illness to solidify a financial equation is not what football should stand for.