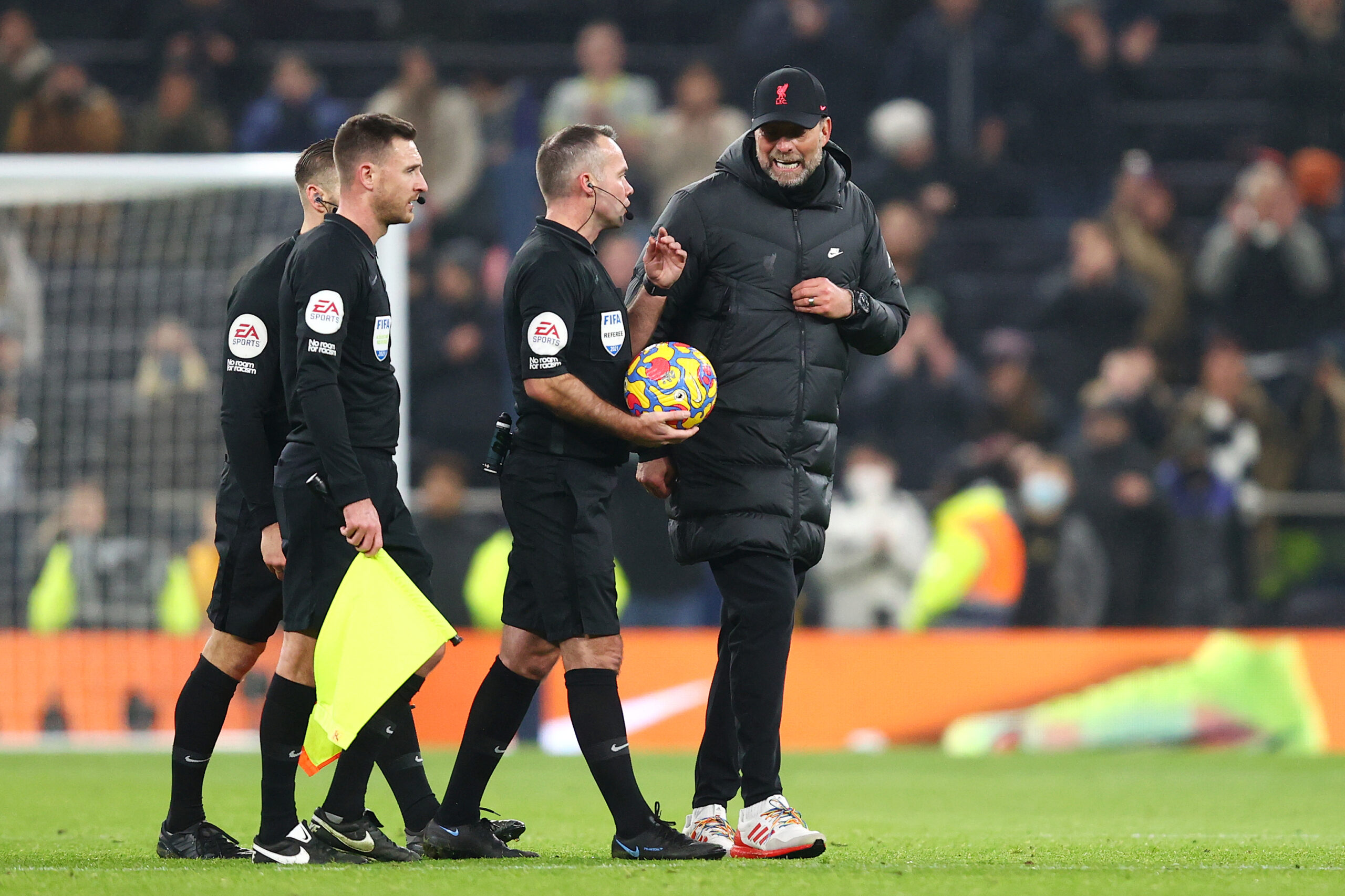 Liverpool played out an entertaining 2-2 draw against Tottenham Hotspur in London yesterday.

The match was a typical Premier League encounter with drama, high-tempo passing and end-to-end play on offer.

However, the limelight was stolen by a few refereeing calls made by Paul Tierney.

It included a dubious booking for Harry Kane for a dangerous challenge, two penalties not being given (one to each team), and a revised red card call on Liverpool left-back Andrew Robertson.

Liverpool coach Jurgen Klopp was not a happy man with the refereeing standards on display.

A fuming Klopp revealed that the referee told him Diogo Jota had stopped on-purpose to draw the challenge inside the box, something which the Liverpool coach feels every forward has to do to shoot the ball.

The German coach also slammed the referee for his double standards on the different colours of the cards shown to Kane and Robertson.

The match was a story of missed chances for both sides, and a draw seems to have been the fairest result.

Liverpool came into the match knowing that they had to win to keep up with Manchester City in the title race.

They played their usual brand of gegen-pressing football, but the absence of Virgil Van Dijk at the back hurt the Reds.

Spurs found plenty of space on the counter-attack, which added to Liverpool’s agitation and made them a more feisty team throughout the match.

Having said this, the tackle on Jota was a stone-cold penalty.

Emerson Royal did not get near the ball when he pushed the Portuguese star off it.

Klopp should not have much to complain about Robertson’s red card as it was dangerous play, and the referee had every right to send off the left-back.

However, what has correctly peeved the Liverpool boss is that Kane’s challenge was more reckless, but the England captain was shown more leniency by Tierney.