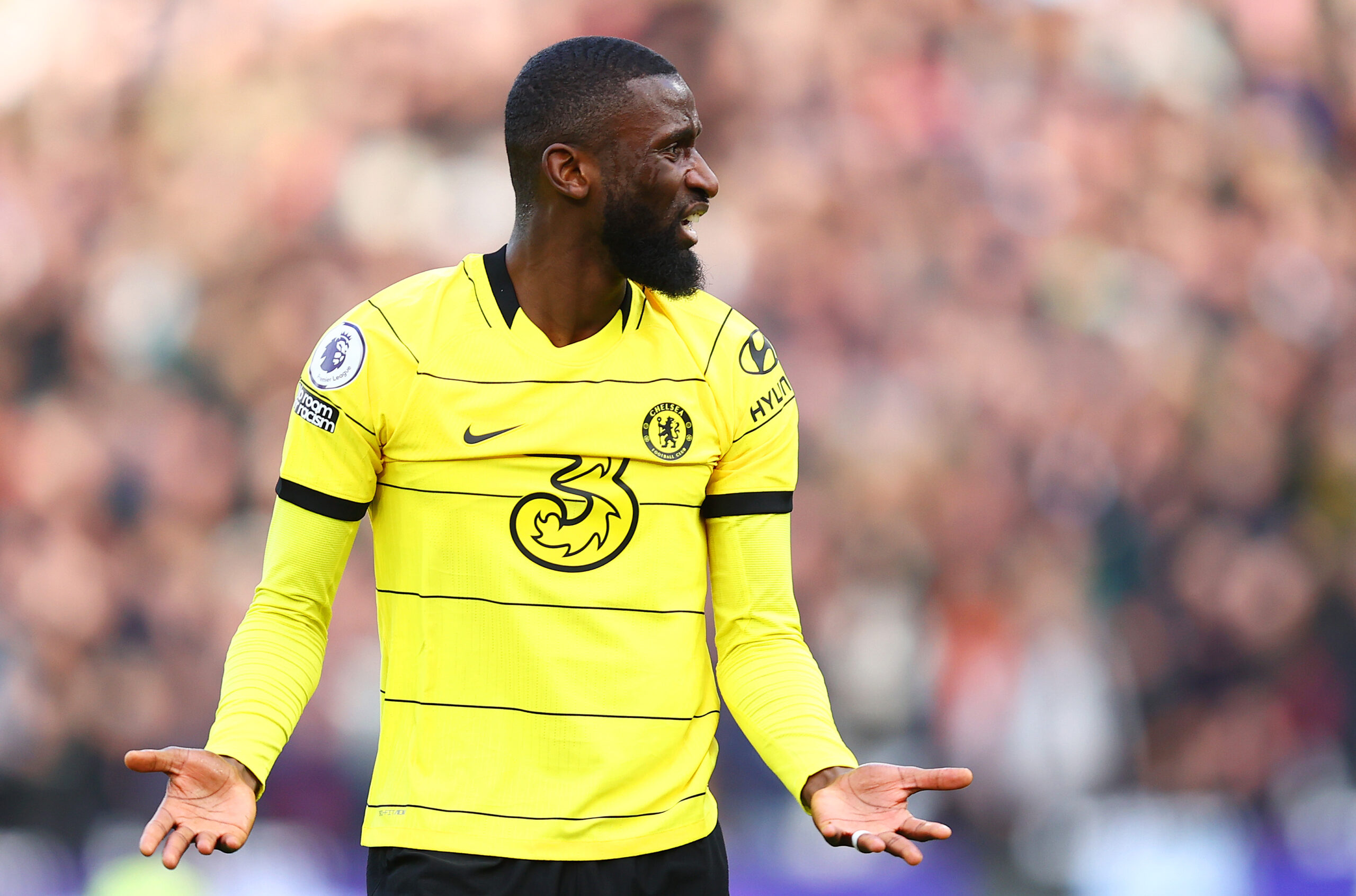 Real Madrid appears to be the most likely destination for Chelsea centre-back Antonio Rudiger next summer.

The German defender is still far from agreeing to a new deal with the Blues despite being in the last year of his contract.

Rudiger will be free to sign a pre-contract agreement with any non-English club in January.

The Guardian has reported that Real Madrid are leading the race to land the German on a free transfer.

In other news, Manchester United forward Edinson Cavani is reportedly seeking a move away from the club.

The arrival of Cristiano Ronaldo has significantly decreased his time on the pitch, pushing the Uruguayan international to seek a transfer.

Barcelona are keen on signing Cavani as they need a recognised number nine in their squad.

Sergio Aguero has been ruled out for the immediate future, with the player expected to retire in the coming weeks.

Barcelona’s transfer restraints mean they will not be able to sign the biggest players in the market, making Cavani a smart choice.

The Catalans are believed to be ready to cash in on their prized asset, with Bayern reportedly interested in the Dutch midfielder.

The club needs to raise funds to sign players in other positions, making de Jong’s sale a lucrative opportunity for Barcelona.

Barca are also targeting a loan deal for Christian Pulisic but are yet to approach Chelsea.

Real Madrid will wait until their Champions League second leg against Paris Saint-Germain before signing a pre-contract with Kylian Mbappe out of respect for the Parisian club.

Chelsea and Rudiger have seemingly gone farther apart on reaching an agreement, and it looks likely he will leave the club next summer.

He will be a good fit for Madrid, who are keen to revamp their defence.

Cavani’s decision to leave United is sensible, but he must assess other clubs before joining the turmoil in Barcelona.

Barca must not get carried away at the prospect of a cash influx from the sale of de Jong, as he can be a huge asset for the club in the coming years.

The player’s lack of discipline and work ethic has seen him fall from grace in the last few years.

Chelsea are unlikely to let Pulisic leave on a loan deal given the winger’s importance at the club.

Madrid’s decision to play godfather to Mbappe ahead of their clash against PSG is unlikely to be taken well by the Parisian club.