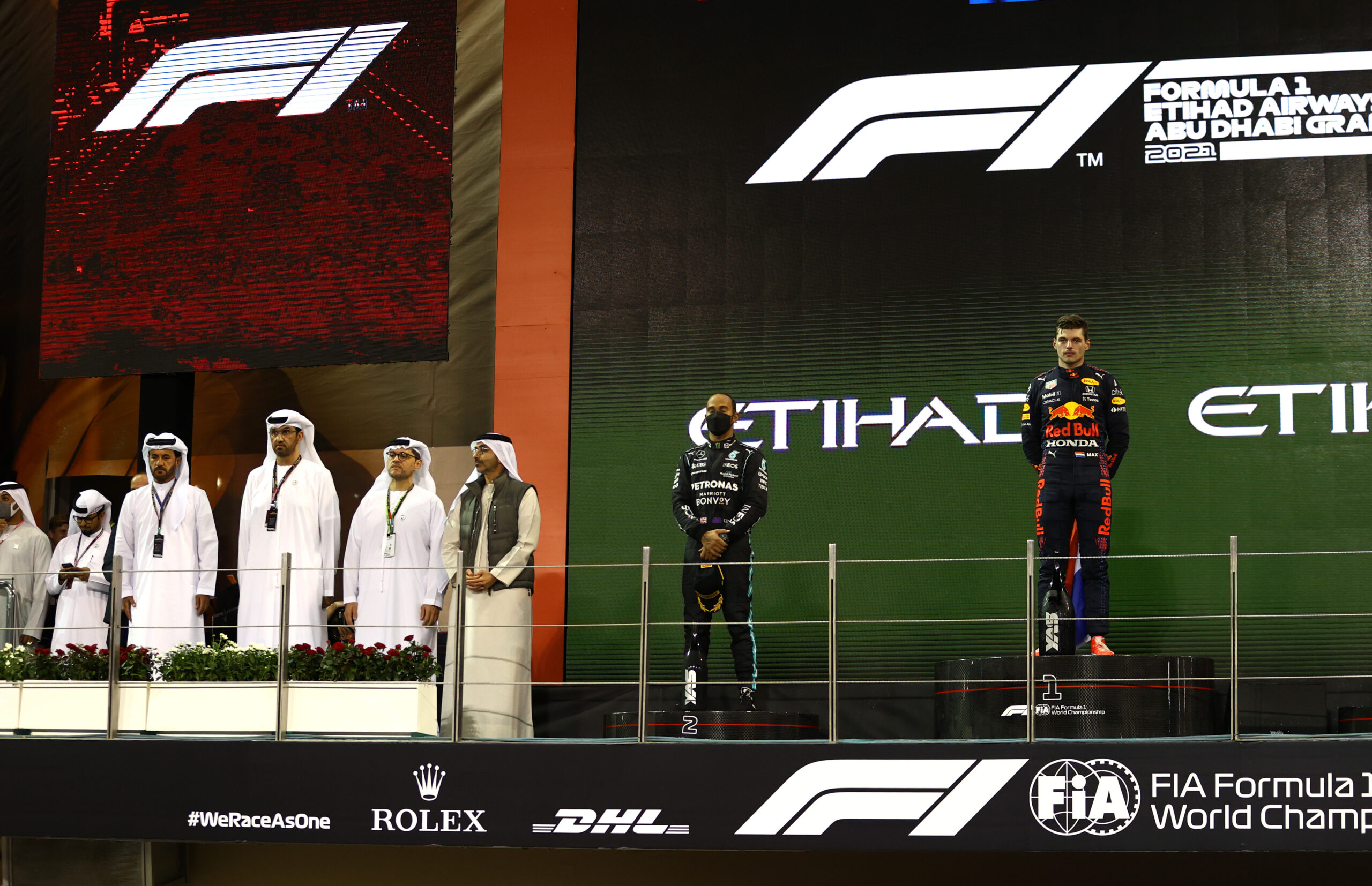 The 2021 F1 World Championship was completed in the most dramatic fashion at the Abu Dhabi GP last night.

In a true testament to the F1 calendar’s see-saw nature this year, the final GP at Abu Dhabi culminated the event in great grandeur.

Lewis Hamilton, who had made an impossible comeback earlier in the season by going level on points with Max Verstappen before the final race, lost the all-important race in the dying seconds.

Despite leading for 57 out of the 58 laps, Hamilton was overtaken in the final few seconds, owing to a turn of luck that worked in favour of Max Verstappen.

The safety car measure introduced was done to take care of the damage caused to Nicholas Lafiti’s car.

It saw Hamilton slow down to let the lapped cars go through.

This put Verstappen right behind him, who had taken extra pit stops to refresh his tires.

The stroke of luck helped the Dutch driver, but Mercedes were unhappy with how the rules were implemented.

Their first complaint was to question the decision of restarting the race only in the final lap when positions had significantly changed.

Mercedes’ second appeal came because Verstappen had reportedly nosed in front of Hamilton before the restart signal.

They have retracted their second appeal but are planning to press ahead with their first complaint with the hope of crowning Lewis Hamilton as the 2021 F1 World Champion.

Mercedes were agitated with the result of the Abu Dhabi GP.

It was a close finish, and to have Hamilton lose on pure luck would have been hard to digest.

However, the safety car rule that was implemented has always been in the midst of controversy in F1.

It is not due to a lack of transparency in the rule but rather due to the rule itself.

Stewards often have to make subjective calls, and it does not necessarily reflect well in the outcome of the race.

Ironically, it has been Hamilton who has often found himself gaining from such controversial decisions.

It was his bad luck that he finally landed on the wrong side of such a decision on one of the most important days of his career.