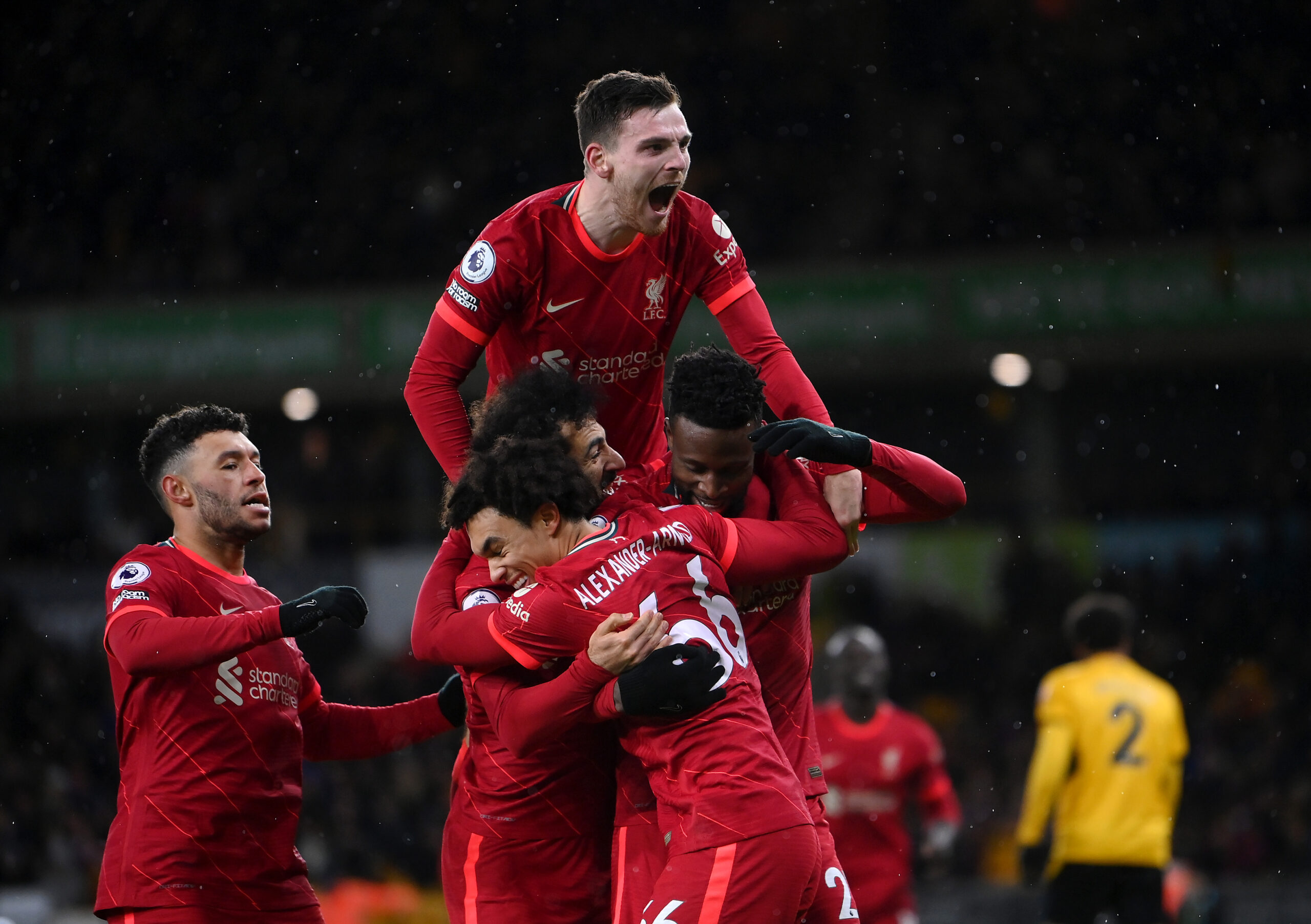 Liverpool have become the first English club to win all six matches in the group stage of a Champions League campaign.

The Reds won 2-1 against AC Milan last night to set the European record amongst English sides.

Liverpool were in arguably one of the toughest pools, with many people calling it the ‘Group of Death’.

However, they beat Atletico Madrid, Porto and AC Milan to make it six wins in six matches.

The Reds scored 17 goals conceding only six to finish with 18 points.

The second-placed team in the group was Atletico, who finished a whopping 11 points behind the Reds.

Liverpool will now have to wait for the draw to find out their opponents in the round of 16.

The Reds are one of the only two teams to have won all six of their matches in the group stage.

Ajax also won all their group stage encounters but were placed in a far easier group than Liverpool.

Bayern Munich have an opportunity to complete a clean sweep if they defeat Barcelona tonight.

Given the current form of the teams in Europe and Liverpool’s dominance this season, it is not far-fetched to predict they can go all the way in the Champions League.

The core of the Reds team, which won the Champions League in 2019, remains the same.

Liverpool’s only concern will be injuries to key players given their thin squad.

If the Reds avoid any major injuries, they can challenge for the biggest club football silverware in Europe.

Read Also: Chelsea may miss up to seven players against Zenit after fresh injury blow.