“You give a referee who has match fixed before, what do you expect” – Bellingham slams poor refereeing in Der Klassiker 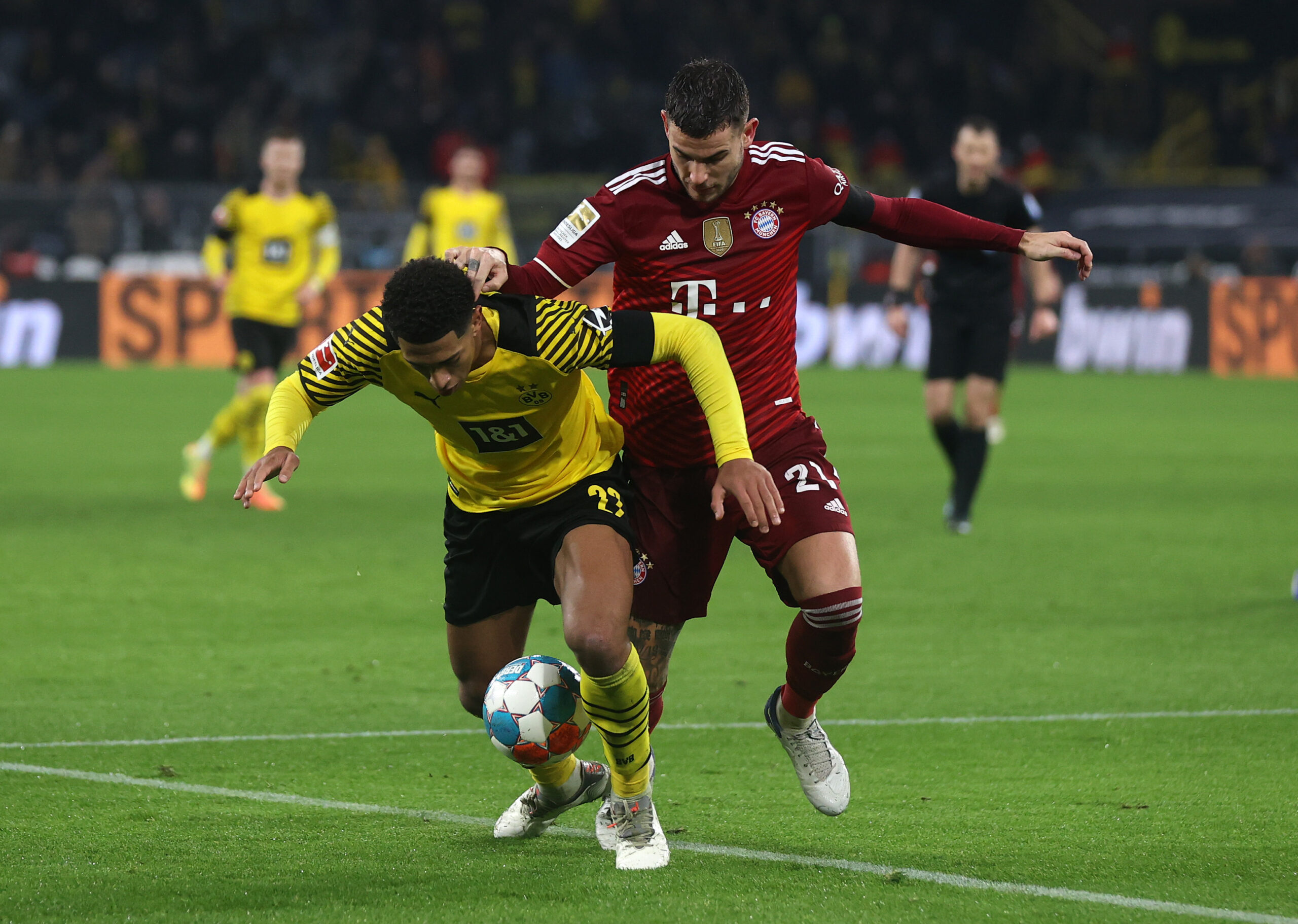 The match was marred with controversial calls, and referee Felix Zwayer has come into the limelight for the wrong reasons.

Dortmund players were left agitated after several calls went against them during the match, with most of them being controversial.

Zwayer refused to give Dortmund a penalty after Lucas Hernandez appeared to have brought down Marco Reus inside the box.

To agitate the BVB faithful further, the referee then awarded Bayern Munich a penalty for an unintentional handball.

While handball calls are often dubious, Mats Hummels had no chance of getting out of the way, and neither did he intentionally place his hand on the ball.

It seemed extremely harsh, if not entirely wrong, to award a penalty for the incident.

Zwayer refused to use the VAR on either occasion, a tech tool that would have helped him correct his judgement.

He continued to show his impatience to the Dortmund players when he sent off Marco Rose for two protests – something referees usually deal with a warning and a first booking offence on most occasions.

Jude Bellingham slammed the poor refereeing and commented about Zwayer’s past scandals in the game.

The German official was banned for six months in 2005 for a match-fixing scandal.

Bellingham said (via the BBC): “You give a referee, that has match fixed before, the biggest game in Germany, what do you expect?

“For me, it wasn’t [a penalty]. He [Hummels] is not even looking at the ball, and he’s fighting to get it and it hits him.”

“You can look at a lot of the decisions in the game.”

Bayern have been incredible this season.

They have dominated in Europe and now have a four-point lead in Bundesliga.

The German giants were being chased persistently by Dortmund, who were just one point behind them before last night’s game.

A win for Dortmund would have made a solid statement as it would have given them the advantage in the league title race.

However, Bellingham’s comments were unprofessional.

Understandably, he is overwhelmed with emotion in the immediate aftermath of the game, but questioning the integrity of another professional, regardless of their history, does not paint the young Englishman in a good light either.

Bellingham is only 18-years-old and will learn from this outburst on dealing with unfair moments in football.