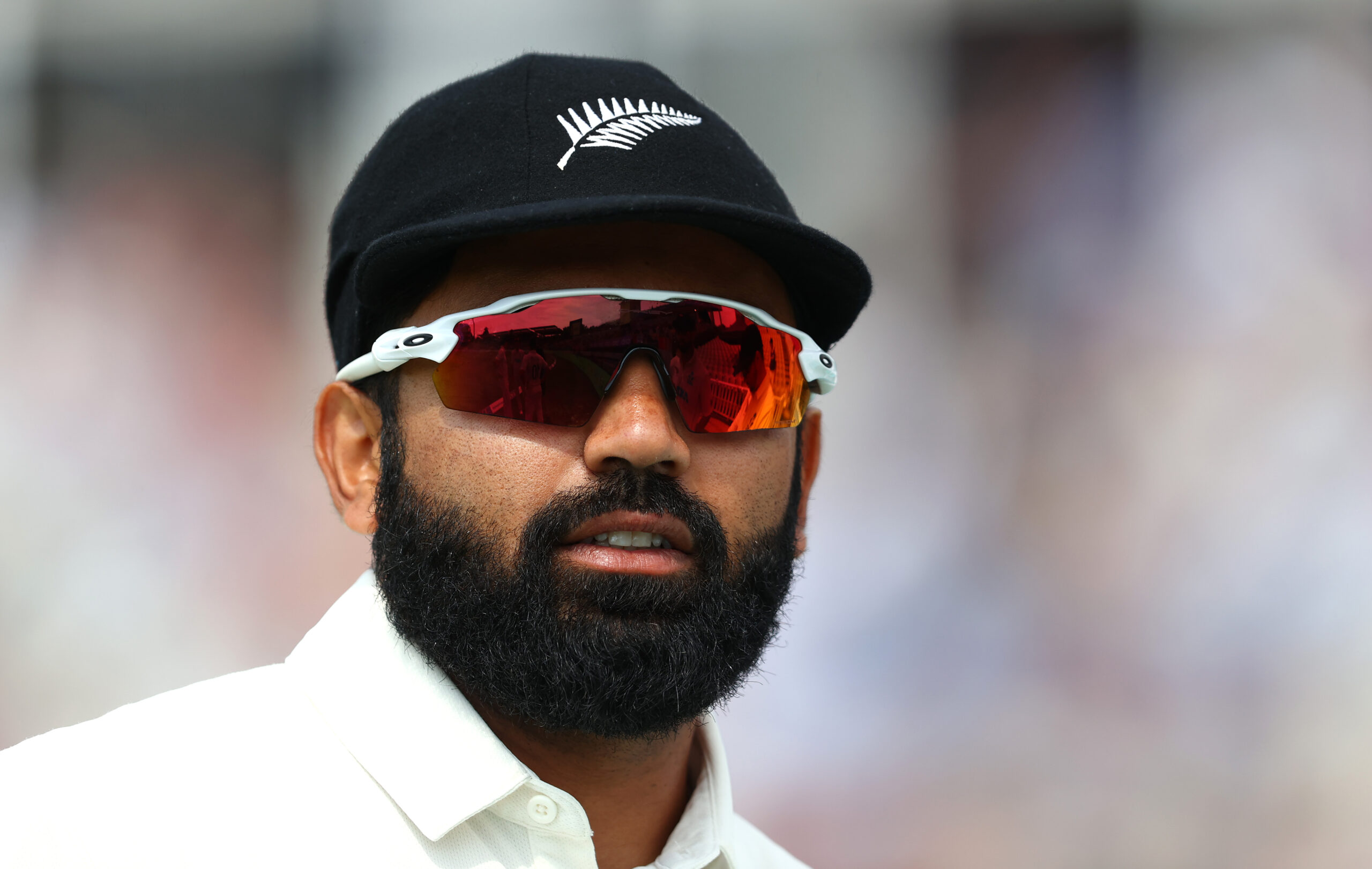 Patel made history by becoming the third bowler in the 144-year history of Test cricket to claim all 10 wickets in a single innings.

India won the toss in the second Test and chose to bat first at the Wankhede stadium.

Propelled by Mayank Agarwal’s 150, the Men in Blue scored 325 in the first innings.

While all the Kiwi bowlers failed to dismiss any Indian batsmen, Patel ran rampant through the entire batting line-up.

England off-spinner Jim Laker was the first bowler to achieve this feat in 1956.

His performance came against Australia during an Ashes series.

22 years down the line, Ajaz Patel has become the third bowler to take all 10 wickets.

New Zealand, however, has had very little to celebrate in the Test besides the achievement of Patel.

The Kiwis were bundled out for 62 in their first innings giving India a massive 263 run lead to take into their second innings.

Opting not to reinforce the follow-on, India ended the second day on 69/0.

The Mumbai track is a spinner’s paradise.

Much like most Indian pitches, the Wankhede pitch started turning from the second session of Day 1.

While the other Kiwi spinners couldn’t make use of the rough on the pitch, Patel led the way with some disciplined bowling.

He consistently used the marks while using different trajectories for different batsmen.

The Mumbai-born spinner was duly rewarded for his efforts as Indian batsmen failed to keep him out.

Patel will have a tall task tomorrow, as he has been given the onus of breaking down the Indian batting again with negligible rest in the middle.