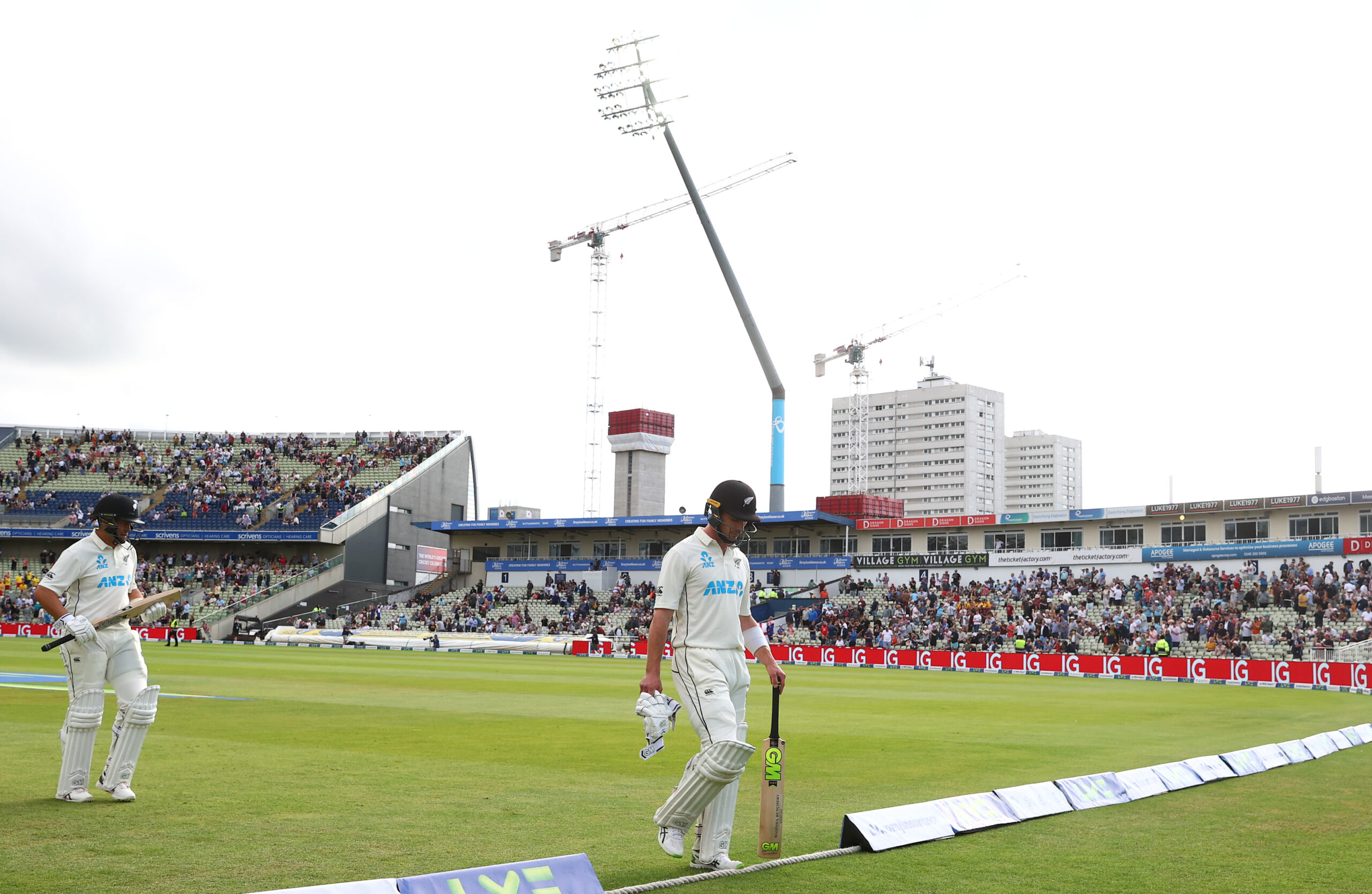 The first test between India and New Zealand will go down to the wire after the Black Caps were set a target of 284 in the fourth innings.

Shreyas Iyer’s ton took India to 345 in the first innings.

New Zealand crumbled after a massive opening partnership to end the second innings at 296.

New Zealand failed to press on their advantage as India’s lower-order dished out steady resistance before declaring on 234/7.

New Zealand ended the fourth day on 4/1 and have to score 280 runs on the final day to eke out a massive win.

India were handed a massive boost as the only New Zealand wicket to fall on the day came from questionable umpiring.

New Zealand opener Will Young was adjudged leg before wicket and had 15 seconds to review the decision.

After a lengthy discussion with his partner Tom Latham, Young signalled for the review.

However, the umpires told him that he had run down the clock and could not call for the DRS.

Sadly for Young, TV replays showed that he was inaccurately judged out.

It leaves India with the impetus ahead of the final day of a test match that has swung drastically over the first four days.

India will be glad to see the back of Young, who scored a solid 89 in the first innings.

With Young gone, it will give India the mental edge to go out and hunt for the remaining wickets on the final day.

Indian tracks are known for spinning heavily on the fifth day of a test match, and the Kanpur pitch won’t be any different.

India have three spinners in their ranks in Ravichandran Ashwin, Axar Patel and Ravindra Jadeja.

New Zealand will have to battle out a long day against relentless spin bowling if they wish to get a favourable result tomorrow.

Young will be kicking himself for not reviewing the decision earlier, but the review system should be automated as the objective of a game is to reach a result based on correct umpiring.