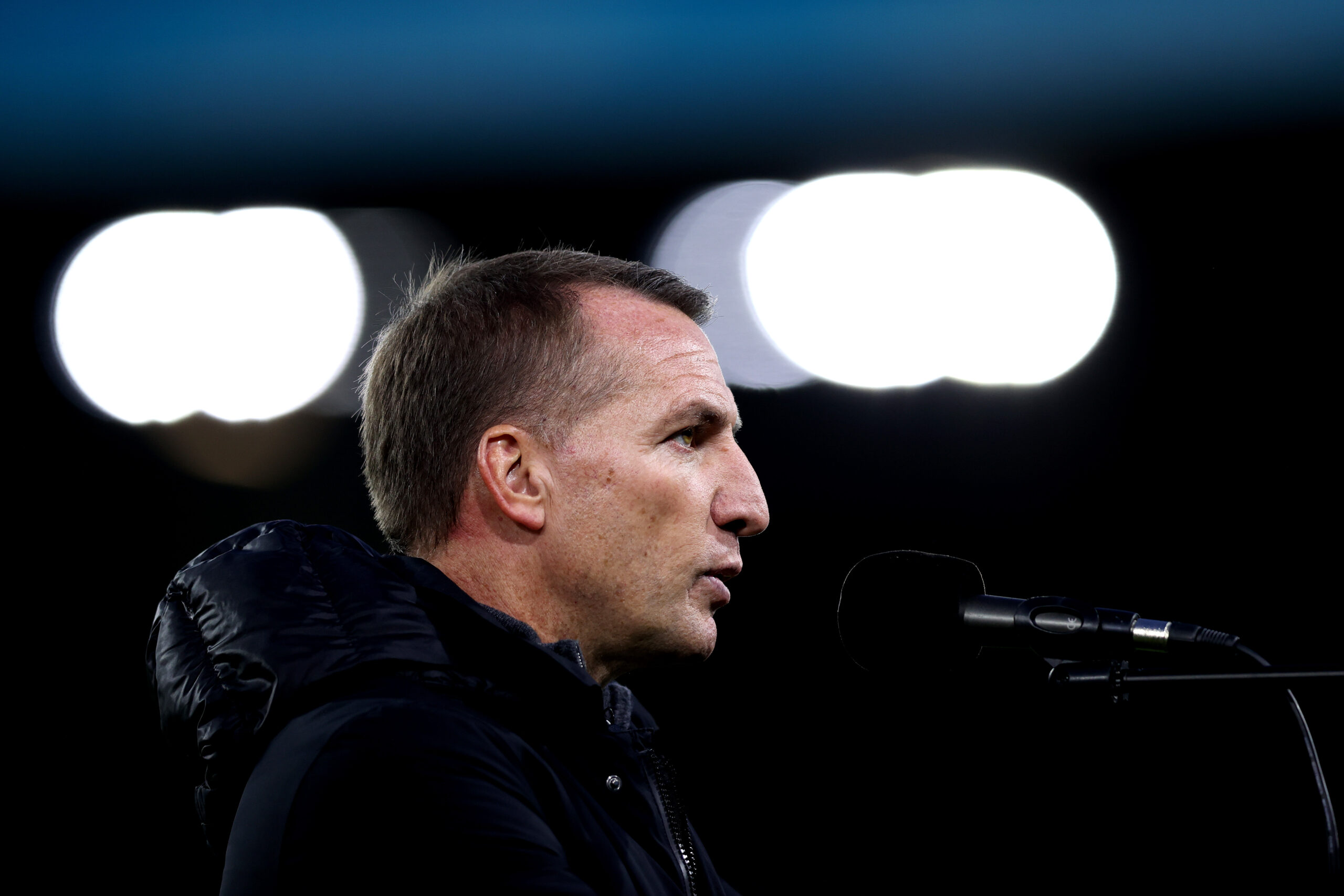 Brendan Rodgers has reiterated his commitment to Leicester City amidst rumours linking him with Manchester United.

The Red Devils are in the middle of a poor run this season, and manager Ole Gunnar Solskjaer’s job has come under immense scrutiny.

Solskjaer has assembled an expensive team at Old Trafford over the last few years, and they were expected to be on course for silverware this season.

However, with United sixth in the Premier League table, criticism has come in from all corners.

One-sided losses against arch-rivals Liverpool and Manchester City added to that voice, with many calling for Solskjaer’s head.

Brendan Rodgers is the bookmakers’ favourite to replace Solskjaer at the club, with his odds currently placed at 4/7.

Zinedine Zidane, Erik Ten Hag and Mauricio Pochettino are also believed to be leading candidates for the hot seat at Old Trafford.

When asked about the possibility of taking over at Manchester United, Rodgers said:

“I can’t comment on it [speculation] because it is not something that is real.

“All the other noise around that is something we can’t control.

Rodgers showed his class and integrity in his pre-match interview when asked about the possibility of managing United.

While the reports might be true and he could take over at Old Trafford, Rodgers did his duty towards his current employers.

He also showed a strong sense of brotherhood towards Solskjaer as sackings are discussed nonchalantly in the media.

With regards to Rodgers taking over at United, Solskjaer’s job is on thin ice at the moment.

He has been unable to deliver the goods, and United could be set to make a change to stay on course this season.

Solskjaer has done a decent job rebuilding the team at Old Trafford, but their current form suggests he may no longer be the best-equipped person to take them forward.