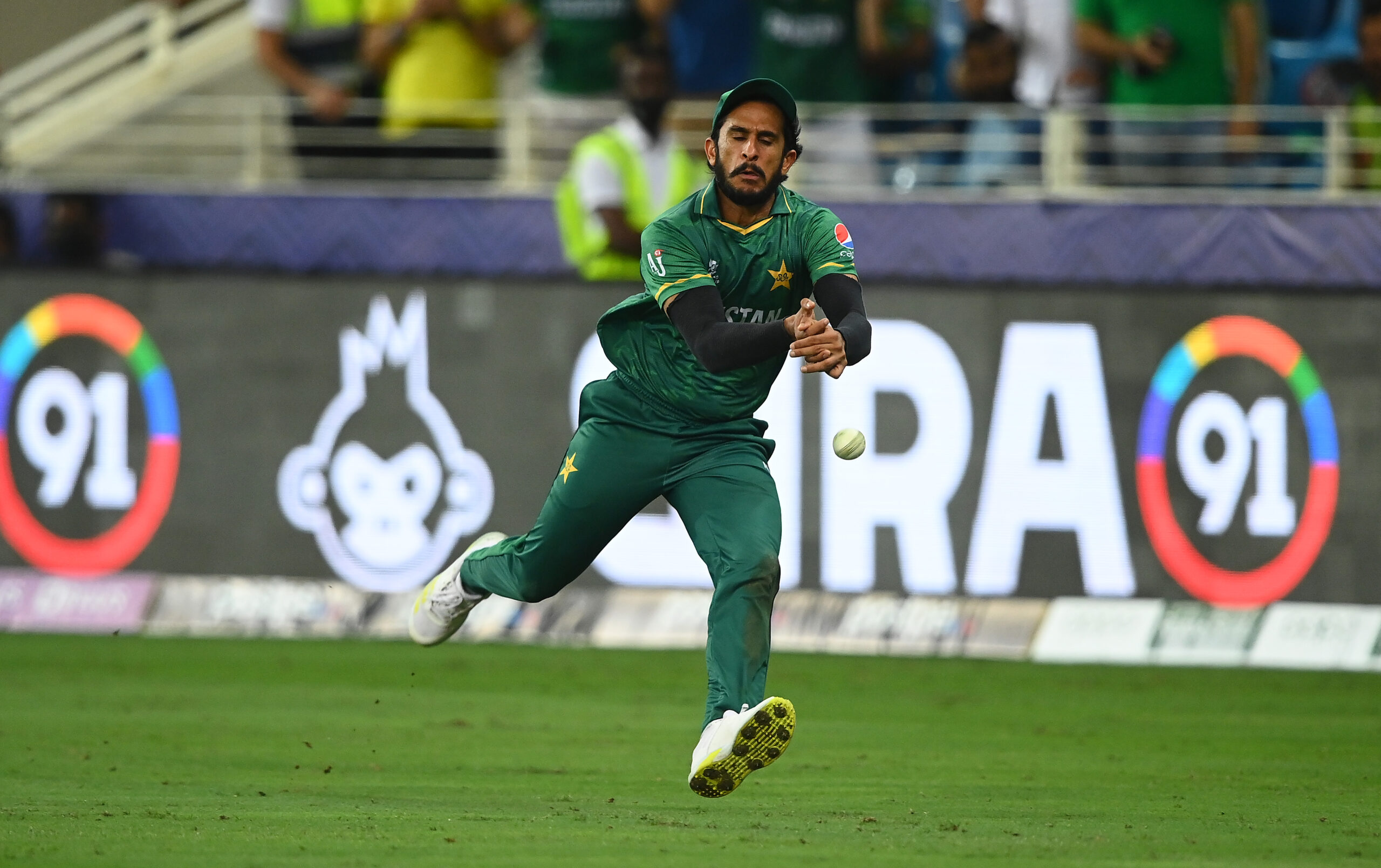 Hasan Ali had a forgettable outing for Pakistan in their semi-final defeat against Australia at the T20I World Cup.

Put in to bat first, Pakistan stacked up 176 runs for the loss of four wickets in their quota of 20 overs.

With Austalia chasing a challenging 177, Pakistan held the upper hand till the 18th over.

A dropped catch of Matthew Wade by Hasan Ali in the 19th over proved fatal as the Aussie batsman went on to smack the next three balls for as many sixes to win the match for the Baggy Greens.

Ali did not have a good night with the ball either, as he went wicketless in his quota of four overs, conceding 44 runs in the process.

With the spotlight of the media on him and the guilt of the drop catch on top, Hasan Ali will have to find a way to cope with the pressure.

He has found support in the form of former Pakistani captain Wasim Akram.

The left-arm pacer has urged Pakistan cricket fans not to turn on the player and explained that a dropped catch is very much part of the game.

Akram sympathised by saying that he has dropped important catches and fans should understand that Ali tried his best.

Pakistan had a dream run in the tournament until their fateful semi-final defeat last night.

However, regardless of the result, the Pakistan cricket team gave an excellent account of themselves on the big stage.

Tipped by most to fail in the World T20, Pakistan upset India and New Zealand with ease to leave their mark on the tournament.

It is a newly assembled side led by the composed Babar Azam, and they are sure to deliver more if they continue to play such good cricket.

As for Hasan Ali, Akram’s thoughts on the situation sum up precisely what the game is all about.

Fans are understandably emotional when their teams lose, but so are the players.

Hasan Ali has fought hard to earn his place in the national team, and one bad performance should not define him.

He needs support and encouragement from the fans as it is one of his lowest moments.

It is their responsibility to back the professionals in their darker moments.