NFL 2021: Sirianni under the cosh as Eagles head into vital stretch of games 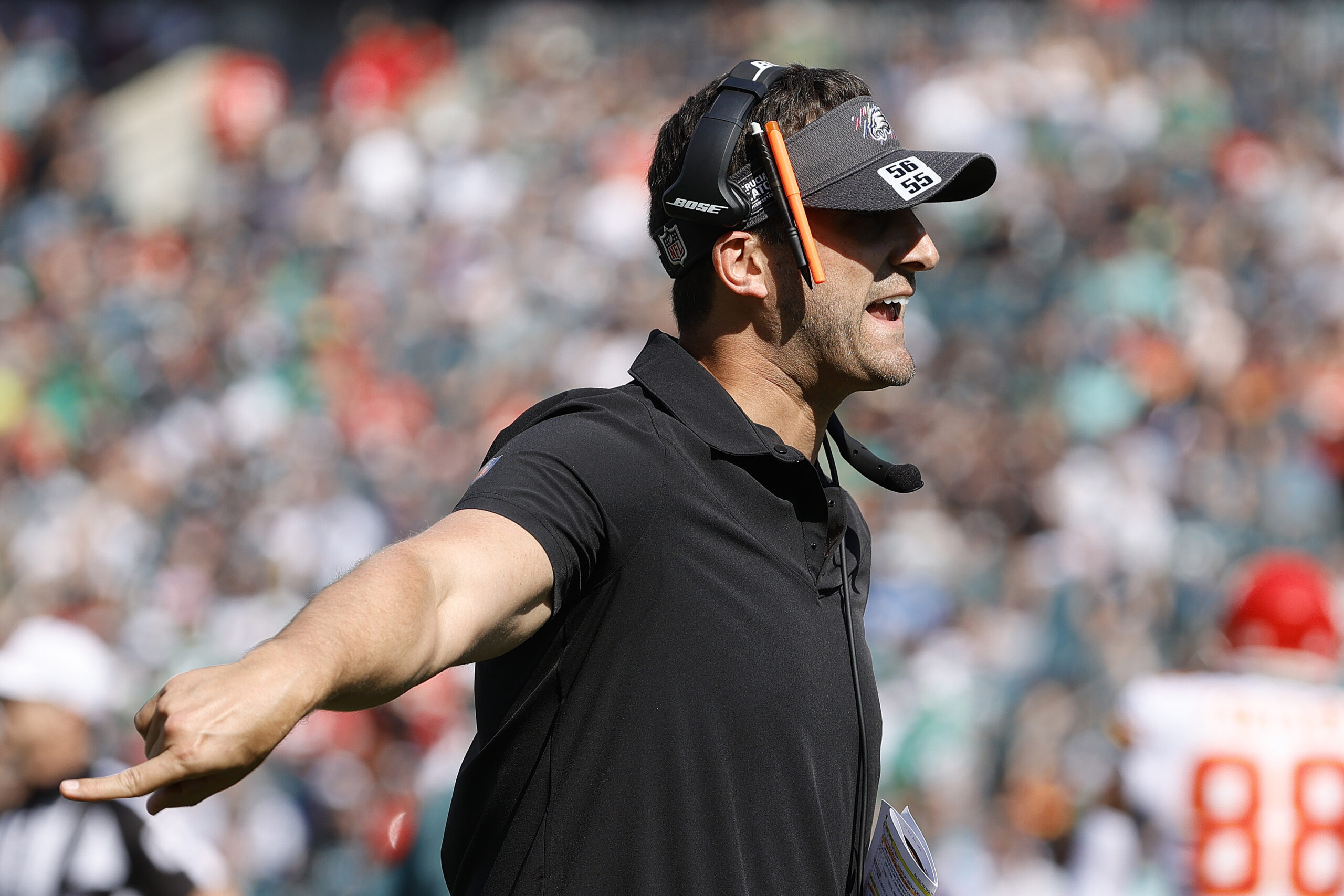 The Philadelphia Eagles’ 28-22 defeat against the Tampa Bay Buccaneers took them to 2-4 for the season, which is where most NFL pundits thought they would be.

However, there have been signs of restlessness amongst the Eagles’ faithful, with many of them already questioning head coach Nick Sirianni.

Defeats against the Buccaneers, Dallas Cowboys and Kansas City Chiefs were not unexpected, but the manner of the performances was undoubtedly worrying.

Sirianni’s play-calling has come under fire, with his refusal to utilise the skills of running back Miles Sanders baffling many observers.

Sanders has averaged less than 10 carries per game – a criminally low tally for a player who possesses the ability to rip teams apart.

The Eagles over-reliance on the passing game has put quarterback Jalen Hurts under more pressure, and the strain appears to be negatively impacting his performances.

Despite the current state of play, the upcoming schedule offers the Eagles hope that they can force their way into play-off contention. We take a look at what’s in store over the coming weeks.

A near 1,200-mile round trip awaits Eagles fans on Halloween, but they will believe it will turn into a fruitful journey.

The Lions are the only team in the NFL to lose their first six matches this season, and the Eagles are fancied to add to their woes.

Trading away quarterback Matthew Stafford for Jared Goff and two first-round picks looked a sensible move at the time, but things have not gone to plan.

Goff has gone three games without a touchdown pass and has shown nothing to suggest that he will ever come close to being a suitable replacement for Stafford.

The Eagles have lost their three most recent meetings with the Lions, but this is a golden opportunity to set the record straight.

The Los Angeles Chargers’ offensive unit has looked in fine fettle this season, with quarterback Justin Herbert leading the team to four wins from their first six matches.

However, they have looked highly vulnerable defensively – a point perfectly highlighted by their dismal 34-6 defeat at Baltimore Ravens.

Unfortunately, their issues tend to come against the running game, something that the Eagles have been neglecting during the current campaign.

Conceding 42 points in a narrow victory over the Cleveland Browns highlighted the Chargers’ frailties, but whether the Eagles can capitalise is up for debate.

If they can keep Herbert quiet, they are more than capable of picking up a win, although Sirianni will need to shake off the running game shackles for that to happen.

Quarterback Teddy Bridgewater started the season well, but costly errors in the last two games have dropped the Broncos to 3-3 for the season.

The Broncos had looked strong defensively, although it is worth pointing out that they defeated three teams who have won just three games between them this term.

Denver surrendered 426 yards against the Raiders – a tally that suggests their defensive unit is not all it is cracked up to be.

The Broncos won just one of their opening three games at home. On that basis, the Eagles should have nothing to fear on November 14.

The Saints have been inconsistent this season, with injuries to some of their key players hindering their attempts to string together a winning run.

Quarterback Jameis Winston is struggling to prove he can be the long-term replacement for Drew Bees, despite showing flashes of his talent.

Winston has been unable to shake off his habit of making crucial errors, leaving the Saints frustrated at what might have been this season.

Injuries to Michael Thomas, Erik McCoy and Wil Lutz have not helped their cause, but the Saints could be a handful when they return.

The Eagles triumphed 24-21 when the two sides met last December. Another extremely tight encounter could be on the cards in their next match-up.

While Eagles fans are frustrated with how their team’s season is going, it is fair to say things are not as bad as the New York Giants’ situation.

The Giants’ faithful turned on the team after a 38-11 home defeat against Los Angeles Rams, subjecting the players to a chorus of boos during and after the game.

The players have not taken too kindly to the criticism, and the row threatens to overshadow what is turning out to be another dismal season.

The Giants face a difficult November, with Kansas City Chiefs and Tampa Bay Buccaneers amongst their upcoming opponents.

The schedule has been kind to the Eagles but if they fail to take two points from this game, they may as well pack up and go home.