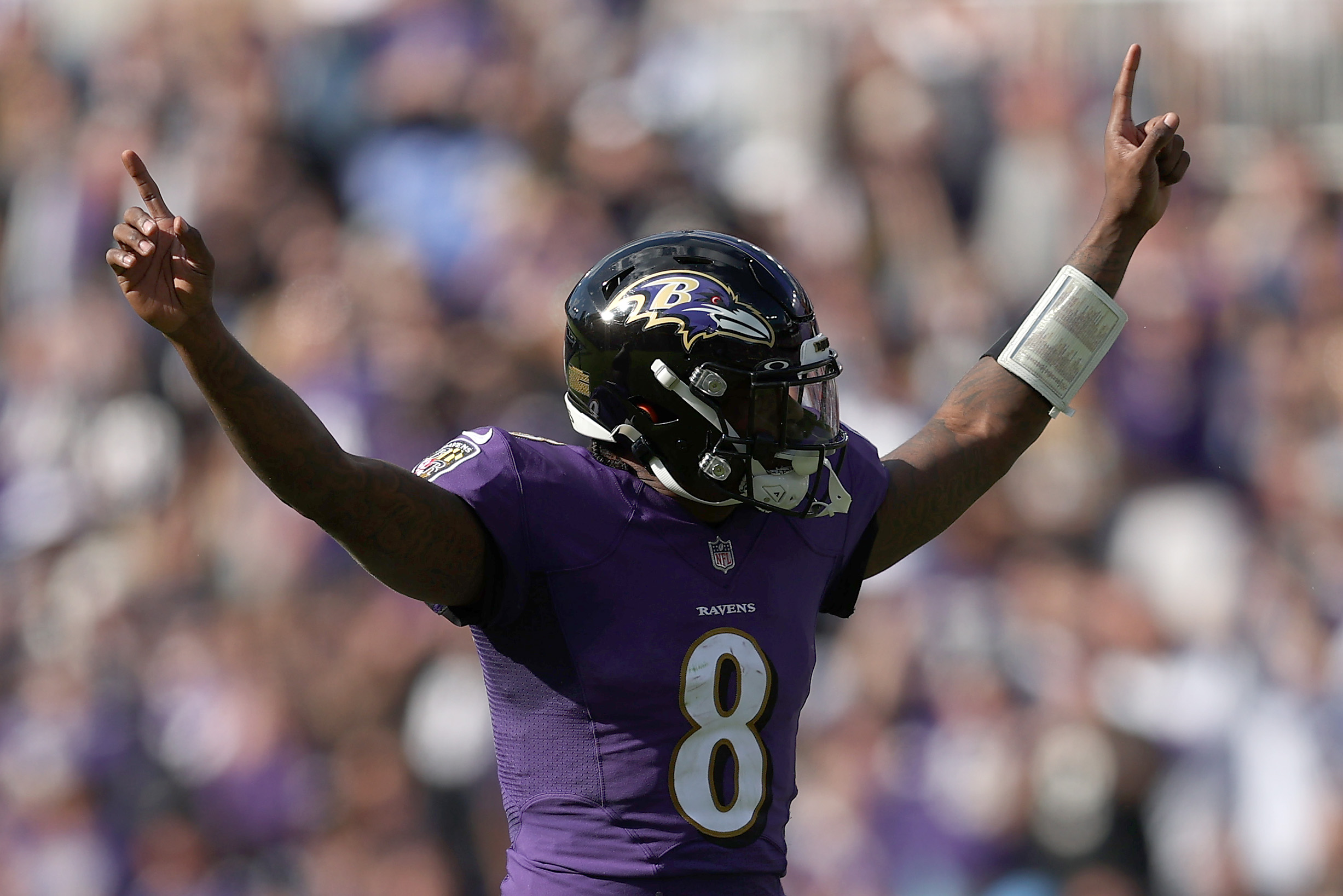 The Baltimore Ravens made a huge statement in Week 6, romping home 34-6 against the Los Angeles Chargers to move to 5-1 for the season.

They kept a lid on promising Chargers quarterback Justin Herbert, restricting him to just 195 passing yards and one touchdown.

However, their defensive unit has not been at its best during the current campaign, with the season-long loss of Marcus Peters undoubtedly a major blow.

The Ravens have been overly reliant on the blitz, which has given their defensive play a rather one-dimensional look through the first six games.

Despite this, there are plenty of reasons to believe that the Ravens could mount a serious challenge for Super Bowl glory this term.

Lamar Jackson, Justin Tucker, Mark Andrews, Marquise Brown have been amongst their standout players, and many others have stepped up to the mark in recent weeks.

Jackson is showing the form that made him the league’s MVP in 2019, and that is an ominous sign for the rest of the NFL.

All things being equal the Ravens should progress easily to the post-season, and anything should be possible from there.

Their schedule during November is undoubtedly tough, although it would be no surprise to see them sweep the opposition aside. We take a closer look at what’s in store.

The Vikings are a tough team to predict, with their 3-3 record after six games highlighting their highly unpredictable nature.

Their most comprehensive result was a 30-17 victory over Seattle Seahawks, with each of their other games won or lost by less than a seven-point margin.

The Vikings needed overtime to defeat the Carolina Panthers – the second time this season they have gone into an extra session.

Multiple close encounters have a habit of catching up with NFL teams, and the Ravens will view this game as an extremely winnable opportunity.

The Ravens have looked in good shape on their own patch this season and should prove too strong for the Vikings in what is likely to be a feisty encounter.

A trip to Miami should hold no fears for the Ravens, with the Dolphins lurching to a 1-5 record during the early part of the season.

Quarterback Tua Tagovailoa returned from injury against the Jacksonville Jaguars but failed to turn the team’s fortunes around.

The Dolphins continue to be linked with Deshaun Watson, which will undoubtedly be having a negative impact on Tagovailoa’s mindset right now.

Given the nature of the sexual misconduct allegations made against Watson, it seems unthinkable that any NFL franchise would consider him a viable option.

The Dolphins’ failure to give Tagovailoa any assurances about his future can work to the Ravens’ benefit, and they are strongly fancied to pick up a victory here.

While the Bears are another team who find consistency hard to come by, the Ravens would do well not to underestimate the threat they pose.

Fields was sacked four times by the Packers and finished just 16 of 27 passes for 174 yards with a touchdown and an interception.

Injuries to several key players have not helped the Bears’ cause this season, and they will be hoping for some respite over the coming weeks.

Two wins from their first three home games highlight that the Bears are no pushovers on their own patch, but the Ravens look a good bet to come away with a victory.

The Browns have been particularly badly hit by injuries, with several of their key players spending time out of action over the past few weeks.

Quarterback Baker Mayfield has struggled with a shoulder injury since Week 2, while Kareem Hunt has picked up a calf problem.

Cleveland fell to 3-3 for the season with a dismal 37-14 home defeat against the Arizona Cardinals, and things may get much worse for them over the next few weeks.

Their upcoming schedule is packed with challenging games, and the Ravens should have enough about them to record another statement victory in this one.