NFL 2021: Jaguars’ victory provides a platform to build from 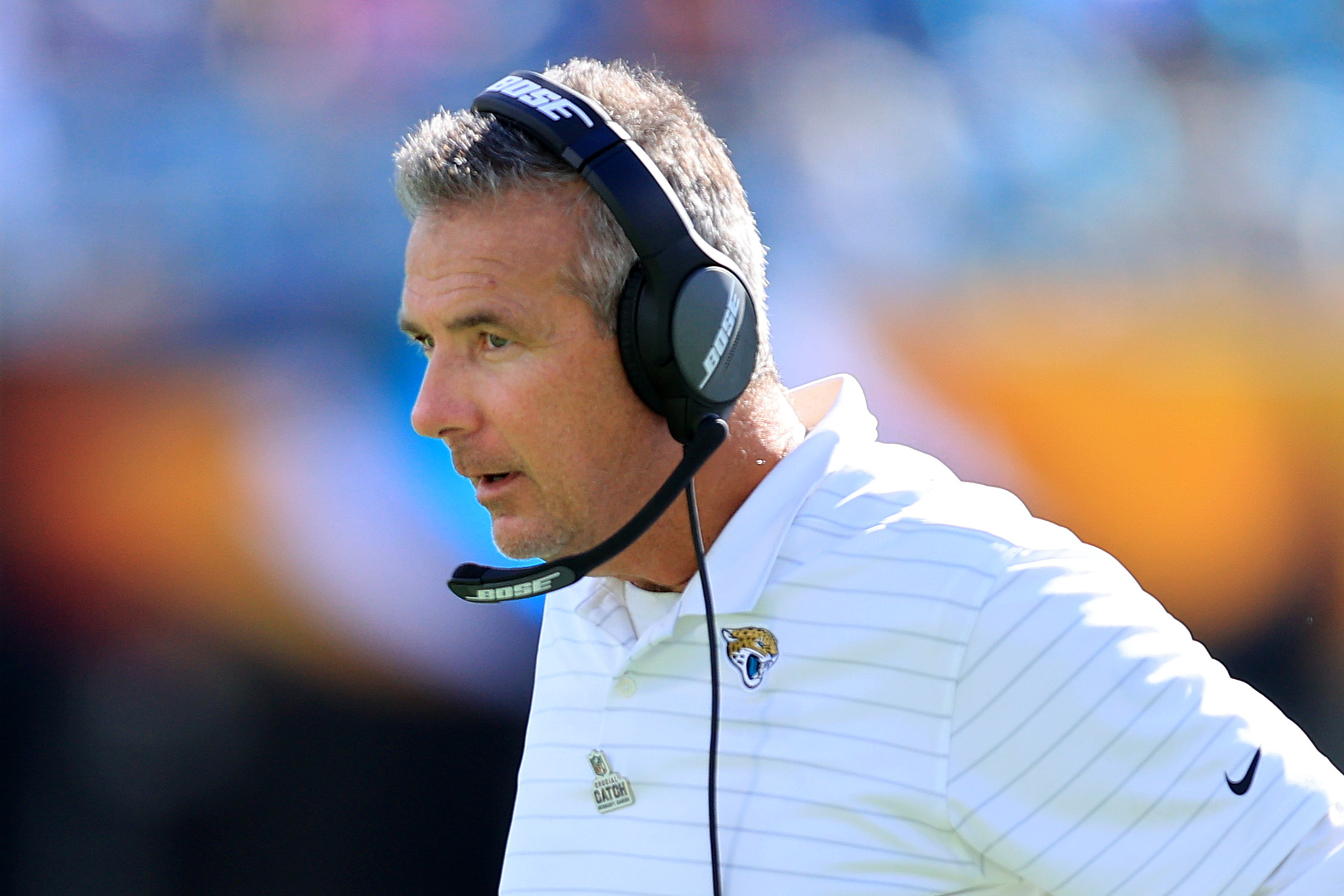 The Jacksonville Jaguars finally ended their 20-game losing streak on Sunday with a thrilling 23-20 victory over the Miami Dolphins at Tottenham Hotspur Stadium in London.

It was Urban Meyer’s first-ever victory as an NFL head coach after a stellar career in college football and the first time the Jaguars had won in 399 days.

Matthew Wright’s 53-yard field goal as time expired was the difference between the two sides and understandably sparked wild celebrations in the Jaguars’ ranks.

Quarterback Trevor Lawrence demonstrated why he is so highly rated, completing 61% of his passes, throwing for over 300 yards and turning the ball over just once.

However, a 1-20 record in their last 21 games highlights that the Jaguars would be well-advised not to get too carried away just yet.

Having said that, the upcoming schedule does provide the Jaguars with realistic opportunities of putting some more points on the board. We look at what’s in store over the coming weeks.

If you are looking for ideas for a Halloween night out, it is unlikely that the clash between the Seahawks and the Jaguars will feature high on the list.

However, if you choose to do something else, you may well miss out on a golden opportunity to see the Jaguars record another win.

The Seahawks are now 2-4 for the season following their defeat at Pittsburgh Steelers, and injuries to key players are threatening to derail their season.

Sunday’s loss was the first game quarterback Russell Wilson had missed since December 2012, and he will not be fit to face the Jaguars.

Talk of a possible move for Cam Newton highlights how desperate the Seahawks are right now, and the Jaguars must look to take full advantage.

The Bills (4-2) suffered a narrow 34-31 defeat at Tennessee Titans, although they can count themselves unfortunate to come out on the wrong side of a thriller.

Quarterback Josh Allen completed 35 of 47 passes for 353 yards and three touchdowns but somehow still finished on the losing side.

Buffalo’s famed defence had an off day, allowing Titans’ running back Derrick Henry far too much freedom throughout the game.

However, the Bills have racked up 104 points in three outings on the road this season and will fancy their chances of running riot against the Jaguars’ backline.

The Jaguars are averaging under 20 points per home game this season, and it would be a major surprise if they can defeat the Bills in this one.

The Jaguars will view their visit to the Colts as a winnable game, although the landscape has changed a little in Indianapolis over the past few weeks.

The decision to sign Carson Wentz looked destined to flop, with the quarterback making a plethora of mistakes during the early part of the season.

However, he threw for 402 yards and two touchdowns in a narrow 31-25 defeat at Baltimore Ravens and continued in the same vein against the Houston Texans.

Wentz once again looked in excellent shape, throwing 20 times for 223 yards, two touchdowns and no interceptions in a 31-3 demolition job.

If Wentz continues his recent form this will be a tough trip for the Jaguars, but the 28-year-old has not been known for his consistency over the past two seasons.

The Week 6 bye came at just the right time for the 49ers after a run of three successive defeats left them 2-3 for the season.

Losing Raheem Mostert for the entire campaign blew a massive hole in their offensive playbook, while their defensive unit has looked extremely average.

Despite their struggles, the 49ers are still in touching distance of a wildcard berth, and they will be keen to maintain their play-off bid over the next few weeks.

While talk of winning the Super Bowl is fanciful, this 49ers team have the ability to blow teams away if everything clicks into place.

They have won their last three meetings with the Jaguars and look a good bet to extend that run in their latest meeting.

The Jaguars and Falcons will head into their final game in November believing that their respective opponents are beatable.

The Falcons went 2-3 in their first five matches, producing strong performances in victories over the New York Giants and New York Jets.

They were routed by the Philadelphia Eagles and Tampa Bay Buccaneers, but their offense has been steadily improving in recent games.

There are still plenty of holes elsewhere in their roster, which should give the Jaguars hope that they can end November on a high note.

The Panthers have a reasonably tough schedule before visiting Jacksonville, further boosting the Jaguars’ chances of picking up two points.