NFL 2021: Giants have a mountain to climb over the next few weeks 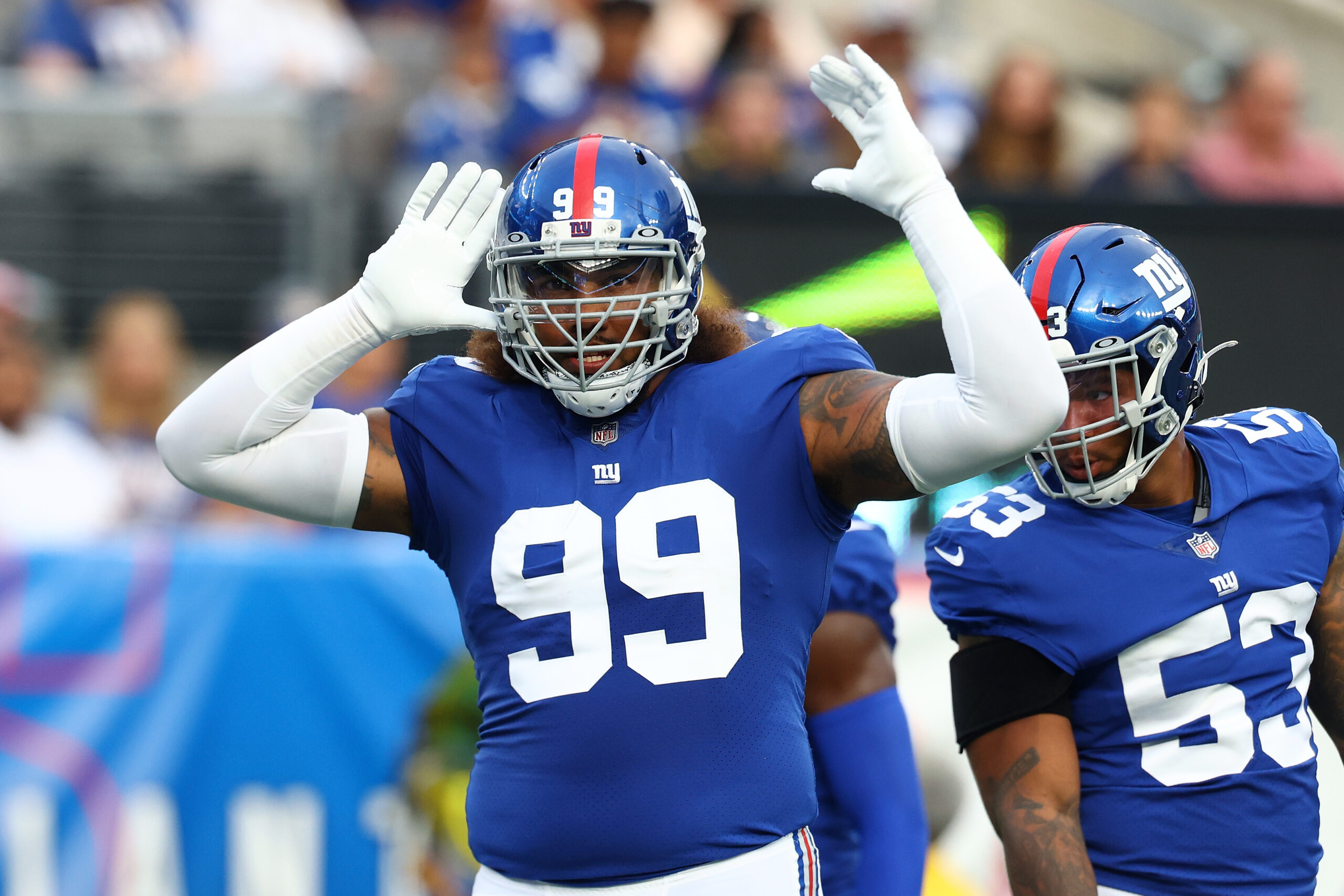 Some players took exception to being booed, with Leonard Williams particularly critical about the reaction of the Giants’ faithful.

However, Williams and his teammates are 0-3 at home this season and have been beaten by a combined score of 82-38. The criticism is completely warranted.

Having gone 34-67 during his time in the NFL, Williams certainly knows a thing a two about being on the losing side in the professional ranks.

While Williams is not solely to blame for the Giants’ demise, speaking out against the fans is unlikely to end well for him.

The fans are justified in feeling angry and are fully justified in expressing their frustration, given that they are paying good money to watch a sub-standard product.

Since the start of the 2017 season, the Giants have lost more than 70 percent of the games they have played. Unacceptable performances have become the norm.

Unfortunately for Giants fans, the team’s schedule during November does not offer too many chances to turn things around.

Two of their games are on the road against legitimate Super Bowl contenders, highlighting the size of the task they face. We take a closer look at what is in store.

The Chiefs are still amongst the favourites to win the Super Bowl despite making an indifferent start to the 2021 campaign.

They looked in trouble against Washington in their sixth game this season, but a 21-0 run in the final 20 minutes sealed an impressive 31-13 victory.

With the Chiefs’ defensive unit also clicking into the gear, it would be no surprise to see the 2019 champions go on a long winning run now.

The Giants have won 11 of their 14 previous meetings with the Chiefs, but it would be a major shock if they enhanced that record this time around.

The Raiders kicked off the post-Jon Gruden era with a stylish 34-24 victory at Denver Broncos to boost their chances of progressing to the play-offs.

Gruden’s exit came after it was reported he sent emails including racist, homophobic and misogynistic comments about several people in the NFL.

However, the controversy appeared to galvanise the Raiders who bounced back from two successive defeats to leave the Broncos stunned.

Special teams coordinator Rich Bisaccia made an immediate impact as interim head coach, and he will be keen to make an impression over the coming weeks.

The Raiders have not recorded a winning season since 2016, but they should prove to be far too strong for the Giants at the MetLife Stadium.

Things don’t get any easier for the Giants after their bye week as they travel to Tampa Bay to face the reigning Super Bowl champions.

Despite losing several key players to injury the Buccaneers keep finding ways to win, with quarterback Tom Brady continuing to roll back the years.

He finished with 34 of 42 for 297 yards and an interception and will fancy his chances of putting the Giants’ backline to the sword when they go head-to-head.

The Giants ran the Buccaneers close when they met last November, but their latest meeting is likely to result in a comfortable victory for Brady and co.

The Giants end the month with a winnable-looking home game against the Eagles, although it would be foolish to think this is a banker bet.

The Eagles did well to record a comeback victory over the Carolina Panthers and showed plenty of spirit in their 28-22 defeat against the Buccaneers.

Quarterback Jalen Hurts has finally found some form, while Miles Sanders, Quez Watkins and DeVonta Smith have looked much livelier.

The Eagles need to protect Hurst a little more to build on their recent performances, but their offense is likely to give the Giants plenty of problems.

The Giants triumphed 27-17 when the teams met last November to end an eight-game losing streak against these opponents. Another tough encounter is on the cards in this one.